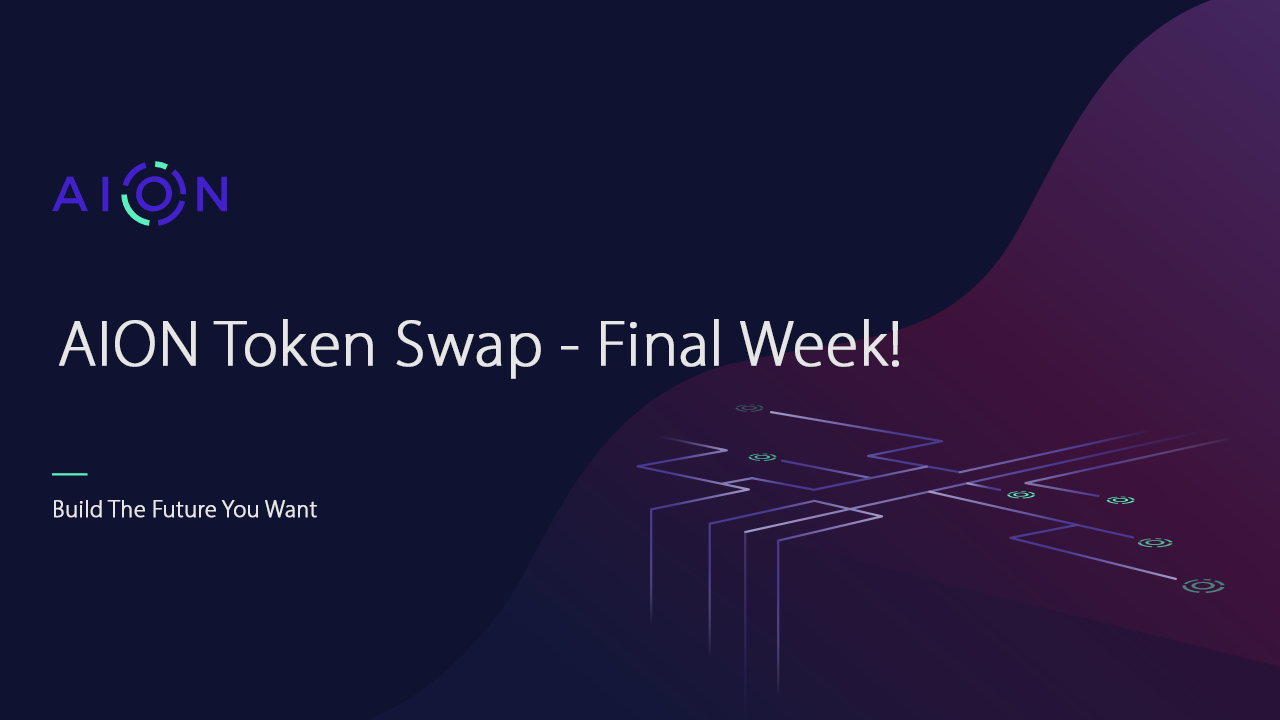 Aion (AION) is a multi-tier blockchain system designed to address unsolved questions of scalability, privacy, and interoperability in blockchain networks.

On November 23, the Aion team announced the final week of the Aion Token Swap. The token swap, during the which AION Token (ERC-20) is swapping to the AION Coin, is mandatory and will be ending November 30 at 23:59:59 UTC.

According to the announcement, several exchanges and wallets are now supporting the AION Coin and the majority of the AION Tokens have been swapped.

The Aion team outlined two of the easiest ways to complete the swap: using Changelly or the Aion Token Bridge.