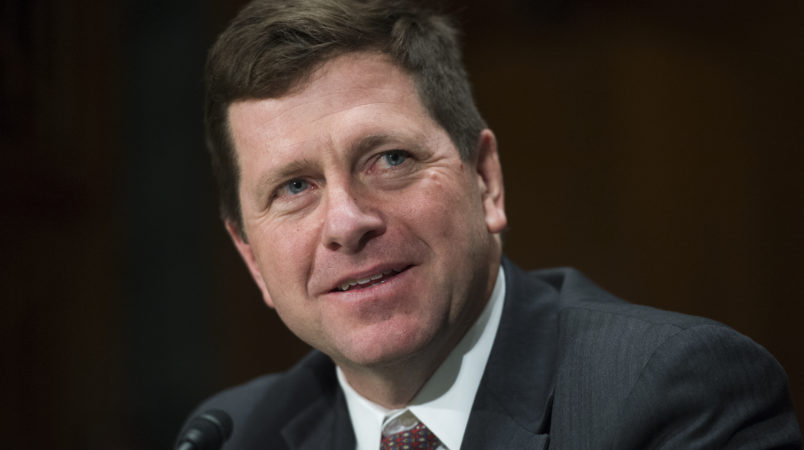 The chairman of the U.S. Securities and Exchange Commission (SEC) Jay Clayton said Tuesday that he doesn’t see a pathway to a cryptocurrency ETF approval until concerns over market manipulation are addressed, Coindesk reported.

“How that manipulation issue gets addressed, I don’t have a particular path. But it needs to be addressed before an ETF gets approved”, – Clayton remarked during CoinDesk’s Consensus: Invest conference.

He also remarked that custody concerns also remain an issue ahead of any kind of ETF approval.

Clayton – who clarified at the outset that he was speaking in a personal capacity, and not on the part of his agency – also honed in on the question of whether the sale of tokens during initial coin offerings (ICOs) constitute securities offerings.

“If you finance a venture with a token offering, you should start with the assumption that it is a security,” – he remarked.

However, Clayton conceded that in some instances, the status of a particular token isn’t as clear-cut.

On the other hand, “many are very obvious,” according to Clayton:

“I’m selling you my token, I’m going to go off and produce a venture and, hopefully, you’ll get a return for having purchased that token.”

The chairman also offered a bit of advice for those looking to pitch tokens to potential investors: