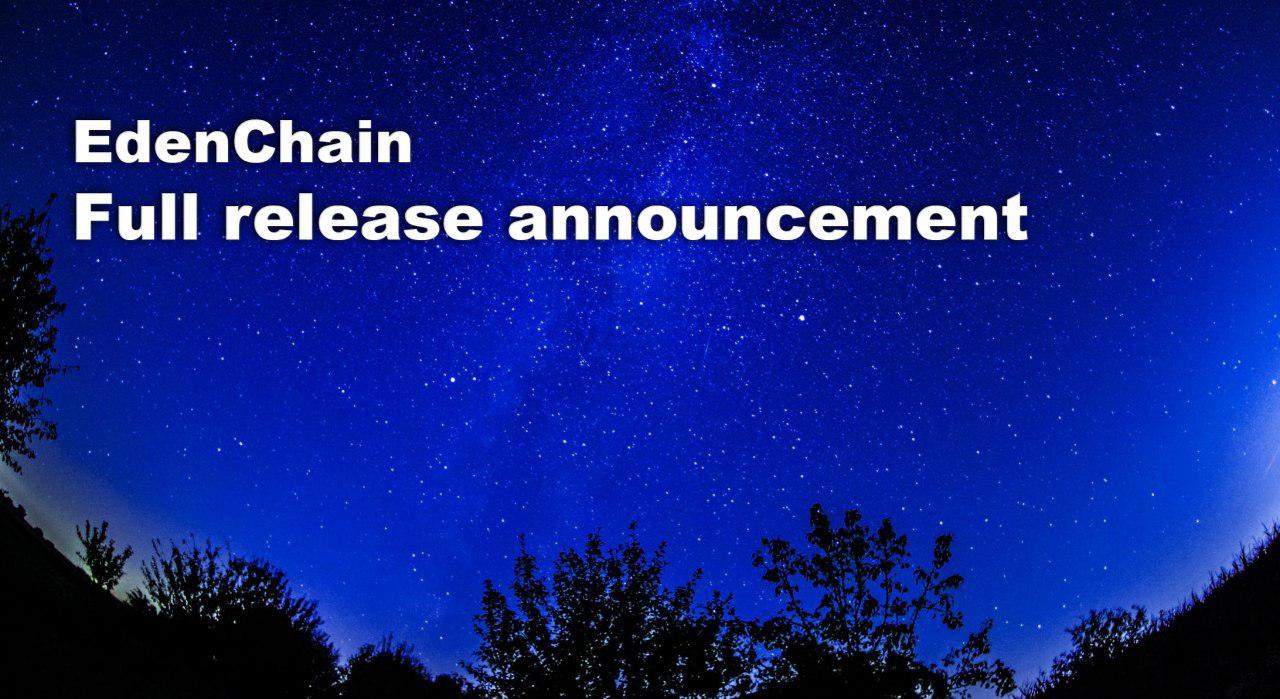 On November 29, the Edenchain team announced they decided to release all locked tokens on December 5.

According to the announcement, a token release plan is no longer in the best interest of EdenChain and its token holders.

“In addition, we believe that in order to enable our desired expansion into western markets, making our tokens broadly available for use on our existing platform is important.  Accordingly, we have decided that a full release of tokens is the most prudent course of action for making our token available for use,” – writes James Ahn, EdenChain Co-Founder.

He also notes that this token release does not apply to the lockup applicable to the Eden team; those tokens will still be locked until September 2019.