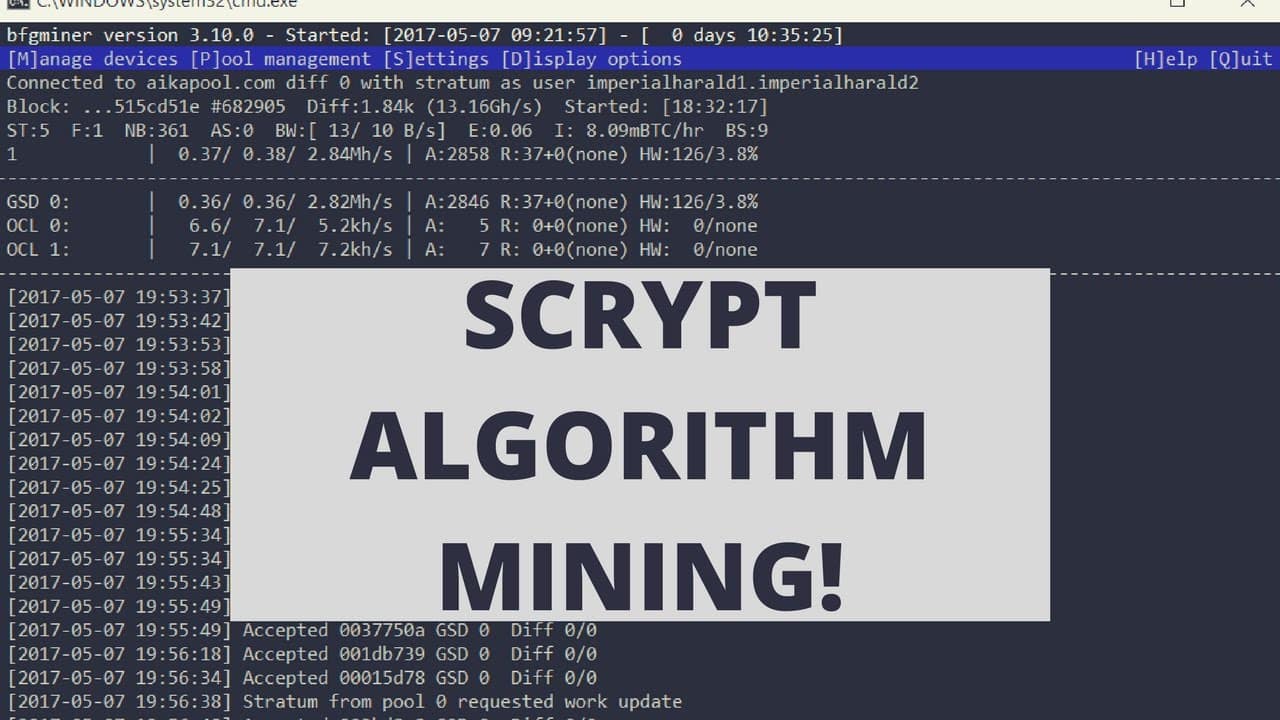 Scrypt is a hash function that was first used by the cryptocurrency, Litecoin (LTC), as an alternative to the more well-known SHA-256 hash function. Scrypt and SHA-256 are used as mining algorithms within the Litecoin and Bitcoin (BTC) protocols respectively. Both operate within the proof-of-work consensus mechanism, where a miner is required to solve a hash function in order to add a block the blockchain.

A cryptocurrency miner must successfully solve the Scrypt hash function on the Litecoin protocol in order to be able to add the next block, and thus be rewarded for it.

Both hash functions are computationally intensive as they both require raw computational power in order to generate a large number of possible solutions for their respective functions. However, what differentiates the Scrypt function, from the SHA-256 function, is that it is also memory intensive. Scrypt is memory intensive because as well as being able to generate numbers rapidly, these generated numbers are stored in the Random Access Memory (RAM) of the processor, which needs to be accessed continuously before submitting a result.

The Scrypt hash function was initially implemented by the Litecoin development team to avoid what are known, ASICs, from being able mine its cryptocurrency (when mining for cryptocurrencies, users typically have an option between: a CPU, GPU or ASIC miner).

ASICs are computationally superior to CPUs and GPUs, i.e. they are able to generate more hashes per second. Therefore, miners who use any other device other than an ASIC to mine for a cryptocurrency, are put at a disadvantage. However, the Scrypt mining algorithm was introduced to prevent this from taking place because the algorithm is memory intensive; ASIC miners were not well-suited to mine Scrypt, and thus, miners who used CPUs and GPUs could remain competitive.

However, as time as gone on, the initial “ASIC-resistance” of the Scrypt mining algorithm has disappeared. Scrypt-capable ASICs have been developed that allow for efficient mining of any cryptocurrency that use the Scrypt algorithm. Consequently, CPUs and GPUs are no longer valid mining tools due to their inferior computational power.