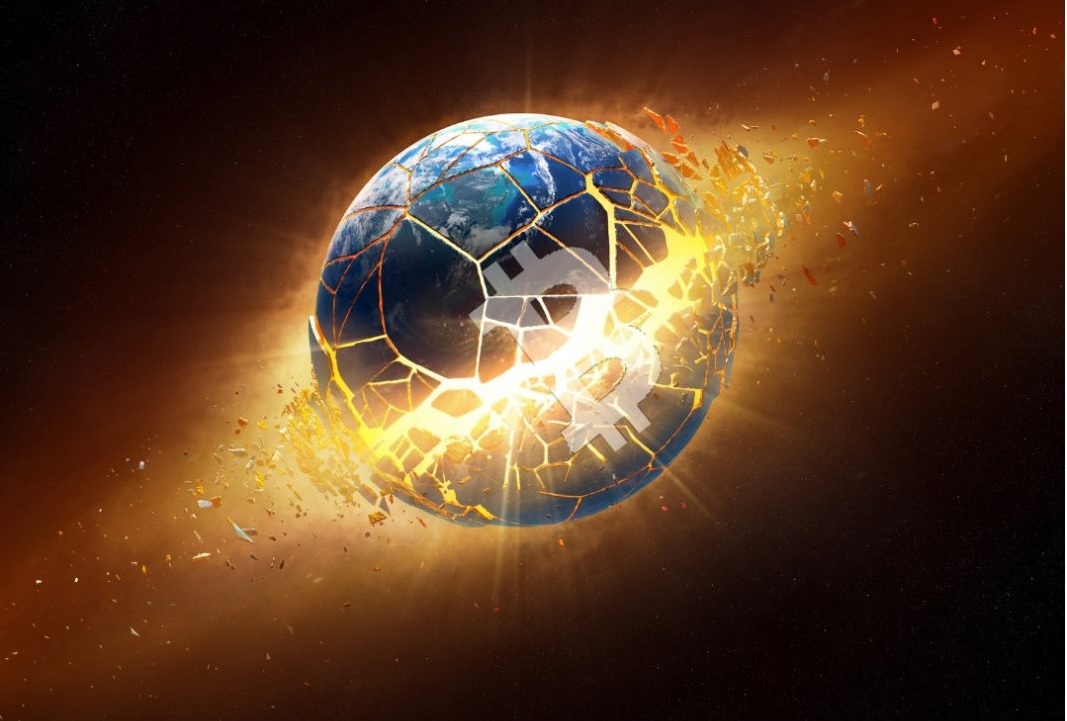 The flat market since the beginning of the year has an explanation. In January there are several important events that can affect both the market as a whole and some cryptocurrencies. In anticipation of these events, the market stalled. Perhaps in order to rush Tothemoon.

Waiting for the leaders

Today Ether Constantinople hardfork begins which will last from 14 to 18 January. Obviously, no significant movements on Ether, and on all altcoins, are expected before the completion of the fork. But after that – for sure there will be a movement.

As for the Corn, the movement did not stop. Just look at the dynamics of transactions – when it was still like this!

According to observers, such a persistent dynamic can have only one explanation: the resolute and firm entry of institutionalists.

As for the third leader, Ripple, it demonstrates movement too. And this is despite the fact that most of the cryptocommunity are suspicious of this cryptocurrency. But the facts are a stubborn thing. XRP is growing steadily, and even Stellar pulls up with it. And the market is ready to respond. For example, the Singapore exchange Bitrue saw the potential and opportunities in XRP. This is not the largest exchange in terms of volumes, but perhaps only for the time being. Because Bitrue since the beginning of the year has been building its strategy on adding pairs with XRP.

It is promised that new pairs will be added every week. And at the moment, 26 pairs of leading cryptocurrencies have already been added, including, of course, the Corn and Ether, as well as stablelcoins, NEO and others.

Do not at the mercy from Regulators

The prolonged ETF history may be resolved in unexpected ways. The community gets used to living in the face of uncertainty and finds convenient tools for such a life. The slogan sounds: “Uncertainty is a new reality!” And this is not only a slogan. Some analysts are already asking a blasphemous question – Do we really need an ETF?

– Months on from the rejections and delays we’re still in limbo, waiting for a decision from the SEC, however, do we really need one? Probably not!

SEC with its constant hyphenation is already beginning to bother. But not only. NobleBridge Wealth Management Services Tyrone Ross Jr. has stated:

– While an ETF may bring validation and a potential rise in prices, it’s dangerous to allow investors to jump into an asset they don’t fully understand. It goes against the very fundamental ideals of cryptocurrency. In an asset that is supposed to be decentralized and about being peer-to-peer and personally banked that lets us own the actual asset I think the issue for the financial services is that they don’t want people to teach people to do that … It’s layering on nonsense just simply so Wall Street can make money.

The launch of Bakkt from the operator of the New York Stock Exchange Intercontinental Exchange (ICE) is also inexplicably delayed, pending the necessary permits from the Commodity Futures Trading Commission (CFTC). Date January 24 is no longer relevant. But just for the first round of financing of the platform, cool institutions signed up for it, including the Boston Consulting Group, CMT Digital, Eagle Seven, Galaxy Digital, Microsoft, and others. Bakkt is being created just to use it by the institutionals. The delay is most likely provoked by ICE itself, with an eye to the pace at which the institutionals enter crypto and, accordingly, the demand for Bakkt services is growing.

Meanwhile, the fiat exchanges themselves are not averse to participating in crypto infrastructure. The famous NASDAQ helped create Estonian cryptocurrency exchange DX.Exchange.

Do not underestimate the value of this fact. Estonia, despite its tiny size and dark Soviet past, is one of the leaders in digitalization in Europe. The launch of the exchange has already taken place, 12 cryptocurrencies are traded, including BTC and ETH, USDT, LTC, BCH, DASH, XRP, Enigma (ENG), OmiseGo (OMG), Cardano (ADA), ShareToken (SHR) and Digibyte (DGB). And 4 Fiat currencies are supported – USD, EUR, GBP and JPY. But after all, NASDAQ not only transferred technology. The exchange will also trade the tokenized shares of top companies from the Nasdaq listing. They can be purchased both for cryptocurrencies and fiat money.

In general, the beginning of the year does not portend a long calm on the market. Investors better be ready to jump.