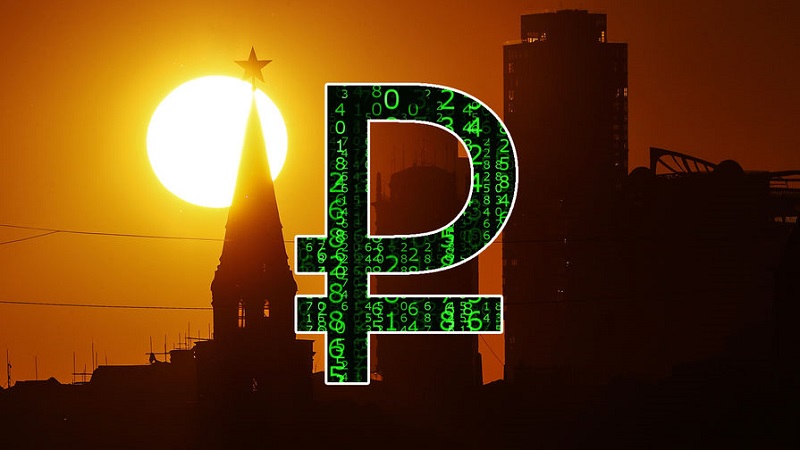 The Gaidar Forum is held for the 10th time and won the glory of the “Russian Davos”. The forum has the highest level of representation; here are the ministers and leaders of the Russian government. As well as foreign experts of high rank. It is surprising therefore to hear from high tribunes the words in support of the development of cryptocurrency. The rector of the Russian Academy of National Economy and Public Administration under the President of the Russian Federation (RANEPA), Vladimir Mau, who educated more than one generation of Russian state leaders and economists, said unequivocally that cryptocurrency could be one of the elements of the new global monetary system. RANEPA is the main platform of the Gaidar Forum, and Vladimir Mau is one of the founders of the forum.

Therefore, his statements are not exactly irresponsible. In an interview with the leading news agency TASS, V. Mau noted that dollar is becoming a factor of high unpredictability due to the peculiarities of the domestic political situation in the United States. Now the issuer of the reserve currency itself undermines the credibility of it – and this is a new factor that cannot be ignored. And it is difficult to say what kind of currency configuration is now in the world. Global crises of the past ended with a change or modification in the system of world currencies. After the Great Depression, the dollar came to replace the pound, after stagnation of the 70s, the dollar was actually supplemented with the euro. According to the expert, a change in the balances of the leading powers leads to a change in the configuration of reserve currencies with a large lag. The American economy surpassed the British at the end of the XIX century, and the dollar took the place of the pound only in the middle of the twentieth century. V. Mau also believes that much depends on stable trends in the development of China – not only economic, but also political, on whether regional reserve currencies succeed in taking a key position. But the scientist emphasized the growing importance of cryptocurrency:

– I think that cryptocurrency has a future. To some extent this may be a form of realization of the predictions of right-wing liberals (Friedrich von Hayek and others), who said about one hundred years ago that private money would be the most effective. Of course, they were thought in a different form. But cryptocurrencies are after all private money based on trust and a set of technologies. Did the Wright brother’s plane have a future? On this plane it was impossible to fly across the Atlantic, but thanks to it, technology appeared, the development of which allowed flying all over the world. Cryptocurrencies are, first of all, a new kind of technology, a kind of tool that, when developed, can turn out to be quite a “flying modern jet”.

Crypto is not a Ponzi scheme

The single statement of even the largest economist could remain just a subjective opinion. But in the same place, in Moscow at the same liberal forum, already the Deputy Minister of Finance of the Russian Federation, Alexei Moiseyev, stated that if earlier cryptocurrencies were Ponzi scheme, now there are no such signs. It is not clear on what grounds the state official determined this and when such a positive crypto transformation occurred. Previously, it was Moiseyev who most loudly called the Corn a Ponzi scheme. Here are his words a year ago:

– Such cryptocurrencies, like Bitcoin, is a Ponzi scheme. From this point of view to argue hard. Investments lilke that are risky. This determines our approach to their regulation. We propose to call it currency, but not to regulate it as a currency, but as a different property, qualify it as a financial asset and allow only qualified investors to buy and sell them on the exchange.

Obviously, now the position of the Russian government has abruptly changed, perhaps even in the direction of state adaptation of cryptocurrencies. Another high rank hinted at this in his speech – Anatoly Aksakov, who heads the Russian State Duma Committee on the Financial Market. The official promised that bills on the regulation of cryptocurrency will be adopted in February. Moreover, Aksakov noted:

– There is already a positive decision on digital assets. As for the Civil Code and investment platforms, I think we will get answers just in a few days.

Where does such agility come from?

Such incredible somersaults with shoes changing in the air can have sufficiently clear and strong bases. Since the declaration of the militarization program of the Russian economy, since March 2018, the country has been under the stifling sanctions of the United States and the European Union. Sanctions relate primarily to the financial sector, and have already caused great damage to the Russian economy. In search of a way out, President Putin is forced to take unpopular measures, ranging from raising the retirement age to discussion of the Kuril Islands with Japan. The structure of reserves of the Central Bank of the Russian Federation has changed – now the share of the dollar has decreased and the yuan has appeared. Appeal to cryptocurrencies can be a salvation for the Russian state in terms of sanctions that no one is going to cancel. Perhaps by the end of the year we will see crypto in the reserves of the Russian Central Bank?