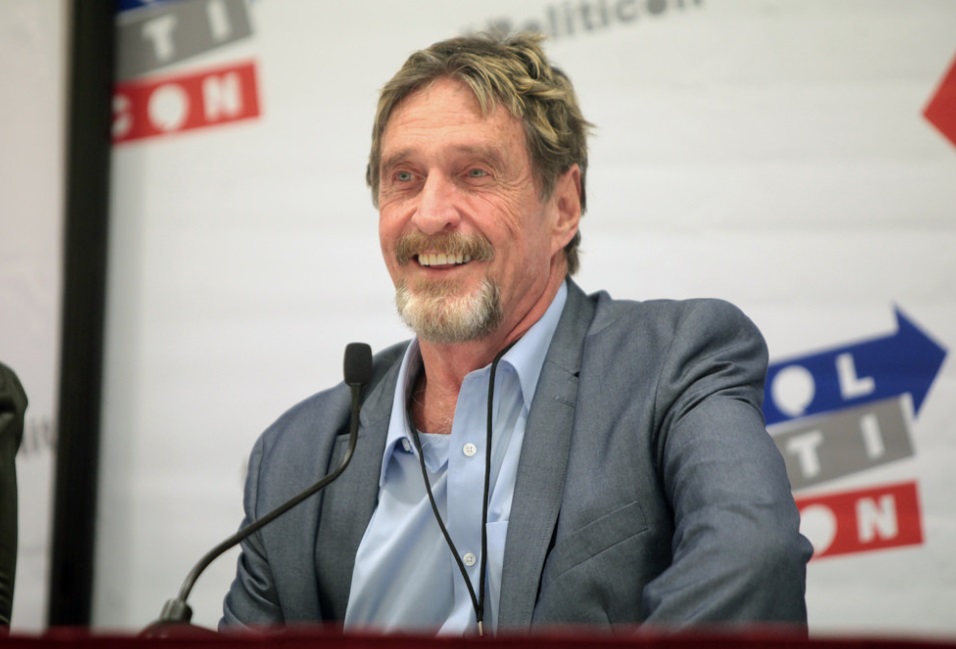 By the end of the weekend, all coins collapsed and much more than soared, by 15% or more. Only stablecoins remained in the plus – Tether (USDT, 7th place by capitalization), USD Coin (USDC, 25th), True USD (TUSD, 28th). BTC has fallen half as much as the others.

It seems, there were no fundamental reasons for such market behavior. And the already established statement that crypto repeats the fiat markets has collapsed too. No fiat markets are so strange on weekends. It remains only to conclude that crypto is as unpredictable as the weather in England.

McAfee and his genitals

Meanwhile, the keen observer would still notice at least one verbal intervention on the eve of this pump. The legendary McAfee recalled his betting on his genitals that by the end of 2020 the Corn would reach $ 1M. For the first time, McAfee made such a bold forecast even before the 2017 pump, then he predicted $ 500K. But the inspiring growth of the market pushed him to increase the forecast by half, with the same high bet. In case of failure, McAfee promised to eat his genitals on the air.

If you rely on such a specific forecast of such a specific pro, like McAfee, then by May Bitcoin should repeat its record of the beginning of 2018 due to simple approximation .

It is evident we had seen a classic Pump & Dump. And it is very powerful, throughout the market. Who is capable of such manipulation? Well, certainly not the community. There is only one conclusion: THEY are already here – institutionals. They play by the rules, which are like this: “No any rules!” Now they have dropped the alts, with the exception of stablecoins. Because it is simply impossible to drop stablecoins. What is the collapse done for? To continue entering the market on the cheap.

But what alt will they enter? This is the question. And then what will happen to BTC? And to McAfee’s genitals???