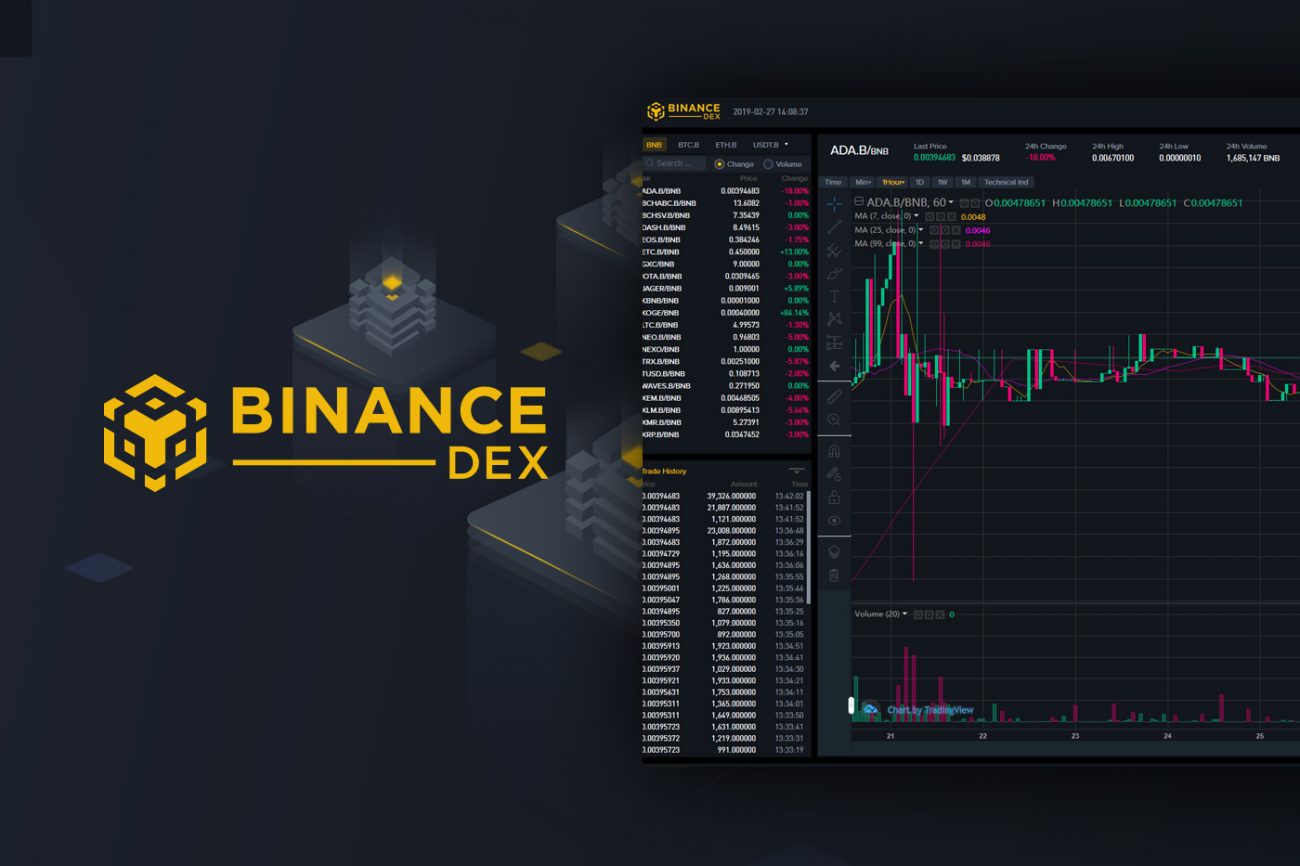 Binance once again intends to lead a new trend – to decentralized exchanges. Since the end of February, the Binance Chain blockchain platform has been tested. And other exchanges are catching up.

Exchange platform with own blockchain – another nail in the coffin of Ethereum – the most courageous enthusiasts say so. Binance Chain promises super-performance by introducing the latest solutions with a consensus Byzantine Fault Tolerant and DPoS (Delegated Proof of Stake). CEO Binance Changpeng Zhao announced that every user will be able to participate in ICO projects on the network, paying with BNB tokens. And also to issue own tokens, independently listing them on DEX, trade and exchange for other cryptocurrencies.

Binance Chain has already shown good performance – a block in 1 second plus one confirmation to finalize the transaction. Not surprisingly, Binance has imitators right there, as it was with the Launchpad for IEO earlier.

OKEx crypto-exchange announced that it had started developing its own blockchain OKChain. The decentralized exchange will be called OKDEX. And its own token is OKB. Everything is standard. The token is first released on Ethereum blockchain according to ERC20 standard, and then it will be moved to its own blockchain. Testnet is promised in June. Meanwhile, Binance first announced the start of work on DEX a year ago. Beta was shown in early August 2018. The development of a decentralized exchange is a rather laborious process. Is it worth it?

Definitely worth it. Decentralized exchanges have critical advantages, the most important of which is resistance to hacking. You can have long list of many centralized exchanges that were hacked. Both exchanges and users suffered. DEX does not have a central platform – it is nothing to hack. Money remains in the accounts of users. In addition, decentralization is anonymity.

But there are drawbacks. DEX is a technically more complicated solution, there are problems with speed, they still have low liquidity. Experts also note that the DEX interface is less user friendly. The last remark from the Binance experience may not be justified. CZ tried to make the interface similar for both exchanges.

– LATOKEN has released a beta version of LADEX – an open source, fully decentralized peer-to-peer exchange which is cheaper and faster than all other players in the market. LADEX aims to eliminate the custody problem in asset trading, making it as fast and convenient as the centralized analogs.

Obviously, the competition of exchanges in their struggle to attract funds from users – is growing. And by launching their own blockchains, the exchanges simultaneously knock the ground from under the feet of Ethereum. This doesn’t promise the quiet development of the market.