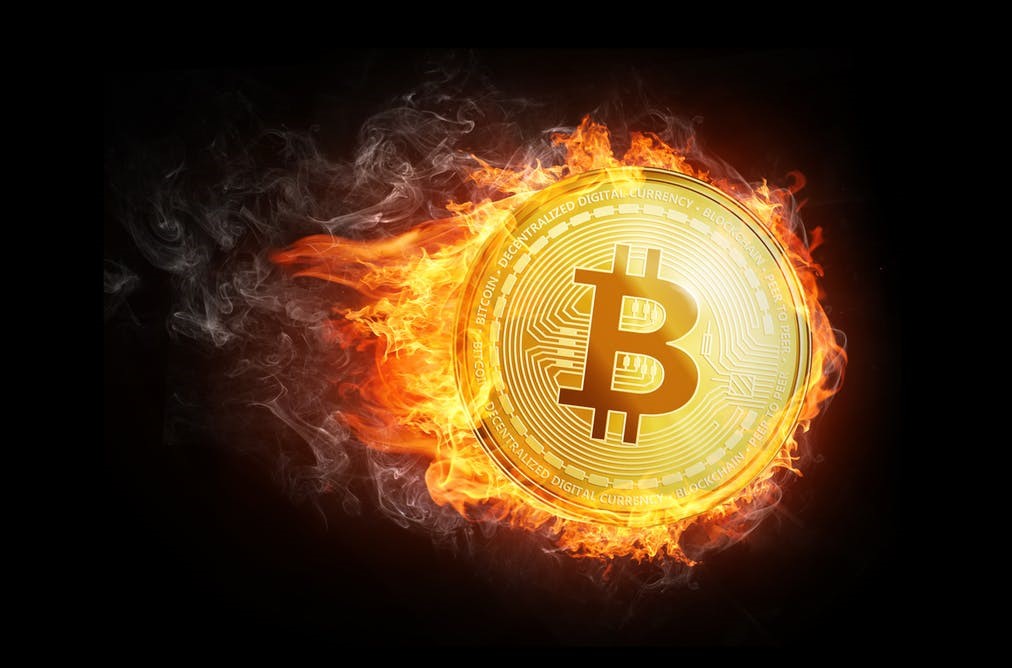 The incredible pump is going on, to the delight of the hamsters. Those who bought the Corn already at the end of June 2018 are preparing to sell it. This is what some experts are calling for. Others – serious people like CZ, CEO Binance – are reminiscent the Fear of missing out (FoMO) Syndrome. What is waiting for us? Who is guilty? And what to do?

Without having invented anything better, some observers assume in the unexpected growth of the market and Bitcoin a manifestation of Divine will, Divine intervention. And this is not some crazy sectarians say, and Bloomberg. Bloomberg reporter and editor Eddie van der Walt said bluntly on the channel:

“Bitcoin is a bit like the immortal undead. Every time you think it’s dead and buried, it just kind of jumps back out again.”

The journalist stated that it is a lot of chatter around what led to this unexpected rally. But no one really knows what launched it. In addition to the version with the prank of the SEC chairman on the adoption of ETF, there are other versions. Kind of implausible stories. For example, this: CBOE closed its futures. By the way, in support of this hypothesis, there was a forecast earlier that the end of futures would mark the bottom of Bitcoin.

Well, there are other fortune telling. Like, takeoff is somehow connected with the upcoming halving. How is it connected, why did it happen now, if the halving is in May 2020? Unknown. Well, analysts need to work out their salary. There is such a version – in the form of a version – that “Historically, the halving starts getting priced in approximately one year before it happens, which would result in bitcoin bottoming out in early 2019 followed by a rally starting in May 2019″. Sounds childish. And where are we – and where is that May?

Hand over the cryptocurrency!

But even more specifically, another Bitcoin analyst and trader Tone Vays embarrass himself. He directly called for selling the Corn while there is such an opportunity. And he sold at $ 5K. How he will regret it! Tony gave a detailed interview to CoinTelegraph and confidently recommended:

«At the peak it was a great moment to sell some Bitcoin that you were holding. We took the opportunity to actually exit the Bitcoin position close to 5000 dollars, because I don’t anticipate it to go much higher. Sure you can go into a swing trade, but I think the upside here is limited and lower prices are more likely. Investors should stay calm and not jump in after a 15% move in a matter of hours.»

In principle, it is well known: when a trader recommends something, do the opposite and you win. So it was this time, of course. The Corn is already $ 5,126. You mention this is a little growth of 2.5% for 2 hours? Maybe you better do something else, a trader?

The funniest explanation was given by CZ – the head of Binance. He believes that the rally is a consequence of FoMO, Fear of missing out. The community, for no apparent reason, broke into investing in the Corn – this is your rally. “Peoples money going old!” – hints CZ, whom you can’t call a profane: “Plenty of money ready to jump in, and in full FOMO mode”.

A little earlier, CZ sincerely wondered why the Corn rushed up. And his BNB is not. And all the tricks with IEO, lottery tickets and other things – all is lost.

We have to repeat, the conclusions are the same: volatility returns, and with it – Party Time for speculators! It is noteworthy that the greatest growth – right up to 50%! – shows BTC forks: Litecoin, Bitcoin Cash, Bitcoin SV. And also Dogecoin – and only on one tweet by Elon Mask that he was the CEO of this coin for a couple of seconds.

Well, what to say. Volatility is our everything!