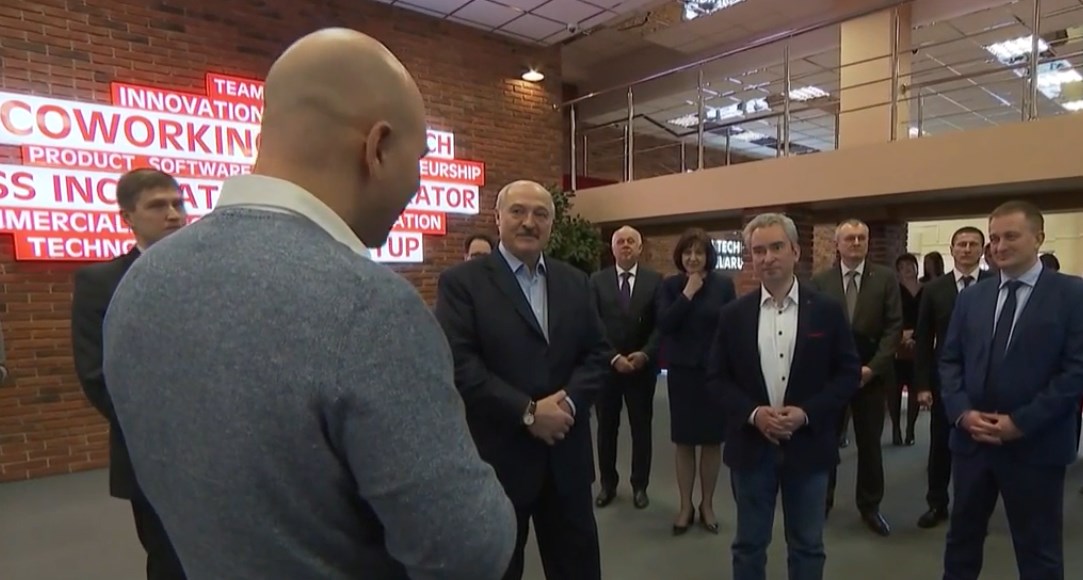 President of Belarus Alexander Lukashenko met with the leadership of the Belarusian High-Tech Park and endorsed a policy of mastering and developing the cryptomarket.

Dictator and his children

At a meeting with the administration of the Belarusian Silicon Valley and the tops of the leading IT companies, Alexander Lukashenko once again emphasized the foresight of his decisions and his personal interest in the field of IT and crypto in particular:

– Вasically, you are my children. I made you with my own hands, as I was able, I created you, and then you grew up, started to suggest how to go. We will move in this direction as efficiently as you like. You wanted cryptocurrency, cryptoexchange, mining, to build mining farms, etc … Together we will go this way!

The High-Tech Park (HTP) was created by the order of President Lukashenko in 2005. The head of Belarus thereby legalized the activities of numerous IT-teams, which were formed spontaneously from an impressive stuff of programmers of the Soviet era. Registration in the HTP made it possible to “get out of the shadow” – to pay preferential taxes, legal high salaries for programmers and do the same thing as they were doing – developing software for the Western companies. Valery Tsepkalo, a professional diplomat and former ambassador of the Republic of Belarus to the USA, initiated the creation of the HTP. Migration from the sphere of international relations to the sphere of IT business may also be dictated by his care of children. As a result of this castling, the daughter of the technopark’s head got a well-paid job in the Belarusian office of Microsoft Corporation.

From prison to favourite status

Since 2017 the technopark is headed by the chief ideologist of Belarus, presidential aide Vyacheslav Yanchevsky, combining this position with the post of head of the Main ideological department. V. Yanchevsky tried to direct the activities of IT companies to create a finished IT product. One of the most notable products is crypto exchange Currency.com.

The creator of the exchange is the most famous Belarusian IT entrepreneur Viktor Prokopenya.

Earlier in 2015, the government authorities of Belarus initiated several cases against him. He spent several months in a detention facility. But some prominent figures of the Belarusian IT-business had spoken in his defence. As a result, the charges were dropped. V. Prokopenya continued his activity in Belarus, his business after all the trials was awarded the favorable attention of the President.

Said Gutseriev, the youngest son of the famous Russian businessman Mikhail Gutseriev, was involved in the creation of Currency.com’s exchange as the main investor. Said Gutseriev is involved too in all of his father’s businesses, mainly oil refining and the production of potash fertilizers. M. Gutseriev, in particular, is building a potash plant worth $ 2.1 billion in Belarus. This is the largest private project in the entire post-Soviet space. Said Gutseriev got his education in the UK and he is a citizen of this country. V. Prokopenya lives in London too.

Mega mining in the heart of Europe

The creation of the exchange does not limit the participation of the Belarusian business in the development of cryptoindustry. President Lukashenko voiced the possibility of creating large mining farms based on a 2,400 MW nuclear power plant under construction. The first power unit is expected to be commissioned in 2020. The nuclear power plant is located near the borders with the European Union (with Lithuania), aimed on the export of excess electricity. But so far there is no clarity on this issue, and various options are being considered for using excess electricity within the country. One of them is the development of a network of commercial and passenger electric vehicles. The second option – the creation of mining farms. President said he would support this activity. V. Prokopenya stressed in response:

– You already went down in history as the first president who adopted the right regulation for the blockchain, for all its uses.

In Belarus, the status of dictatorship is no longer kind of shy. “Dictatorship is our brand!” – Natalia Eismont, press secretary of Lukashenko said recently. When meeting with V. Prokopenya, President Lukashenko also joked, emphasizing the effectiveness of his decisions in regulating crypto:

– Well, sometimes a dictator can be useful?