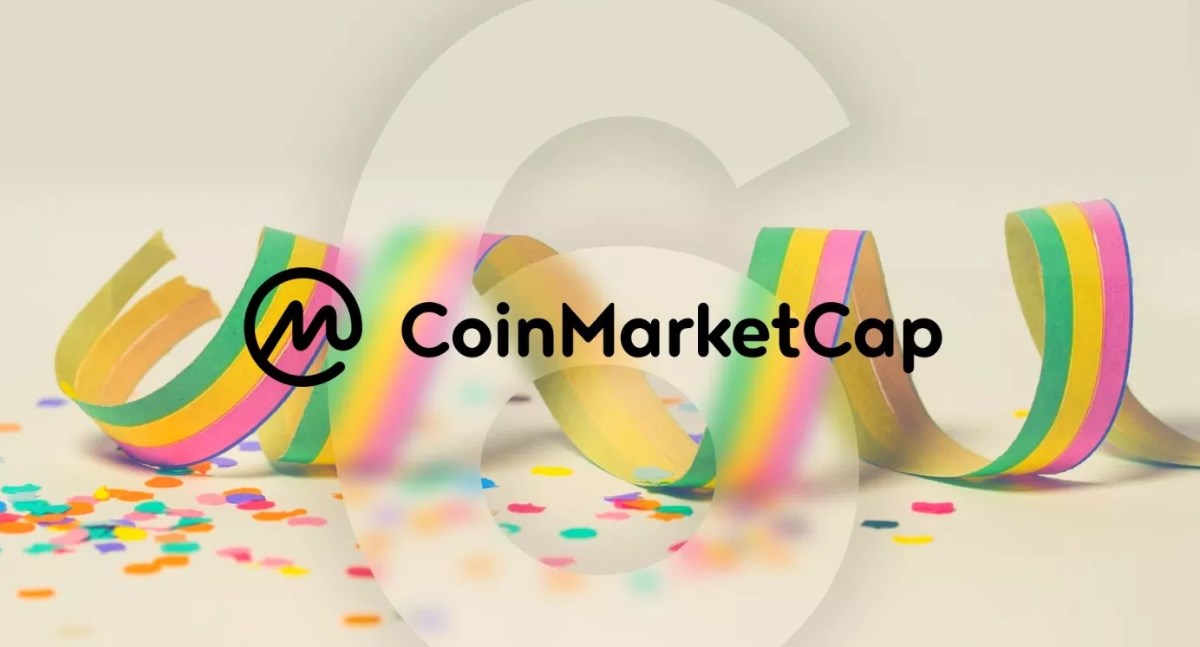 In honor of its sixth anniversary, the most authoritative indicator of the market, CoinMarketCap (CMC), launched a campaign to improve market transparency and cryptoexchanges activity.

CMC was founded in May 2013 not by chance. It was then that altcoins began to be massively added to the market alongside with bitcoin. And Bitcoin Dominance started its way down, from the 100% level.

CMC has become a crypto counterpart of the standard metric for the market capitalization of public company shares. Website design follows the principle: «Make it a list that people can understand at a glance».

Until 2017, CMC was managed solely by its founder, Brandon Chez. Only with the beginning of the rapid progress of ICO, Brandon Chez took assistants, but carefully monitors compliance with the his principles – above all, independence from market players. For this reason, Brandon Chez refused to attract investors. He avoids publicity. There is no even a reliable photo of Brandon in the Internet. In the Fortune “40 under 40” rating, Brandon Chez ranks 34th. As an illustration of his influence, Fortune cites the following fact: on January 8, 2018, the CMC delisted the Korean stock exchanges due to the fact that their indicators began to differ greatly from the market data (talking about Bithumb, Coinone and Korbit). This caused a market collapse of $ 100 billion. At that time, crypto was growing rapidly. But one decisive step CMC reversed the trend.

Veteran does not age

By its sixth anniversary, the CMC has announced several initiatives that confirm that there is still got a little gas in the tank though it is market veteran. After all, for a crypto market, 6 years is already a solid age. CMC launched several initiatives at once, the most important of which is a campaign aimed at transparency of the data provided – so called Data Accountability & Transparency Alliance (DATA). According to the CMC:

– DATA seeks to promote greater transparency, accountability, and disclosure from projects in the crypto space. This initiative is underpinned by our belief that the provision of additional data points would: (i) empower our users to make more informed decisions, and (ii) provide a means for projects to differentiate themselves through enhanced disclosures.

The DATA Alliance concerns both exchanges and cryptocurrencies. But it is on the exchanges CMC is focused. For them, there are strict requirements for the providing of the following information:

In case of failure to submit these data, exchanges will be removed from the site after June 14, 2019. Until this time, a grace period is set. The CMC will not stop at this and intends to request and display additional data:

– For phase 2, we are planning to grow the types of data available for analysis and enable filtering to allow deeper analyses and views into the exchanges’ operations.

Obviously, a veteran and unconditional authority, CMC recognizes that there are exchanges with their IEO determine now the landscape of crypto market. And not decisions of regional or country regulators. This is a positive fact. Thus, it is recognized that crypto is becoming a self-regulated global industry, which doesn’t depend on any decisions of the SEC or the People’s Bank of China. Generally, greater transparency certainly benefit the market.