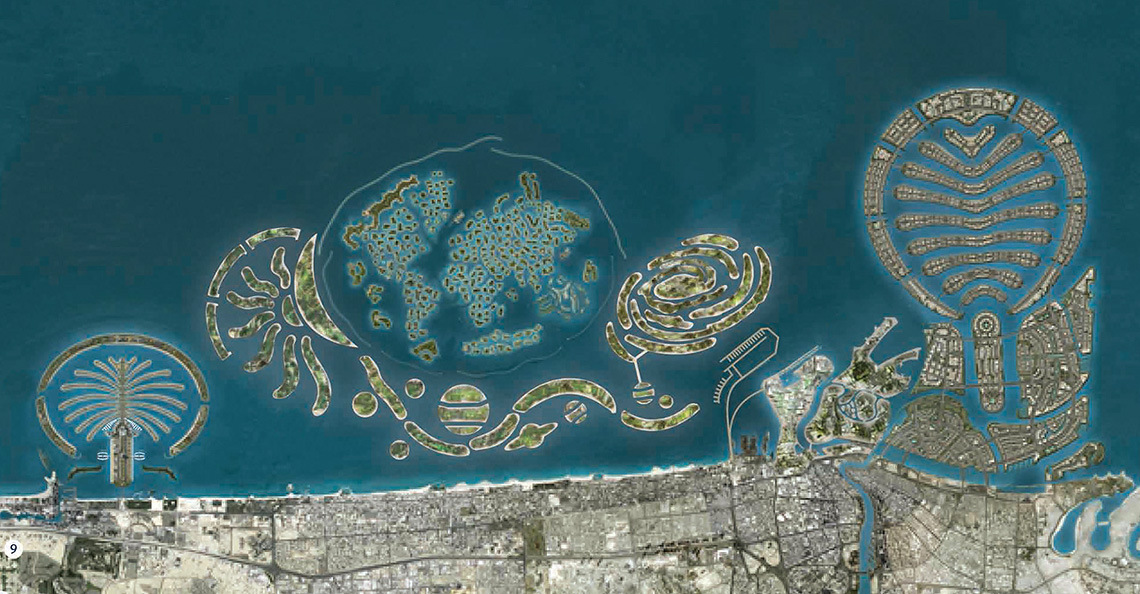 A new mortgage platform (E-Mortgage) will be created on the basis of the bitcoin blockchain in Dubai. Dubai is confidently moving towards the status of the smartest smart city. May be this is Durov who drives the process?

Pumping oil, building lands and selling them for bitcoins

The current welfare of the Emirates was created on the oil basis. But for a long time, the most far-sighted of oil states have been striving to invest petrodollars in other liquid assets. Dubai, for example, became famous for its “palm” man-made islands. Very farsighted move, as practice has shown. First, given the climate, in Dubai you can only enjoy living on the coastal strip. The handmade islands, more precisely – the peninsulas – just give such an opportunity. And secondly – new lands are being built and sold. No wonder that rich people from all over the world rushed to buy a piece of Dubai. Three palm islands – PalmJumeirah, PalmJebelAli and PalmDeira – cost the state company lNakheel Properties $ 7 billion. TheEighthWonder, “World Map” is 300 islands with a total area of 55 sq. Km. and it cost $ 2 billion. The number of property buyers is growing by 2-3% annually. In 2015 there were 8,400, in a year – 8,600.

Since 2012, Dubai has become the fastest growing real estate market in the world. Developers (not IT developers, but real estate managers) will be ready to present ambitious elite projects totaling $ 66 billion to the World Exhibition Expo 2020 in Dubai. And one can buy them easily and transparently thanks to the blockchain-based mortgage platform. It is launched by the state Dubai Land Department in partnership with Mashreq Bank. The goal is to reduce the cost of processing, reduce risks and eliminate the possibility of fraud in the sale of Dubai real estate. Mortgage loan recipients in Mashreq Bank get access to the blockchain, where data on fees and changes in documents will be recorded. Majid Saqer Al Marri, executive of the Dubai Land Department, stated:

– Applying the e-mortgage system requires synergy with leading UAE banks … to spread its benefits to the largest number of investors.

One such investor may be the well-known among community Pavel Durov, the creator of Telegram, the TON network and the cryptocurrency Gram. Durov had already opened his office in the Dubai Media City tower a year and a half ago. According to him, tax privileges was crucial. P. Durov said in an interview with Bloomberg:

– This is a matter of principle. Many people in the West do not realize how much taxes limit their options. Taxes can take almost half of the income, which, in essence, means that you work for the government 180 days a year. I think I can find more suitable ways to use the money I earn for the benefit of society.

It seems that Durov really found suitable ways in Dubai. In any case, it was during these last years that Dubai began to move energetically towards creating the world’s best smart city. In addition to real estate, smart contracts will be used here to handle bill payments, license renewals and visa applications and other bureaucratic procedures.