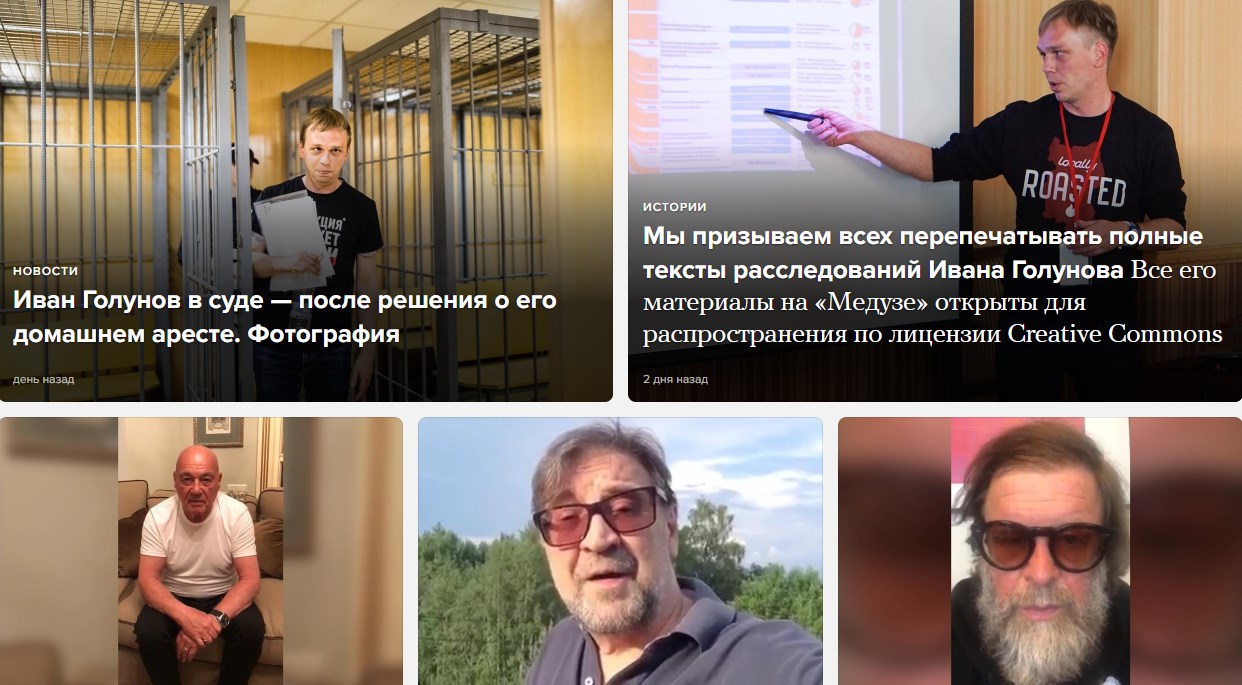 Unprecedented in scope and not expected, probably, by russian authorities’ reaction to the arrest of Ivan Golunov in Moscow spread not only to the media, but even far from the media. Participants of the Kinotavr Film Festival in Sochi stated with condemnation. How can crypto and blockchain help in this situation?

They will not pass

Ivan Golunov journalist online media Meduza, was arrested in Moscow on June 6 on charges of drugs possession and distribution. The police said that they had “supervised” Golunov for a long time and had detained him with five packets of methylephedron with a total weight of 5 g. Cocaine was also found in his house, also 5 g. Ivan denies any connection with drugs and said that they had planted drugs on him. The journalistic public also supports this explanation. On June 8, Ivan was released from a pre-trial detention center under house arrest for 2 months.

Meduza is a Russian-language Internet media registered in Latvia, created by Galina Timchenko, the former chief editor of the Lenta.ru in 2014. It is an aggregator of news and texts in Russian, selected in manual mode. Much attention is paid to verifying information, unverified sources are marked with a question mark, reliable ones – with a check mark. In 2017, Meduza ranked first among Russian online media for citation. Colleagues are quite appreciative of the Meduza activities. There was even a comparison of the media with the Alexander Herzen newspaper Kolokol (The Bell), published in emigration in 1857–1867. Kolokol symbolized the end of the free press in Russia.

Ivan Golunov worked before Medusa in RBC, Forbes, “Rain” (tv channel) and “Vedomosti”. In Medusa, he specialized in investigating the work of the Moscow mayor’s office and Moscow marketplaces. On the eve of the detention, he passed the material on the ritual services market in Moscow.

Resonant detention attracted attention of the most significant media in Russia and abroad. Most condemned it because it quickly became clear that the detention was carried out with violations. In favor of the official version, only Dmitry Kiselev spoke in the final weekly program on Russia TV, and the RT editorial board. The rest of the media, including state-owned, at least require a thorough investigation. And more often – they simply recall the characteristic episode from the russian cult movie “Boomer” with canabis wraped in “Rural Life” newspaper. Such unanimity speaks of maturity of the Russian journalistic environment and the ability to adequately serve the profession. It is not by chance that the most authoritative newspapers came out today with the same title “I am (We are) Ivan Golunov”, referring to the global public reaction to the shooting of the Charlie Hebdo editorial board .

The unexpected unity of different people who on other issues may even take opposite positions is a signal that lawlessness, fakes, rude provocations will not happen again. They will not pass. The crypto community since its formation stands on the same principles. We believe in blockchain, transparency, authenticity. And resist fakes of any kind. Each of us can say this. They will no longer pass. Enough.

P.S. The investigating authorities announced that it was finally decided to carry out the washings of Ivan Golunov’s palms and nails and to examine them. Previously, urine analysis did not reveal the presence of drugs in his body.