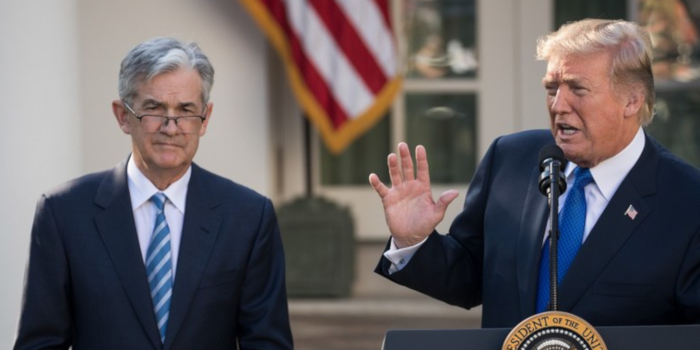 The first reserve currency in the near future will depreciate – said Bank of America, analyzing the statements, intentions and decisions of Donald Trump. Citing the Big Mac Index, recently published by The Economist, the bank notes that the dollar is significantly overvalued to other currencies. For example, to the euro – by almost 20%, to the yuan – even more. The high cost of the main reserve currency prevents Trump’s plans for a re-election. His trump card is the growth of the American economy. But with an expensive dollar, American goods are becoming uncompetitive in the most important US markets – in Europe and China. Trump is likely to lower the dollar in order to again boast of success in economic growth. The easiest way is to throw a large amount of currency into the market. Moreover, it is rumored that at the Fed meeting on July 30-31, the key rate will be increased by 25 or even 50 points, which should cause a strengthening of the dollar. Such verbal intervention should push traders and investors to buy American currency.

But at the same time, the old man Trump completely lost sight of that now there is a real alternative to the dollar – Bitcoin. And market players seem ready to take this opportunity to save their funds. Already, according to the site https://www.coinhills.com/market/currency/, almost three-quarters of Bitcoin purchases for fiat currency comes from the dollar. In second place – the Japanese yen (18.4%). Behind it, with a large margin – Korean Won and Euro (4.57% and 2.05%, respectively). The Russian ruble is in 11th place (0.07%). The Chinese yuan is at 22nd place with a share of 0, 0059%.

Data on purchases of Bitcoin for fiat currencies explain what keeps Bitcoin from a deep fall in adverse conditions when both Trump and the head of the Federal Reserve Jerome Powell have spoken against him. Bitcoin loses in value, but not as much as could have been supposed. Now the question is – will it rise after July 31 and to what levels?