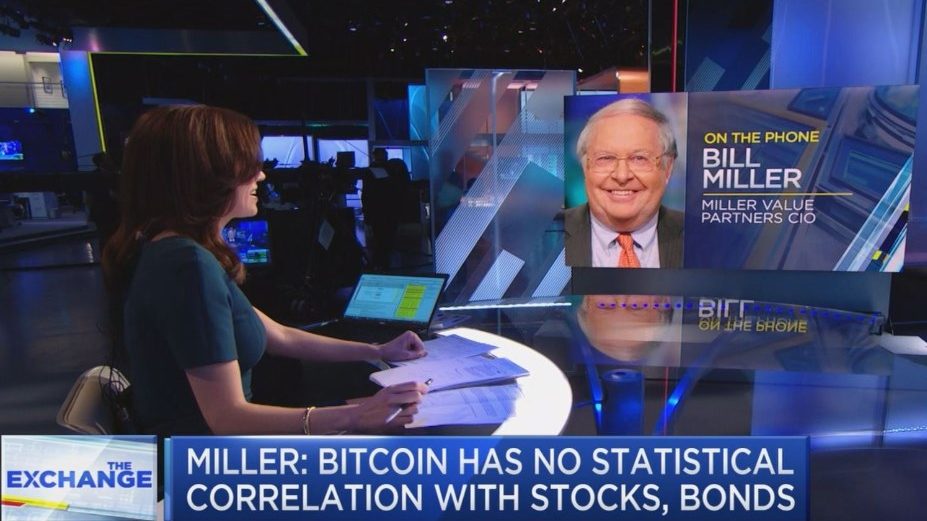 Crypto enthusiast Bill Miller has earned 46% for his Miller Value Partners fund since the beginning of the year, mainly from Bitcoin investments and Amazon shares. In his opinion, Bitcoin and the trading giant behave similarly in terms of sharp rises and falls, since “Amazon and Bitcoin both have the distinction of being disruptive technologies”. But he stated too that Bitcoin has no statistical correlation with stocks, bonds.

Bill Miller had previously become famous for successful investments for Legg Mason Capital Management. By his admission, his secret of success is large investments in undervalued securities (beaten-down securities that trade at a large discount to their intrinsic value). Miller successfully managed the Legg Mason Value Trust fund from 1991 to 2005, but lost 55% in 2008 during the financial crisis. Three years ago, he created a hedge fund Miller Value Partners, with $ 126 M of assets and $ 2.3 billion under management. If Miller had invested only in Bitcoin and used his competencies efficiently, he could earn over 300% for his fund, buying at $ 3,500-4,000 in January-March and selling bitcoins say at $ 11,500 in June-July (the high was $13700).

But Miller admits that he prefers shares so far:

– With the economy growing modestly, the Fed about to embark on an easing cycle and inflation quiescent, the extreme diversion in valuations between bond proxies such as utilities and consumer staples and cyclical value stocks, is likely to begin reversing. This represents an excellent opportunity for investors to earn excess returns.

The financier contradicts himself in this way. Well, if you look for volatility “for additional earnings”, then on crypto market this can be done much more successfully!