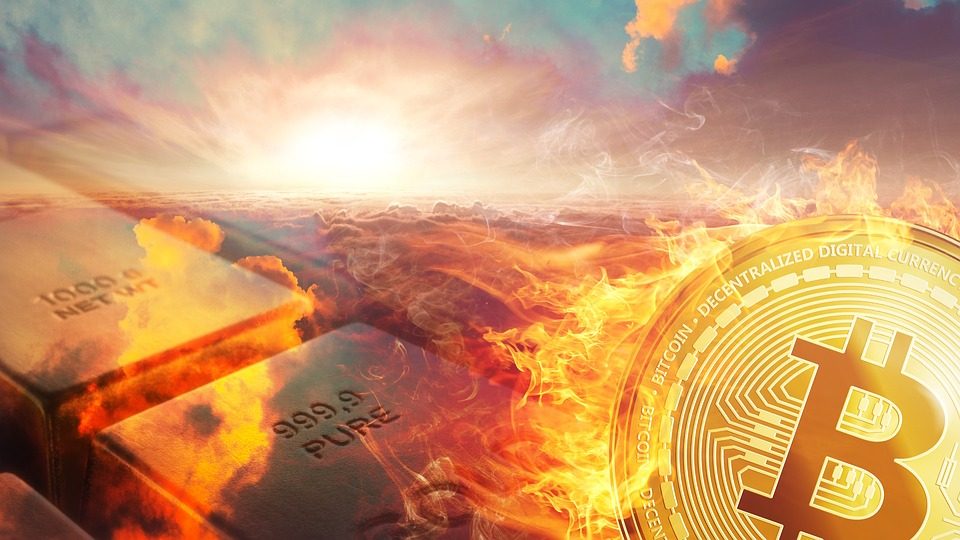 The steady continuation of the Bitcoin rally has revived analysts again. Lot of forecasts appeared: $ 15K per week, $ 100 K in 2021, and in the interval – many others. For example, the forecast of Coinstelegram Research: comeback of ATH in a month. Perhaps some are worth considering.

The popular bitcoin optimist Anthony Pompliano, co-founder and partner at Morgan Creek Digital (Co-founder & Partner at Morgan Creek Digital), notes that two factors positively affect Bitcoin at once – halving in May 2020 and the effect of a decrease in discount rate. The Fed really decided to lower the discount rate by 25 basis points, to 2.0 – 2.25, but did not do it as convincingly as traders expected – and they expected a deafening volley of protracted currency war. Therefore, the main indices collapsed.

Wall Street experts say that this is supposedly a temporary shock, the exchanges have not yet realized all the positive. But the truth is that the positive is not as much as it could be. And President Trump was not slow to tweet on this:

– What the Market wanted to hear from Jay Powell and the Federal Reserve was that this was the beginning of a lengthy and aggressive rate-cutting cycle which would keep pace with China, The European Union and other countries around the world….

In fact, in defending his independence from the president, Powell gave an indefinite comment on the Fed’s decision as “adjusting of the monetary policy in the middle of the cycle.” This, of course, does not preclude the possibility of continuing, but who knows … According to Pompliano, lowering rates for the first time since 2008, which followed a long period of printing money (quantitative easing) along with the “systematic structure of bitcoin” will lead to a long growth in the leading cryptocurrency:

– We think that cutting rates, printing more money and the systematic structure of Bitcoin is going to lead to higher prices for Bitcoin over a long period of time.

The popular TV presenter of financial programs Max Keiser agrees with the forecast of $ 100 thousand. And he is sure of this on the basis of an analysis of the sovereign debt:

– Negative sovereign debt = default. A global sovereign debt default is underway. This is *much* bigger than the 2008 global financial crisis. Money printing about to go hyperbolic. Bitcoin [at] $100,000 is now a dead certainty as is Gold [at] $10,000.

Negative sovereign debt is a paradoxical situation when interest on government bonds is not paid, but rather, investors themselves still pay in order to keep their money, invested in bonds – safe. According to Max Kaiser, for the first time in history, negative sovereign debt has reached $ 14 trillion. As for the short-term outlook, Max Kaiser is sure that by the end of the week bitcoin will overcome $ 15 thousand:

– I’m sensing bitcoin will cross $15,000 this week. Confidence in central governments, central banks, and centralized, fiat money is at a multi-decade low.

Max Keiser ‘sensing’ is not a trifle. It’s enough to recall that in 2004 he predicted the collapse of Fannie Mae and Freddie Mac in 2008, in July 2008 he convicted Lehman Brothers in an attempt to exaggerate the value of its assets.

Coinstelegram Research conducted its own research. According to our data, the bitcoin rally will continue until the first week of September and will follow a linear chart. In this case, by September 6, bitcoin will overcome ATH at $ 20 K. The reasons are the August calm in the markets, holidays in the US Congress. In addition, the next Fed meeting will be held on September 17-18, but by the beginning of September it will already be clear what decision the Fed intends to make: continue the currency war or not.