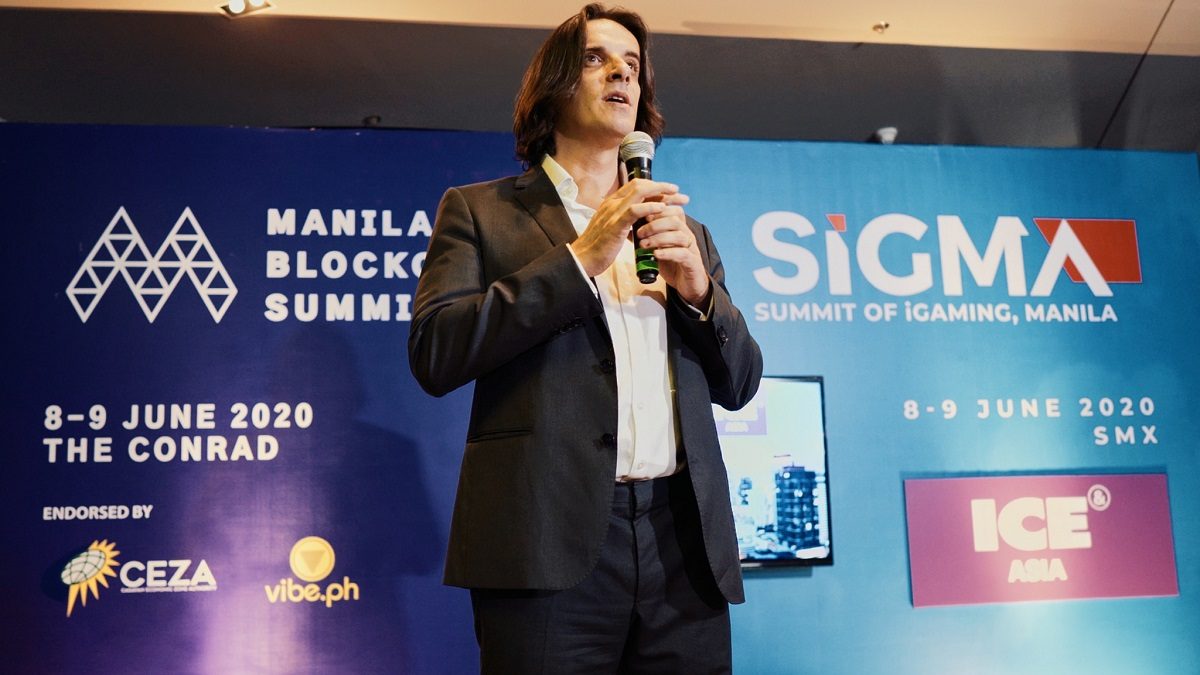 Excitement for next year’s super expo for iGaming, land-based gambling, and blockchain reached new highs on Thursday in Manila, as SiGMA Group and Clarion held a press conference and networking event to officially launch the Manila 2020 show.

Almost 200 media and members of Manila’s business community attended the event to confirm the event, discuss the sector and network with others across these three business verticals. SiGMA Manila, ICE Asia and Manila AI & Blockchain Summit will take place June 8th-9th 2020 at the SMX Convention Centre, as well as the adjacent Conrad Hotel, Manila.

The conference will address all the latest developments in land-based gaming, igaming, esports, digital games as well as Artificial Intelligence, Blockchain, Internet of Things, Big Data, Quantum Technology and FinTech.

For the very first time in history, the two verticals – new tech and gaming will meet in one city on the same dates, bringing the brightest minds and most successful entrepreneurs under one roof.

About iGaming Show in Manila

As a joint venture between SiGMA Group and Clarion Gaming, the gaming part of the event will cater for both the land-based gambling sector as well as the iGaming sector, with online suppliers, operators, affiliates, regulators and blockchain businesses all being housed under one roof at the SMX Convention Centre (situated in the heart of Manila as well as the adjacent Conrad conference venue).

About Blockchain and AI Show in Manila

The AIBC Summit in Manila is supported by CEZA and Vibe.ph.

Why Show in Manila? Why Asia?

As Asia tempts leading brands from the global gambling sector to expand business opportunities in the region, it’s fast becoming clear that Asia is the new frontier for both land-based and iGaming industries.

Recent figures from Global Gaming Statistics 2019 reveal that jurisdictions all over Asia are looking to capitalise on the global opportunities flourishing in the gaming sector. Given this trend, it’s crucial to foster dialogue between East and West, addressing considerations such as regulatory environments in different territories, payments processing methods, the integration of blockchain emerging technologies, and even bandwidth for mobile gaming.

It’s precisely these issues that next year’s show in Manila will address by bringing the biggest brands and jurisdictions in the sector together in one venue.

Eman Pulis, founder and CEO of SiGMA, commented, “We are impressed by the vibrant entrepreneurial spirit in South-East Asia, specifically in Manila and the Philippines. Which is why we believe that ICE, SiGMA and AIBC – Asia – should be held in Manila. I look forward to the first edition this coming June 2020 with excitement. The feedback from our previous attendees in Europe has been overwhelming.”

Kate Chambers, Managing Director for Clarion Gaming, commented, “The opportunities for growth in Asia are increasing exponentially year on year, and the time is right to cement new and existing relationships between the gambling industries in both East and West. To combine the expertise of Clarion courtesy of the world famous ICE brand and SiGMA ensures both the land-based and iGaming sectors will find synergy in Manila in 2020. This is an exciting time as we extend the reach of the ICE brand following the launch of ICE Africa in 2018 and ICE North America in May 2019.”

On June 8-9th, 2020, all eyes will be on South-East Asia, in Manila for this gathering of top level delegates from all over the world.

The floor plan for Asia is already filling up fast. Detailed information about our Sponsorship and Exhibitor packages can be found on our site. If you have any questions, or wish to speak to someone about opportunities, please contact Eman eman@sigma.com.mt or Jean at jean@sigma.com.mt .

Visit www.sigma.ph or www.ice-asia.com for further details about the Gaming conference in Manila

Visit www.aibcsummit.com for further details about the Blockchain & AI conference in Manila.