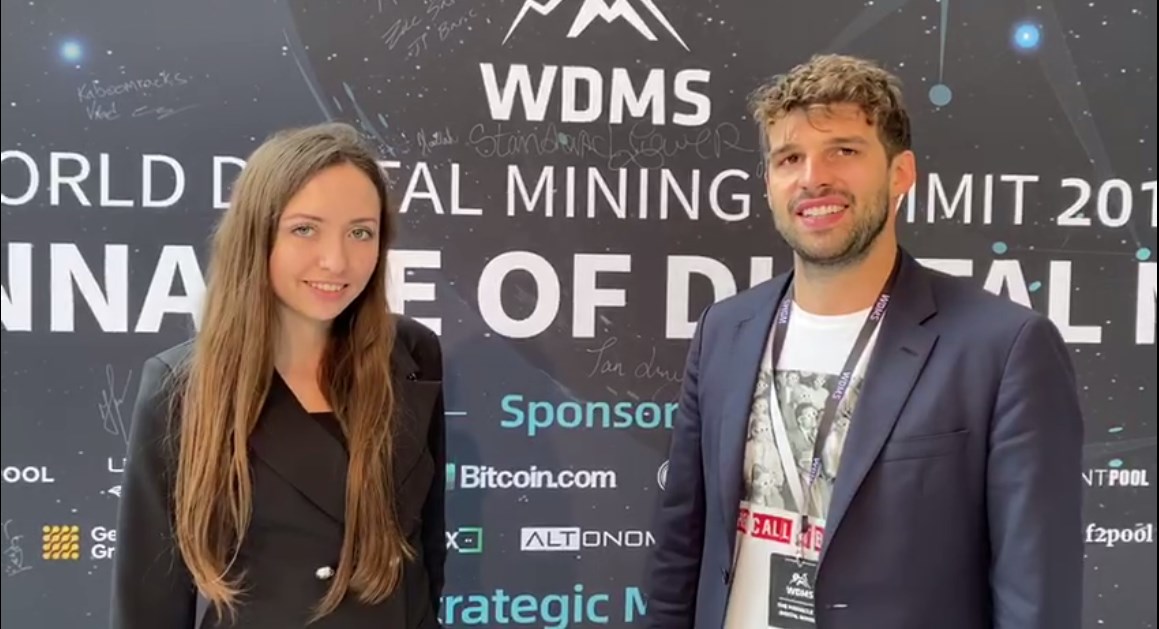 – How did you meet your co-founders?

– We all started around 2013, me and my co-founders we all being active before. We got to know each other due to crypto currency community – we were lucky. We did trading activity before; we did a lot of interesting projects for the community. But the big thing actually came when we had already built our first home miners. And the price of bitcoin went from one hundred to one thousand and also Litecoin went from one dollar to thirty. That was a big boom and we have experience a lot of booms until now. And that was one of the bigger ones. It turned into rush and we had our home mining machine into set and to scale it up. And we have our business out there.

– Could you say more about cloud mining and why it is more profitable?

– It all comes with the benefits that you have running large mining operates. When you grow – you have economy of scale. Ideally you have electricity contracts with electricity producers that are much lower than electricity you have at home. And also you can optimize your mining equipment when you’re doing large scale farms. All that was basically something that we have seen already from the start because we knew that it would be a shift from the home miners, from the medium scale miners towards large enterprise. And I think it’s not only economic benefit, it’s also an important for the whole industry that large mining operations are giving everyone the possibility to participate in mining and you can only do that via shared mining and with cloud mining. Because otherwise if you don’t make that you only have an oligarchy of large scale mining operations and no one else had chance to participate.

– What is the return on investments in cloud mining?

– It’s very hard to say! It’s like you ask how much money do I make if I buy now and sell it. Its cannot be really directly answered. But the benefit of mining itself if compared to buying and holding you have the difference that you are generating income every day. Even if the bitcoin price stays constant – you’re generating more and more. It’s like a gold mining, you’re digging gold out oа the ground. And you generate different types of income.

– As we know you have mining farms in Iceland and Sweden. Do you plan to expand your business to any other countries?

– Yes, we have our main bases in in Iceland and Sweden, and we have now 6 years of expanding to more than six countries on four continents. We also present in US and we’re expanding also in the eastern world. For us is very important that we have a diversified portfolio of mining operations. We need to be decentralized and do perfectly diversified.

– How do you see the future of cloud mining of Genesis Mining and what services other than cloud mining do you provide?

– I think cloud mining will play more and more important role to work against the centralization of mining. For the Group perspective we want to continue to grow our mining operations, we want to continue in growing our all mining operations for our customers. We have for example he Genesis Cloud, which is high performing computing company, the part of the Genesis Group. And we offering AI computing capacity and also other high performance computing like scientific computation etc. We see the Genesis Group growing in a whole scale not only in blockchain but also high performance computing.

– Have you heard about immersion cooling systems in mining and what’s your opinion on it?

– Certainly! Immersion cooling exists for a long time, usual – in Data Center world. As for mining, to my mind – it is tricky. Because mining is extremely sensitive to capex costs, to reducing costs to minimum. Immersion cooling solutions tends to higher capex. But you can gain something on efficiency. You have to do the numbers very carefully. And also it depends where to mine – in the hot area it has more impact than in cold one.