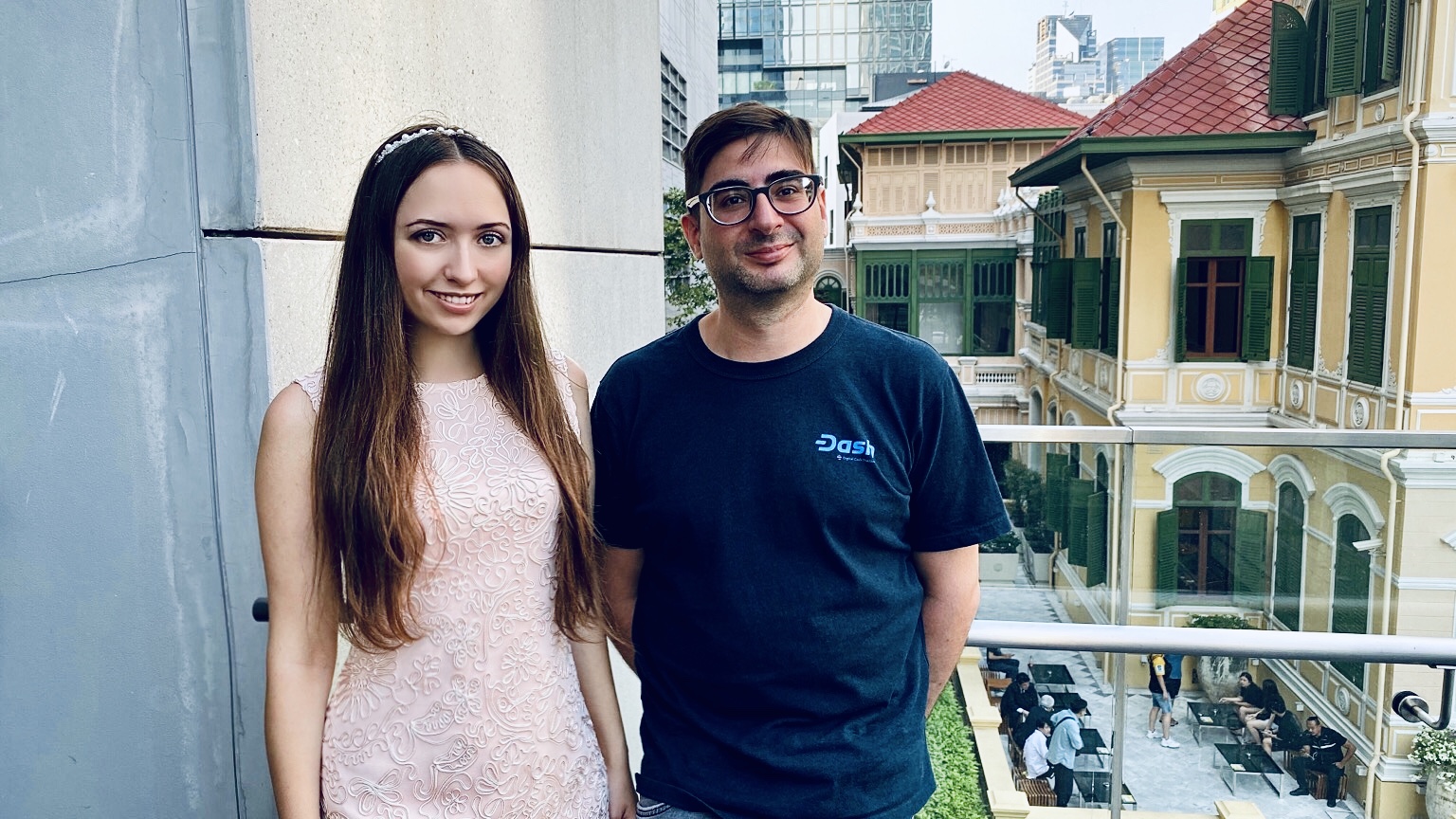 Felix Mago is a veteran of the crypto industry who has been working in the blockchain sphere since 2014. He is the Co-Founder of FUTERIO, a Europe-Asia Blockchain and ICO Hub, and the author of the “Bitcoin Handbook”. Felix is also the Head of the German “Blocktech Institute” which helps corporates from all sectors in finding their blockchain potentials.

Now Felix is the co-founder of Dash Embassy Thailand as well as Dash Next project. Coinstelegram Agency CEO Anna Tutova asked him a few questions during the World Blockchain Summit Bangkok about how he sees the current blockchain scene in Asia, why he chose Dash, and what prospects he sees for the future of this project.

Hello everybody, we are now in beautiful Bangkok, and here is our guest, Felix Mago, co-founder of Dash Thailand and Dash Next. Hi Felix, tell us how did you get involved into blockchain?

It was actually long time ago when I started off writing a book on Bitcoin, it was in 2014. It was very stressy thing to do, it was very complicated then. If you googled for blockchain or bitcoin, it was not much information available, and that`s why I decided — ok, let`s write a book, let`s teach people how to get into bitcoin, and then I fell into that rabbit hole like most of us did.

How did you join Dash, and why did you decide to develop it?

Since 2014 I was involved in blockchain in a variety of projects. We also have Blockchain Academy in Germany teaching big corporations how to use blockchain to essentially earn more money and to have better tech than they had until now. At that context I was very active on a Berlin blockchain scene where I met the Dash team from Europe, and then we started talking, one thing led to the other, and now I`m here in Bangkok running Dash in Asia.

How do you see Asian market? Do you consider it more active than European market?

This question has many levels. The blockchain scene here is very-very active, and I would say the payment space, at which we are, is superfast moving, and it`s really completely different to what we see in US and Europe. In Europe, for example, we still have a lot of credit card payments, there’s still a lot of cash payments. The US is always famous for

credit cards. And it feels like here in Asia the credit cards were just skipped, and now everybody pay with QR codes. Just look at the pure numbers of the non-cash payments that are growing very fast in Asia, faster than anywhere else in the world. And that is why I think we really should be here, and there’s a big chance. I see it as we also provide a solution that is not all alternative, it’s rather additional to the payment solutions you already have, so what we always offer to the merchants we onboard, the same — why don’t connect to crypto payment solution we can settle all in fiat money if this is your requirement, and at the end of the day we can bring you new customers.

What are biggest challenges for Dash in mass adoption?

I mean there`s still a chicken-and-egg problem, and that`s still a young market. Maybe you’ve heard my presentation on the stage — I always compare it to the development of the Internet between 1980 and 2000. So the question I think everybody’s asking is are we still in 1980 or are we already in the year 2000 Internet? And you know we need some tipping points — in the internet it was Netscape, it was suddenly the usage of email all around, it was web services like AOL. And then we needed really a long time for another tipping point which was the iPhone, Facebook, Uber, Airbnb. And I don’t think we have seen that yet in the blockchain space. Nonetheless it is growing very fast, and one blockchain year feels like 12-14 years.

How often do you use Dash yourself?

On a very regular basis. Here in Thailand we`ve created the first crypto payment ecosystem like something that’s been from 50 to 100 merchants. So everybody who comes to

Thailand can go out in a restaurant, you can have a personal yoga trainer, can have a tour guides, can book a hotel here in the city. So there’s a lot of options, and as for me personally, I try to use it as much as I can then, to go to our merchants also because I really want to support them.

Are there some exciting partnerships for Dash in the future?

Yeah, we got exciting partnerships, we just onboarded a couple of hotel platforms — now I think it’s five or six of them onboarded, and now we have more than 4.5 million hotels, 600 Airlines, we are right now in beta test with the debit cards which is from a partner we developed in Korea. We also have a public transport card that integrates into 10 million shops in South Korea. I just came back from Malta and CBD conference. There`s a lot of cash issues to be solved there, because this market is usually considered high-risk business, yet it’s a very growing industry. This is why the market is in need for better payment solutions. You don’t have to carry around cash anymore because obviously that is high risk and unsafe.