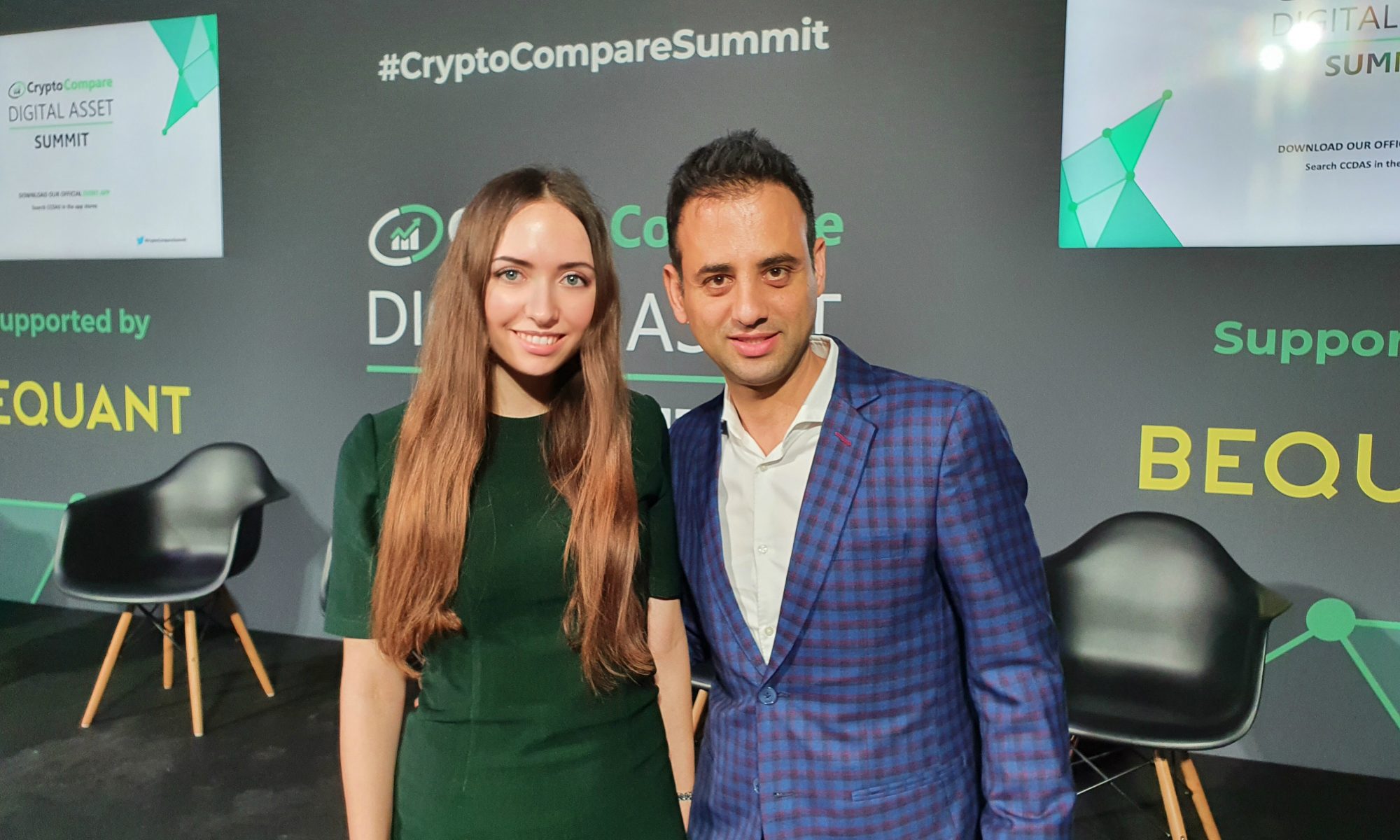 Anna Tutova: Hello, guys, we are now in London at CryptoCompare Conference and here is our guest Ran Neuner. He is the host of CNBC Crypto Trader Show and Founder of Onchain Capital.

Ran Neuner: Thanks for having me!

Anna Tutova: So can you tell us how did you get into blockchain industry?

Ran Neuner: It is a long story, I would try to make it shorter. So in 2015 I sold one of biggest marketing company in Africa and in the last project we did I was CEO of the company, we launched peer to peer payment network for Vodafone. When I saw this, when I saw bitcoin, I realized, that bitcoin is without government intervention. Then I went all in it, I started trading it, buying it, selling it, and here we are today, we are all in.

Anna Tutova: So which year was it?

Anna Tutova: Very early! So how did idea of making CRYPTO TRADER show come to you?

Ran Neuner: Well, at that time, we all bought assets, we bought Bitcoin, Litecoin came up, Ethereum came up, we just bought those assets, but we couldn’t get information, as there was no Coinstelegram or Cointelegraph, there was nothing. So I had idea of communicating this. So I went to a friend of mine, who was the director of CNBC, one of the owners of CNBC Africa and said: “Look, we need to have a show”, and he saw enlightenment and now we have a show.

Anna Tutova: Great! And can you tell us about your activity in Onchain Capital?

Anna Tutova: And are you focused on any particular industries in blockchain?

Ran Neuner: Anything that is blockhain related: equity or tokens, effectively we back founders or people, we can do blockhain with it, so first we back the space, then we back people.

Anna Tutova: And currently are you bullish more on Bitcoin or Altcoins?

Ran Neuner: We are bullish on a space, we believe that bitcoin is a great store of value, and maybe digital currency, but really we are more bullish on what we can build in the space. So we invest into people and startups, so we are full of experimentation, with what happening in the space.

Anna Tutova: And now we see such a big drop on the market: on equities, commodities and as well on cryptocurrency market. You mentioned in your panel, that Bitcoin is now not non-correlated asset. Can you tell us more about your opinion on this?

Ran Neuner: Yes, for the longest time we have been saying that bitcoin is a non-correlated asset, we must have it in our portfolio as it is non-correlated asset, but the truth is if you look back in history, Bitcoin was launched after the previous financial crisis, which was in 2008, and since then there hasn’t been really a major financial crisis, so we had never had a chance to check bitcoin’s correlation in times of financial crisis, this is the first one. And if you look at market today, we can see that Dow Jones is gonna open at 3%, it is 3% up. And if you look at Bitcoin, you can see that Bitcoin is 3% up, and it happened yesterday, and it happened the day before. So what we see is that, maybe in times of financial crisis Bitcoin is much more correlated with markets, than it was before.

Anna Tutova: So it is not safe heaven?

Ran Neuner: Not yet, I mean I hope that it will become like a gold digital safe-heaven, but as of yet we haven’t seen that this probability is coming for.

Anna Tutova: And when do you expect the growth of the price of Bitcoin?

Ran Neuner:  I am not going to speculate on price, I’m gonna speculate more on adoption. As long as people here are holding full stuff that works, more people will use it and the more people will use it, the more it will be adopted and the price will go up. It is simple as that. So it is function of people and what they are building and that will create the adoption.

Anna Tutova: And what do you think about halving, will it be push for the price of Bitcoin or not?

Ran Neuner: Any miner that worked minus knows that halving is coming. And in this occasion it will be an active factor, that their award will go down by 50%. So I think, that by now minus, when halving is two months away, by now people had trust in it, and now people didn’t expect to see very big virus. What is going to be interesting is, when halving comes you put BCH halving first, then you got Bitcoin, then you got BSV, and it is very interesting to see how people move from their hashpower of BCH, when they gonna earn half of the award on a sudden to Bitcoin and it’s gonna be more interesting play, let’s see, when it happens.

Ran Neuner: Thank you very much!