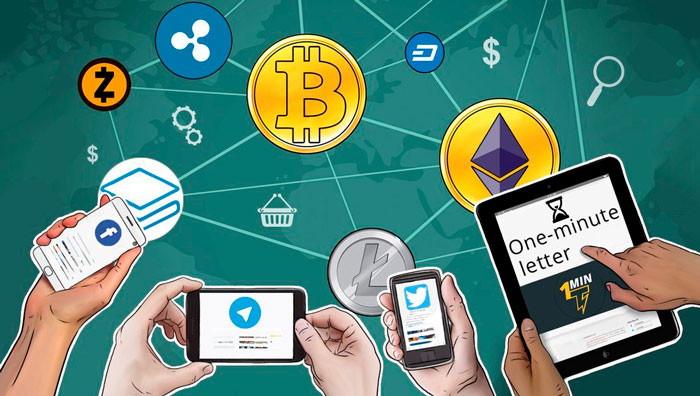 After more than 10 years of its existence, Bitcoin has not yet made global changes in the life of mankind. And although thanks to Satoshi Nakamoto, there is a new, unique blockchain industry, a radical change in people’s lifestyle remains only in expert forecasts and optimistic articles on thematic resources.

It is no secret that the blockchain industry, today, goes beyond the financial sector, capturing the most diverse areas of human activity. One of such innovations in the usual way of business has become ICO and STO – forms of raising capital through the sale of tokenized assets for the further development of a startup, and despite all this, cryptocurrencies did not deserve mass adoption. Entrepreneur and developer Sylvain Saurel in his blog identified 4 main problems on the path of mass expansion of Bitcoin.

The technical and abstract concepts of Bitcoin, or any other cryptocurrency, are much more complicated than they might seem at first glance. Even the very idea of ​​a decentralized registry with data will be difficult to understand for the vast majority of Internet users.

Although every day more and more educational materials and articles appear on the network that is designed to enlighten those who are not yet “on the topic,” the process of interacting with cryptocurrencies, their use and transfer should be simplified.

The average payment card user is not interested in hearing about private keys, transaction hash, and dynamic wallet addresses. In this case, simplification and training are the first keys to the mass adoption of crypto.

The first thing that comes to mind for most people who have ever heard of cryptocurrencies is high asset volatility. People are sure that this is a very high-risk investment and an unsafe way to store their funds. Although someone is lucky, but many are not ready to tempt fate and risk their fortune.

From the point of view of traders, high volatility is an absolute plus, but for the general public, the main differences between cryptocurrencies and fiat end there. Constant speculation in the media regarding the exchange rate of Bitcoin, Ethereum and other coins overshadows the revolutionary blockchain technology that underlies any cryptocurrency.

In this case, the information field will play an important role, which will show cryptocurrencies not as a speculative tool for easy money, but as a unique valuable asset that is not regulated by the state.

With the increasing popularity of cryptocurrencies, the number of transactions within the network will also increase. At this stage, a serious problem may arise with the throughput of blockchain networks, which may not withstand the multiply increased load.

Unfortunately, the vast majority of owners and buyers of BTC acquire an asset exclusively for speculative purposes in order to make money on this in the short term. It is the growth in demand for Bitcoin that provokes an increase in its value, and then the “investors” begin to sell coins in large quantities, followed by a large collapse.

A positive indicator in this matter is the constant increase in the number of businesses that are willing to accept Bitcoins as payment for their goods and services. This can really push people to rethink their attitude to cryptocurrencies and try to use them for their intended purpose.

In conclusion, we can say that the potential of Bitcoin and other cryptocurrencies is many times higher than current usage indicators and the number of applications. And the formation of a new financial system that can change the usual way of life of an average person requires more time and effort. And although there are some obstacles to the mass adoption of cryptocurrencies, which were discussed in today’s article, the crypto community is gradually moving towards their solution.