El Salvador is a Central American phenomenon. The country became the first not only on the continent but around the world to accept Bitcoin as legal tender. The country’s president, Nayib Bukele, is a real bitcoinist, a blockchain fan who does everything to develop cryptocurrencies in his country.

The El Salvadorian government has announced the construction of crypto cities that will focus on mining Bitcoin with ecological power plants powered by volcanic activity. Unfortunately, until recently, few people knew enough about El Salvador, but today it has become a Mecca for crypto enthusiasts, and thousands of bitcoin fans are arriving there who want to unravel the phenomenon of a small, but distinctive and unique Central American country.

Right now, a group of crypto enthusiasts is filming a documentary about the country, about the people, and of course how the government of El Salvador is transforming it into an advanced crypto-economy. 8 team members from Russia, Portugal, UAE, and Mexico decided to tell the world about what is happening there right now.

“Main goal through our documentary is to show the world the potential of this country, which is offering to the Bitcoin community around the world. And that San Salvador is at its early stage of becoming a Bitcoin capital of the world” — team members say about their mission.

Right now in the capital of El Salvador are:

Ilya Radionovski is a co-founder of the Futurama Blockchain Innovators Summit in May 2018, a partner of Brock Pierce and Joshua Hong. Producer of the world’s largest (14,000 attendees) Chain2020 Summit in Hong Kong, investor, DSN founder, and producer of over 10 documentaries.

Alex Belov is a co-founder of the Russian company for the production and configuration of immersion cooling for mining equipment Beeminer, journalist and contributor to TOP-media (Forbes, Entrepreneur, and others), speaker, TOP blockchain entrepreneur, and founder of the Coinstelegram agency.

Ksenia Kiseleva — TheCoinRadar and MetaNews owner, advisor to the Dubai government on the country’s first crypto license, Advisor to the Franck Muller Bitcoin collection on the blockchain part.

During Bitcoin Week, a major event in the country’s capital, San Salvador, the team learned many of the plans to promote bitcoin, attended Naib Bukele’s speech, and prepared to share what they saw with the world. In addition, the filmmakers plan to interview Bukele himself to find out the personal vision of the President of El Salvador on what is happening in the country and how he sees the future of his homeland.

The Decentralized Team, like Alexander, Ksenia, Ilya, and other participants in the new project call themselves, have huge plans, which are not limited to the creation of a documentary:

You can join the team of enthusiasts at the center of global crypto adoption at www.BitcoinCity.global, where investors, blockchain specialists, and cryptocurrency fans have come together under common interests and ideas. 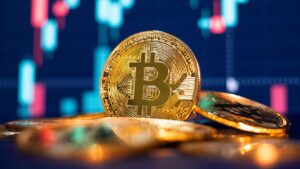 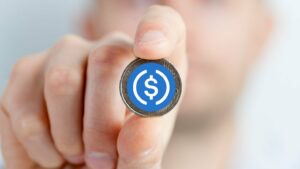