Why did NTF games become so popular? The answer is obvious: they allow people to use the latest developments from the decentralized technology industry through gameplay. Some of these games have become a whole business for crypto enthusiasts and people far from the industry who collect NFT cards, earn internal tokens and sell them on exchanges.

But, like any very popular market, sooner or later it will be oversaturated with various identical projects. It is already becoming more and more difficult to find fresh ideas in the play-to-earn games sector, but today we will tell you what distinguishes a project with potential from trying to jump on an accelerating train using the example of Shiryo-Inu.

Shiryo-Inu is an NFT game on the Ethereum blockchain. The contracts have been audited by Certic, which is a big advantage for the project. Shiryo allows for the minting of trading packs, each trading pack will contain a  random combination of cards. 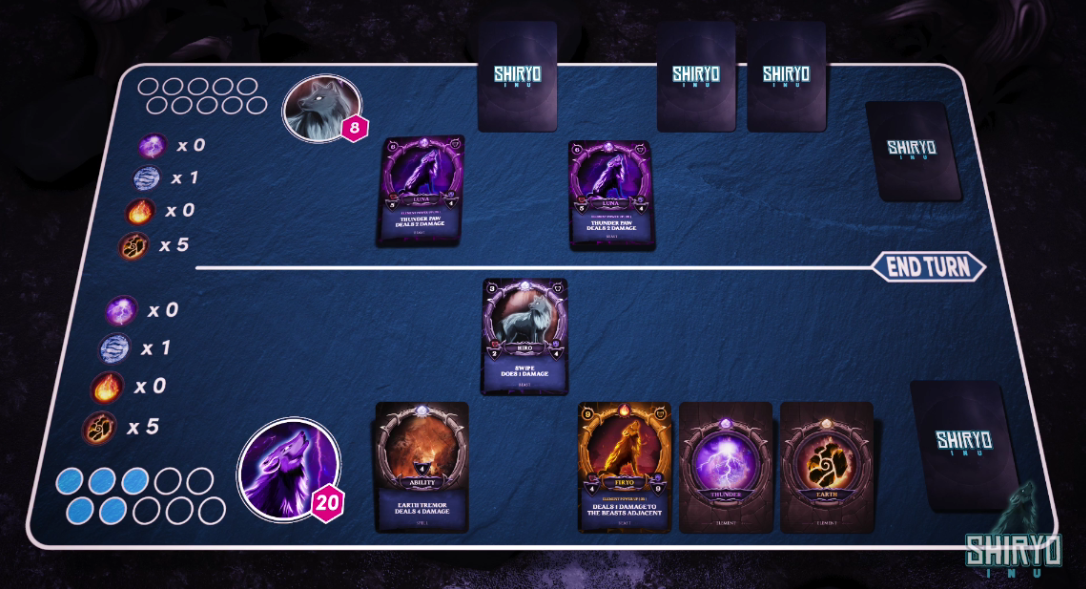 The gameplay resembles such classic titles as Hearthstone, Gwent, and other card games familiar to every gamer.

Players will connect to the DAPP and select 50 cards to form a deck, users will need a minimum of 5 element cards in order to play and one season card can be placed per turn. Stronger Shiryo-Inu monsters require more season cards to be placed to allow for their summoning

Cards are divided according to rarity levels with a chance of getting the rarest one when minted.

When playing Shiryo-Inu, users automatically launch a play-to-earn mechanism that allows them to be rewarded in tokens for winning games and completing various other incentives such as weekly competitions. Players will be rewarded in the game native token.

The gameplay is not yet available, but the developers promise to launch the game in the nearest future.

The project was launched at the end of October 2021, but has already achieved good results. SHIRYO-INU token has shown almost 1500% growth in two weeks after launch and is held by over 24,000 people.

A fully diluted market cap can reach $ 91,000,000.00. More information about the token is available on CoinGecko. You can buy or sell a token on Uniswap.

Plans for the future

In addition to launching the game, the development team of marketing, design, development, and community management departments is planning a powerful marketing campaign on Telegram, Twitter, Weibo (Chinese Twitter), and Youtube.

According to the project representatives, almost 100 different promo videos were made or in production for the future campaign. This shows a potential explosive increase in attention to the NFT card game immediately after the activity on all social networks.

Shiryo-Inu is a fast-growing project in the crypto-games industry that combines the best qualities of technology, but at the same time does not forget about the security of contracts.

If the developers keep their promises and keep pace with the development of the project, we will soon see a new star on the horizon of NFT games.

ETHBarcelona, Spain’s First Ethereum Conference, is here to prove that the Blockchain can be a force for good

Assessing Why Bitcoin (BTC) Dropped Beneath $20K on June 30