According to analyst company The Block, the volume of transactions in stable digital assets exceeded $360 billion in February this year, setting a new high.

Tether (USDT) remains the most liquid stablecoin with a share of 63.5% of total stablecoin transactions in the market. Over the past months, news about the issuance of additional USDT coins has appeared regularly, as a result of which its capitalization has grown to $35.048 billion. 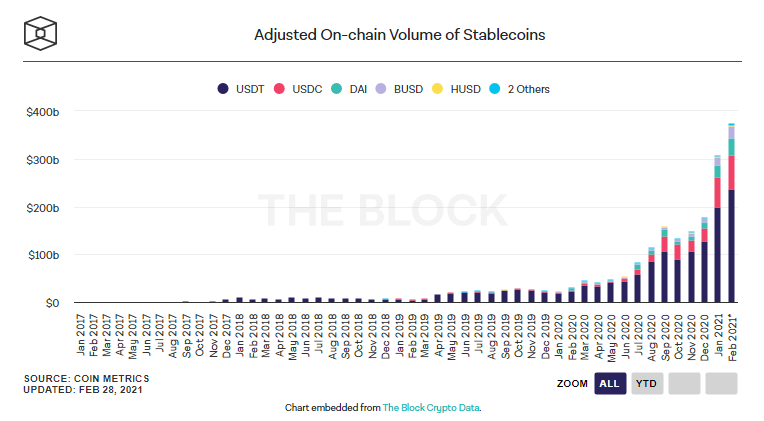 18.7% of the stable cryptocurrency market belongs to the coin from Coinbase – USDC. Its capitalization approached $ 8.85 billion.

The third place is occupied by DAI, which provides 9.6% of the total trading volume of the stablecoins market.

Last month, the volume of transactions in USDT was $232 billion. According to Unfolded, the total market supply of stablecoins exceeded $50 billion for the first time. 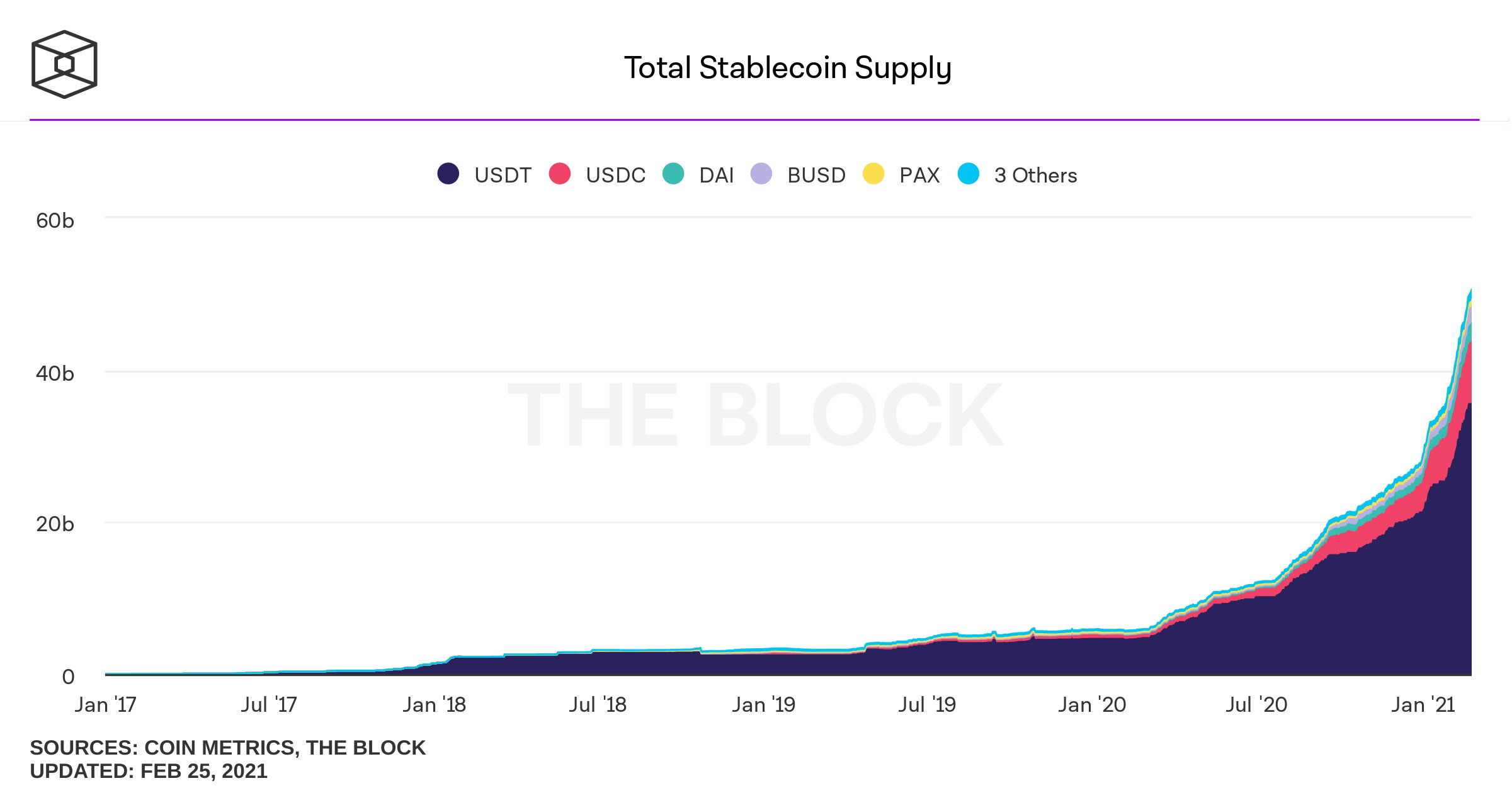 The growth in the capitalization of digital stablecoins was accompanied by the growth of the entire cryptocurrency market. The continuation of this trend may signal another inflow of capital into Bitcoin and other cryptocurrencies. For example, among traders in the Asian region, USDT has been and remains the most popular asset for buying bitcoin.

Read the more hot and latest news on Coinstelegram!