Swiss horology brand Franck Muller can’t be accused of making an understatement. The “Master of Complications” brand has provenance, and a history of bold innovation. For instance, it crafted the signature Cintree Curvex case at a time when haute horology was bound by tradition, and round watches were the norm.

It was in the 90s that Franck Muller imagined and carved a three-dimensional tonneau—“barrel” in English or in the world of watches, a curvy rectangle—a first for watchmaking. The iconic Curvex later inspired other watchmakers and in the post 2000 era, brands like Richard Mille and Hublot began using the tonneau.

Last year, Franck Muller became the world’s first watchmaker to engineer a merger between the worlds of cryptocurrency and high horology by introducing the very first Bitcoin watch series. The Encrypto line of watches found favor in cryptocurrency investors, appearing in Tokyo, Hong Kong, Singapore, Miami, and Dubai. Car influencer Supercar Blondie added to the hype by mentioning the Encrypto at the Abu Dhabi Formula 1 Grand Prix last year, on his social media, with some 20 million views.

The Encrypto watch is more than a pretty face. Powered by technology from tech partner Regal Assets, each watch carries a unique QR code, generated offline via non-deterministic TRNG (True Random Number Generated) methods. With this watch, Bitcoin Hodlers can scan their watch dial to check their balances and deposit bitcoins to their personal account. The dial, with the inclusion of a functioning QR code, was so innovative that Franck Muller filed a patent for it. 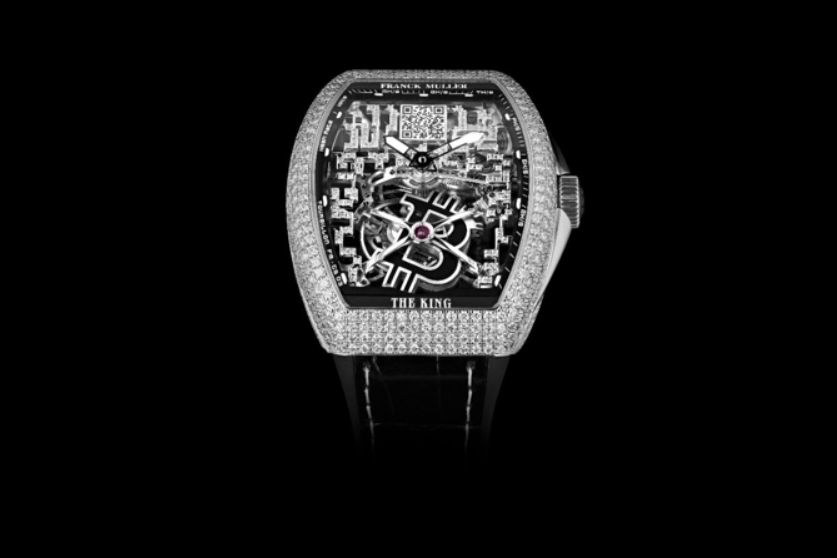 The King appellation is homage to Bitcoin’s informal status in the cryptocurrency world. Both lines come with large tourbillons showcasing mechanical artistry in the lower half of the watch face. And both carry the Franck Muller hallmark tonneau-shape.

If the original Encrypto Bitcoin watch, based off the Vanguard line of sportier Franck Muller watches, were for Hodlers, Bitcoin believers who invest in the long term waiting for their virtual assets to appreciate, then the hyper-exclusive just released King line is for the “whales”—investors with crypto holdings large enough to give them the clout to move markets.

The Carbon Fiber King line is limited to 10 exclusive pieces. The black carbon fiber case draws the eye in to the sophisticated skeletonized dial, replete with rose-gold accents and centerpiece tourbillon with a Bitcoin logo. The essence is in the details: a closer inspection shows a range of intricate flourishes. The boundaries of the watchcase make room for hash rates, the measuring unit for a Bitcoin network’s processing power. The stylized numbers on the watch face are abstract, and modeled after QR codes, floating over a multi-layered skeletonized movement. Only by letting the eye relax does one see the numbers reveal themselves. The movement itself is laden with beautiful embellishments highlighting its bridges, plates and components. The bridges and pillars of a traditional tourbillon have been transformed into an elliptical circle that creates a three-dimensional aspect.

The King Tourbillon is a beguiling piece of watchmaking art, laden with intent. It also comes in a diamond version—with a run limited to twenty pieces. Here, the understated severity of the carbon fiber gives away to the confetti glazing of a multitude of diamonds around the case. The intricate inner workings, skeletonised movement and sapphire crystal front and back remain the same. Both watches have massive mechanisms, where the bridges and pillars of a traditional tourbillon that have been turned into an elliptical circle with diameters of 21.2mm.  An eccentric balance of 14mm further characterizes this radical tourbillon powered by the same 24-jewel manual winding CS-03.SQT movement, beating at 18,800 vibrations an hour.

The extreme rarity of these watches has led Franck Muller to make them available only to existing Encrypto line clients. The market scarcity will probably see significant appreciation in the preloved market, making these works of horological art a sound investment in their own right.

Watch the video about it here. 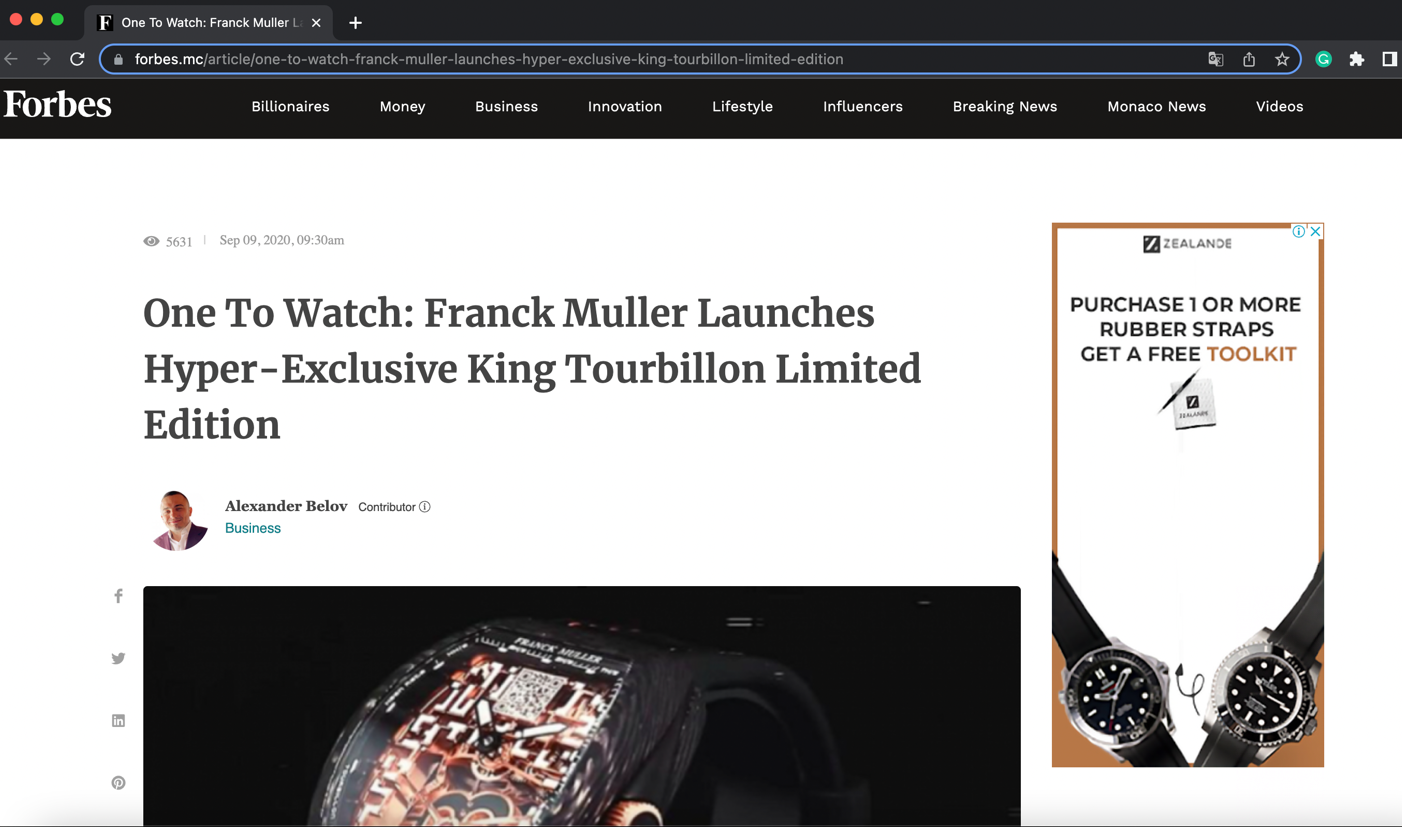 Be cautious with Maven Interactive and Coiniswap — SCAM