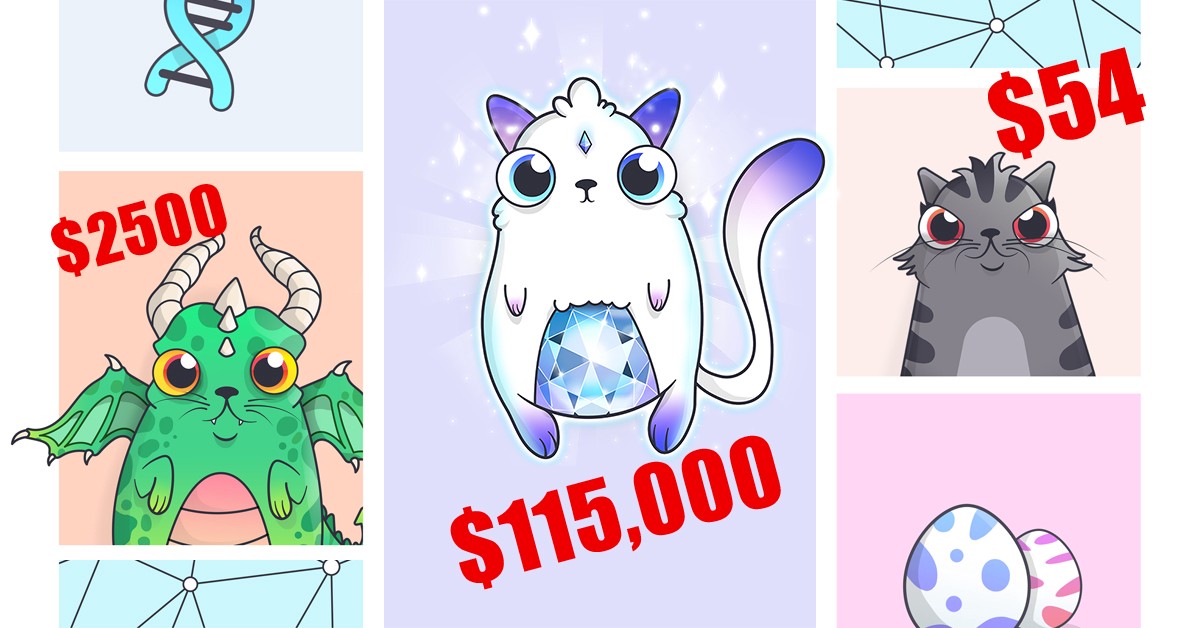 CryptoKitties, the Ethereum-based digital kitten collectibles game, has processed more than $12 million in sales on its decentralized marketplace.

Essentially, CryptoKitties is a Tamagotchi-like game developed as a decentralized application (dapp) launched on top of the Ethereum protocol. Each digital kitten represents a unique crypto asset and the ownership of it cannot be altered, as it is integrated onto the immutable Ethereum Blockchain.

According to Kitty Sales, five of the rarest digital kittens on the CryptoKitties platform were sold for over $100,000 each, with the most expensive digital kitten being sold at around $120,000. Some analysts and researchers have questioned the value of these digital kittens, and whether the platform itself is sustainable in the long-term.

While the vast majority of CryptoKitties critics perceive the platform as a simple collectibles game, prominent venture capital investor, Andreessen Horowitz partner, and Earn.com CEO Balaji Srinivasan explained that CryptoKitties has demonstrated frictionless international trading of digital assets on a Blockchain at a large-scale. He believes the game has proven that assets can be traded in a decentralized manner without the involvement of intermediaries.

Using the same mechanism and technology that CryptoKitties uses, a digital asset can be exchanged seamlessly, through a decentralized platform. If the CryptoKitties platform is evaluated as a peer-to-peer digital assets exchange, the technology’s use case becomes more intriguing than a simple collectibles game.

In the long-term, investors and traders will be able to exchange digital assets using decentralized applications on the Ethereum network. They will no longer have to rely on centralized platforms that are vulnerable to a wide array of threats and are equipped with strict Know Your Customer (KYC) and Anti-Money Laundering (AML) policies.

No such thing as intrinsic value

Moreover, Bitcoin and the cryptocurrency market have proven that the concept of intrinsic value is flawed. Value is subjective and no asset or currency in the global market is intrinsically worth a particular value.

Ethereum co-founder Vitalik Buterin provided the auction of Leonardo Da Vinci’s Salvator Mundi as an example. The painting by Da Vinci was auctioned off to a Saudi price at $450 million, by Christie’s. The painting could represent $450 million in value to Saudi Prince Bader bin Abdullah bin Mohammed bin Farhan Al Saud, the buyer of the painting, but to others, the painting may not be worth that amount.

“Illustrates very well that the value of a Blockchain extends far beyond applications that would literally get shut down by banks or governments if they did not use one.”

The value of the digital kittens on the CryptoKitties platform is based on rarity and scarcity, like every other cryptocurrency in the market with a fixed monetary supply. On top of that, CryptoKitties has demonstrated the possibility of frictionless and seamless trading of digital assets, which could be implemented at a larger scale in major industries such as finance.