Today we are going to tell you about an interesting project, called Odyssey. Information on it, as well as on the OCN project’s crypto currency, is very small in the network, as it started recently. The more interesting it will be to study it.

According to the website, the ODYSSEY mission is to build a decentralized economy of shared economy and a peer-to-peer ecosystem.

The term “sharing economy” is not entirely understandable to the man in the street. You can find several options for its translation into Russian: shared economy, sharing or participation, etc. However, the essence is one, and it consists in the fact that the participants of such a system have common access to any goods or resources (in the real world it can be housing, vehicles, infrastructure, in information – any services, information, resources or time ). That is, the emphasis is not on ownership, but on equal rights to use something. This is the digital “communism”. But back to Odyssey.

The project is created to reduce overall operating costs, improve market efficiency, improve the profitability of the supply of products and services. Using the block system, artificial intelligence and large data technologies, ODYSSEY will present the following features to users:

1. A single protocol based on a trust-based system for all market players:

– Anonymity and reliability of operations

– Intensification (productivity growth due to the control of resources and the use of new technologies, the cost increase pays off efficiently and economically using all resources)

– Decentralization and the minimum transaction cost

– Faster transactions without obstacles in the form of high payments

Within the Odyssey project, it is planned to create a reliable economic exchange system, in which such principles operate:

– Everyone owns the data that he has and that he creates. Data can be freely owned, they should not be used as a payment for the right to participate in a shared economy

– Freedom of exchange and sharing. Everyone who invests in the Odyssey economy will be entitled to a proportional profit for his contribution in accordance with the Odyssey reward system

– Credits are free (no interest), but their provision is rewarded according to Odyssey credit protocol rules.

– In the economy of joint access there is no place for monopolies, it is unbiased with respect to all.

Legal status of the coin

ODYSSEY PROTOCOL FOUNDATION LIMITED operates under the rules of the Singapore organization ACRA, under the Singapore Companies Act, but the Board of Trustees, which manages the work of this organization, is independent of the government. In other words, the coin is in the jurisdiction of Singapore.

What is the role of the OCN coin in this system?

Look at the scheme taken from the project site, and try to figure it out. As you can see, the participation of the coin is as follows:

– OCN is used as a reward for ecosystem participants

– OCN is used as internal money (this is indicated by the exchange between the participants of the scheme in the form of squares “Demand” and “Offer”).

– The coin is used as a payment for developers and community operators (according to the official documentation, these are key nodes of the ecosystem network, that is, the participants that ensure the autonomous functioning of the

ecosystem.) Such participants will be selected depending on their contribution and total contributions:

We can see that OCN is not just another pass-through cryptonet, but an integral part of an interesting economic system. This will definitely attract interest from the crypto community, where freedom from institutions is strongly encouraged. 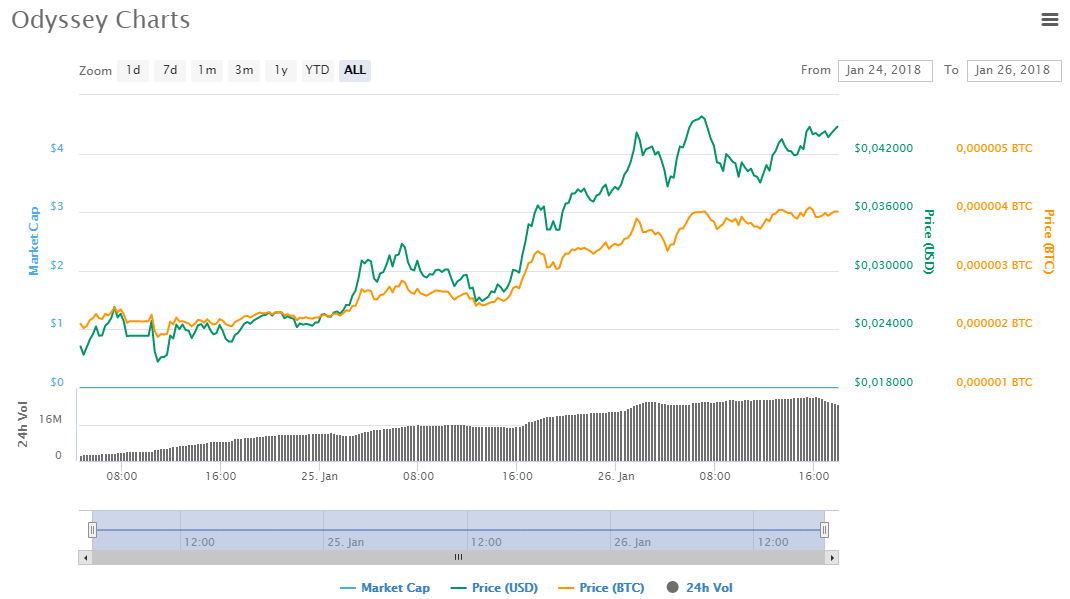 The coin is traded on the exchanges for only a couple of days and shows steady growth, however, there was not yet a full-fledged “to the moon” – and it is possible with a light heart to buy it at current exchange rates, for instance, at the Kucoin or Gate.io exchange.

Thank you for paying attention to this article!