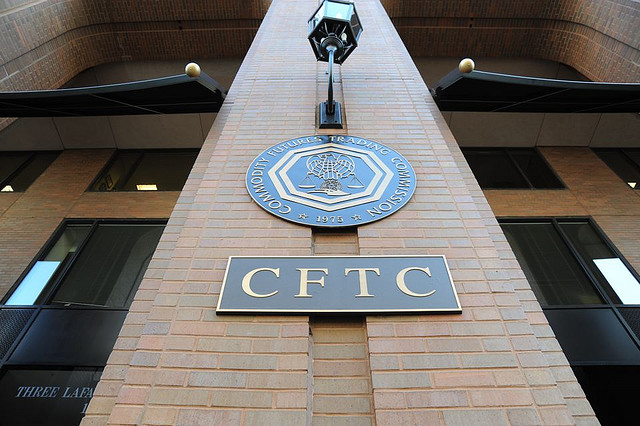 According to a report, the U.S. Commodity Futures Trading Commission (CFTC) has provided its workers a possibility to invest in cryptocurrencies.

In accordance with today’s Bloomberg’s report, the CFTC’s chief counsel, Daniel Davis, gave the go-ahead in a memo earlier this month, probably in reply to “numerous inquiries” from workers about if they could do it.

As members of the agency can now invest in cryptocurrencies, they are still banned from crypto futures or margin trading, and from using insider data gleaned through their jobs, the news source states.

A reporter for CFTC chair J. C. Giancarlo also told the news organization that workers cannot investigate or teke part in regulatory actions involving cryptocurrencies they own because of the “conflict of interest.”

According to Bloomberg, cryptocurrencies are to be traded like any other goods. Davis’ memo also underlines the necessity for employees to act correctly, saying:

“In this environment, the situation is ripe for the public to question the personal ethics of employees engaging in cryptocurrency transactions. Please keep in mind that you must endeavor to avoid any actions creating the appearance that you are violating the law or government and commission ethical standards.”

Nevertheless, some legal experts are questioning the solution, Bloomberg notes. Angela Walch, a law professor with a specialization in digital money and financial stability at St. Mary’s University, called the decision “mind-boggling,” claiming the decision “could absolutely skew their regulatory decisions.”

In the similar way, Richard Painter, a securities attorney and former White House ethics hurist, said cryptocurrencies are functionally more similar to futures than products. The CFTC shouldn’t be allowing its employees to invest in them, he claimed, arguing the step “just looks terrible.”

However, a law professor at Washington University, Kathleen Clark, said this step makes sense. As cryptocurrencies are currently classified as commodities, current “ethics standards seem to be general enough to cover it.”