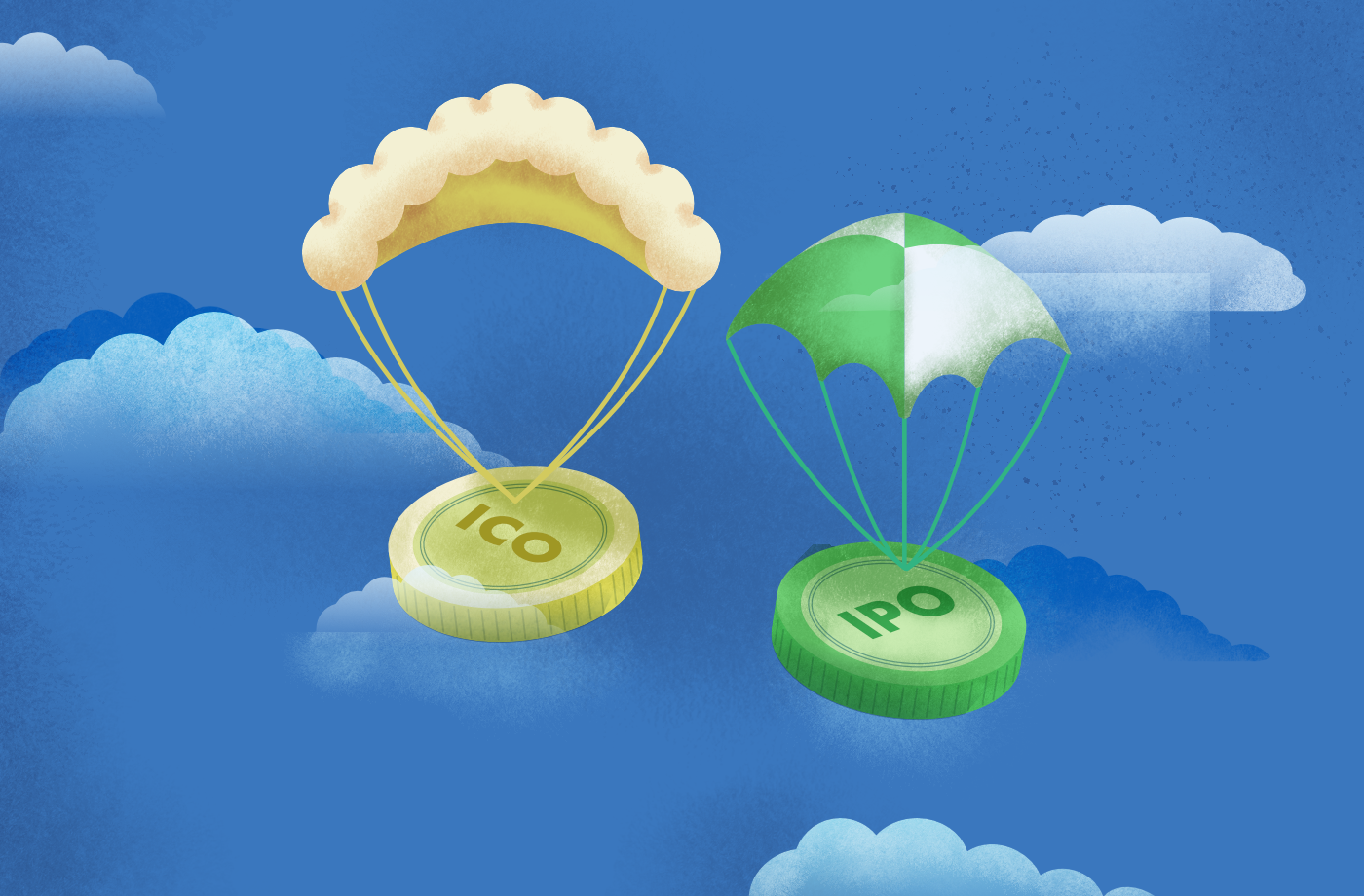 ICO (initial coin offering) is a crypto-analogue of an IPO (initial public offering), in fact, a new model of crowdfunding. At the ICO, young projects attract investment in the form of a crypto currency for the successful launch or further development. Instead of shares, the company produces tokens in limited quantities. Investors cannot influence the development of the company in any way; however, tokens can be used for purchasing different products, for paying company services or trading on crypto-exchanges.

IPO (initial public offering) is the very first sale of stock issued by a company to the public. Prior to an IPO the company is considered private, with a relatively small number of shareholders made up primarily of early investors (such as the founders, their families and friends) and professional investors (such as venture capitalists or angel investors). The public, on the other hand, consists of everybody else – any individual or institutional investor who wasn’t involved in the early days of the company and who is interested in buying shares of the company. Until a company’s stock is offered for sale to the public, the public is unable to invest in it. Public companies, on the other hand, have sold at least a portion of their shares to the public to be traded on a stock exchange. This is why an IPO is also referred to as “going public.”

There are 6 main differences between ICO and IPO: