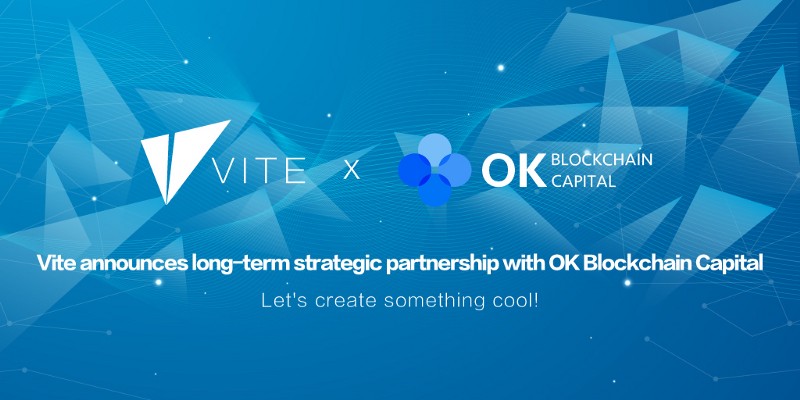 Vite Labs (VITE) is a technology company that aims to create the next generation of high-performing public blockchain that makes truly practical dApps possible.

Today, on June 24 Vite Labs has announced that it has entered into a long-term strategic partnership with OK Blockchain Capital.

The discussion between the two parties for partnership commenced in early May. After thorough analysis and careful planning from both sides, Vite and OK Capital have decided to enter into the following areas of collaboration:

«Vite Labs is excited about joining forces with one of the most recognizable brands in the industry, and looks forward to continuing to propel the development of the blockchain ecosystem», – writes the Vite team in the announcement.