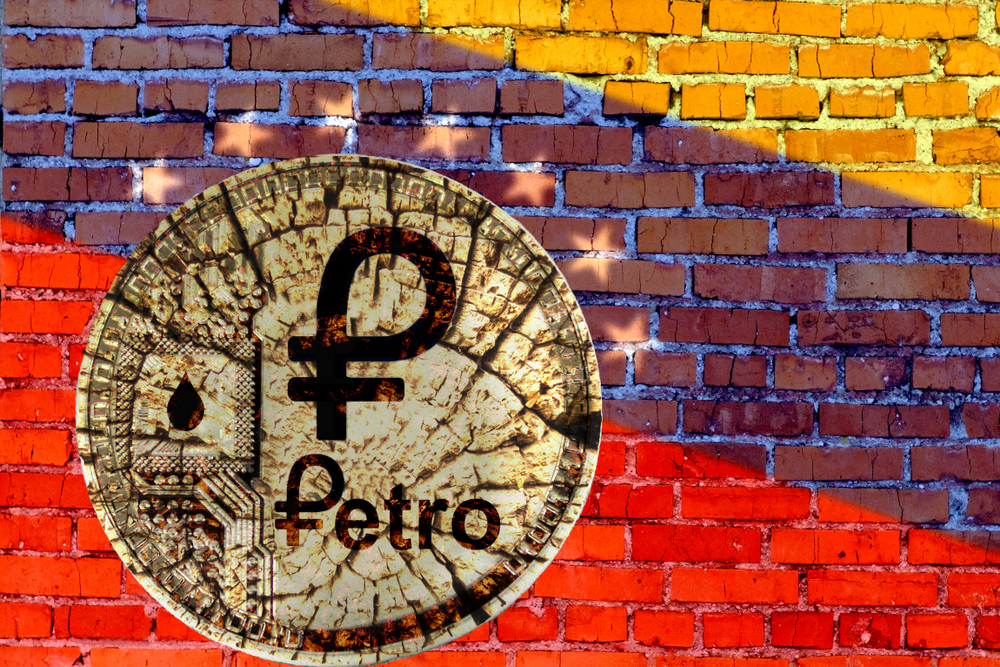 We must pay tribute to those who were preparing a “spontaneous” popular uprising in Venezuela. They waited a long time and chose the most appropriate moment when several factors “coincidentally” coincided, including the expected mass use of Petro cryptocurrency. The poor crypto, apparently, turned out to be the last straw to overtax people’s patience.

Among the most important factors that have undermined the Maduro regime, in the first place, of course, monstrous inflation, for a million percent. And almost default state of the state oil company PDVSA, which sadly announced that couldn’t fulfill the obligations as for tcontracted oil supplies. President Maduro is a very modern man, advanced in the crypto as well. And therefore he reasoned that it was crypto that could be the ideal way out of the crisis, to which he led the country. The reason for optimism was given by the rise of the cryptomarket at the end of 2017. And on March 20, 2018, the ICO of state oil stablecoin El Petro started. This haste has not alarmed anyone, Petro has collected $ 735 M on the pre-sale. A record considering state participation. The second result after the TON project by Pavel Durov, which collected $ 850 M on the pre-sale. But it did not go further – it is understandable, the market rolled down. What went wrong?

… And the state scam

By the middle of 2018, the hype was declining, investors no longer grabbed everything, just to invest at least somewhere. Passed a series of scam projects revelations. And then came the sobering in respect of oil stablecoin. What kind of token is it, what blockchain is used, where is it used, where is it listed? All these reasonable questions did not receive satisfactory answers. The Whitepaper has undergone several changes, the site has changed, the Ethereum platform initially announced has changed first to own, and then to “Chinese” NEM. In general, the fuss began, which very much resembled the agony of the scam project. The price of the token has dropped from a starting $ 60 to a market $ 16.7. But investors couldn’t realise that the state project could be a scam.

Still, what is Petro oil stablecoin? On the site https://petro.gob.ve it is pompously announced: – The Petro is the first cryptocurrency ever backed by a State. It is backed with the country`s natural resources reserves. The Petro can be used for saving and trading in a safe way. The Petro is a cryptocurrency backed by diverse national Venezuelan assets. And it is issued by the Venezuelan State for the development of an independent, transparent and open digital economy available, for the direct participation of citizens. Petro is a fundamental investment option, savings mechanism and means of exchange with State services, industry, commerce, trading, common people and the whole world. The emission of Petro tokens was 100 M, they were backed by 5.3 billion barrels of oil worth $ 267 billion. The price of the token was equal to the price of a barrel of oil on the world market. At the time of the presale, it was about $ 60.

In addition to the beautiful words, Maduro legalized the activity of miners under the pretext of “their voluntary assistance to the economy of the country.” Almost 3% of the population became interested in coin mining (about 850 thousand people). A special state department was created, the Superintendencia de los Criptoactivos y Actividades Conexas Venezolana (Superintendency of Venezuelan Crypto-Assets and Related Activities). The integration of the token into the economy had to occur using a simple and reliable administrative mechanism. Petro was found to be used for payment:

It would seem logical and strong base. But for those who understand, doubts do not disappear. From a technical point of view, Petro is a token on a third-party blockchain with centralized emission. From an economic point of view – a forward contract for the purchase of a barrel of Venezuelan oil. But the problem is that the token does not change anything in the economy. And if the oil industry is collapsed – the forward contracts are worthless.

Is the National Assembly to blame?

The National Assembly, with the chairman Juan Guaido since January 5, 2018 – initially spoke out sharply against Petro. A ban was imposed on the issuing of a token, since it was recognized as “a form of speculative contract for national oil.” The release took place anyway, but the parliament recorded that Petro considers an anti-constitutional asset that contributes to corruption and the arbitrariness of officials. Oppositionists accused Maduro of trying to distract people from real problems in the economy with his brainchild. Oddly enough, but US senators have had more faith in Petro . They took Maduro’s efforts seriously and saw in Petro a threat to American sanctions. They stated that now the hostile regime will easily circumvent sanctions with crypto. (This is encouraging – the statesmen of the strongest state are confident in crypto strength and power!) Treasury Head Mnuchin received a request – does the Treasury have all the necessary pressure tools and mechanisms to prevent circumvention of international sanctions using this cryptocurrency? It seems that the tools were found.

By November, Maduro was in a hurry to make Petro the national currency, pegging prices and wages to it. It was announced that Petro could be bought on six cryptobirths: Cave Blockchain, Bancar, Cryptia, Amberes Coin, Afx Trade and Criptolago. All exchanges – Venezuelan, unfortunately. Another desperate attempt was made in early December. The price of Petro was increased 2.5 times, from 3,600 to 9,000 Bolivars. That time all the community was confused. How can price be assigned to stablecoin? What about the price of a barrel? And more: the minimum wage was set at 4,500 bolivars. Earlier, Maduro proclaimed that the minimum wage is 0.5 Petro. At the real market rate this is $ 9.5. The final touch is the decision to pay salaries to civil servants in Petro starting January 15, 2019. As we know, on January 11, Juan Guaido declared himself the new president of Venezuela with the support of leading countries of the world.

Instead of a conclusion: A message to the leaders of nations

Crypto is a double edged weapon. Like any powerful global phenomenon, it has pros and cons. Pros are widely known. And the most important of the cons is the poor awareness of the majority of the population about what a cryptocurrency is and how it functions. Before calling to start digitalization with quick adaptation of a cryptocurrency, it is necessary to talk with people about it very seriously, honestly, openly and easily. Probably, the authorities in Venezuela could not, did not want to, or simply did not have time to do it. And paid the price for it.