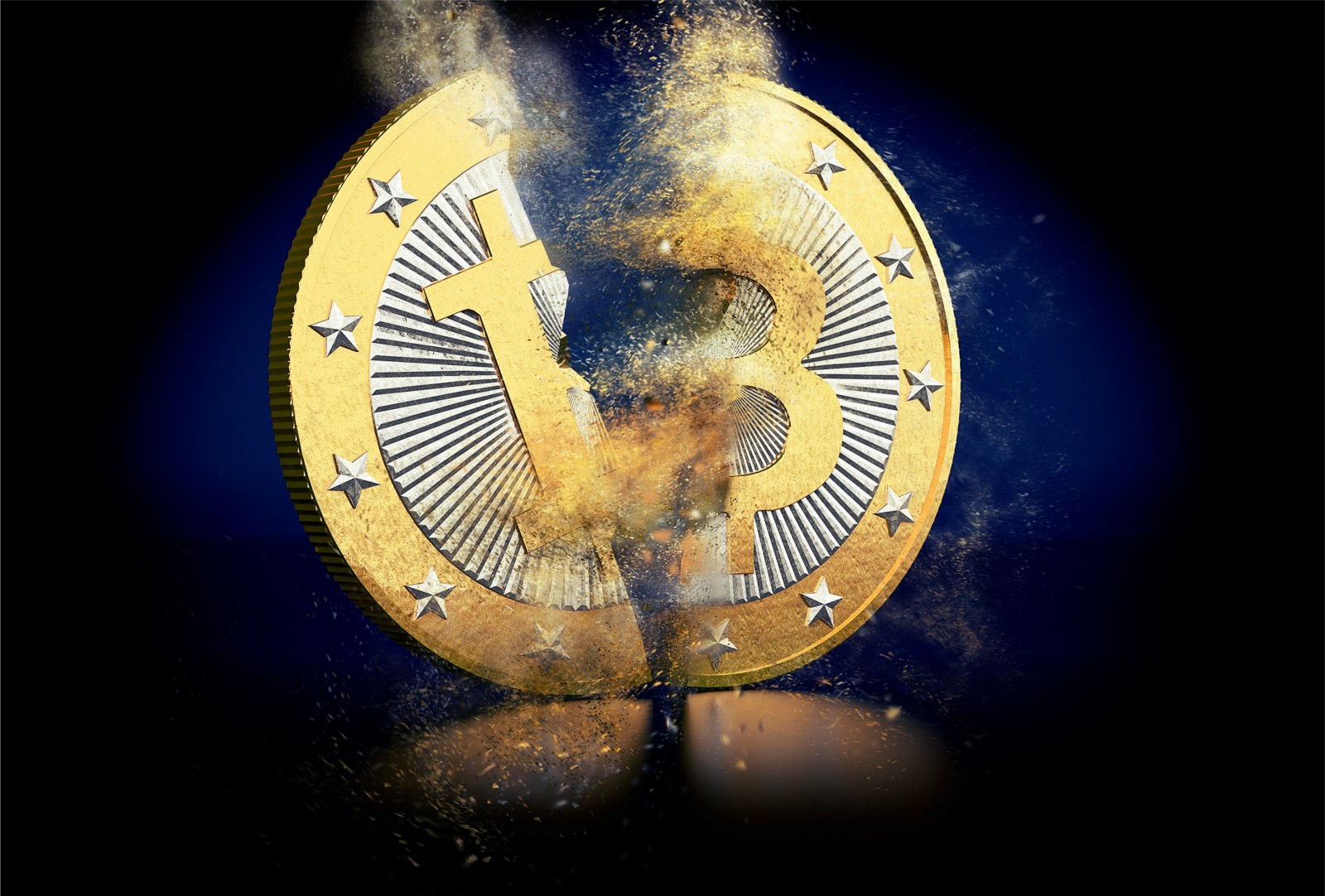 The trend for the fall of Bitcoin Dominance can no longer be denied. Bitcoin still accounts for a bit more than a half of the market. It would seem, what’s the problem? There were times when dominance fell to almost 30%, and alts blossomed. But now is another matter. Now the cryptospace is being cleared for the arrival of new players, because the already well-known alts don’t have the full support of the institutionalists.

Initially, the banking community correctly assessed the dangers posed by crypto. It was immediately clear that crypto eliminates banks. But they have accumulated colossal resources. For a long time, due to the underdevelopment of cryptomarket, the bankers did not take it seriously – they say, it will resolve itself. It is now clear that it will not resolve. And the bankers went on attack.

Recently, several statements have appeared at once that discredit crypto and, above all, the main cryptocurrency, the Corn. The Basel Committee on Banking Supervision (BCBS), located in Basel, Switzerland, made a crushing statement. The Committee operates under the Bank for International Settlements, BIS. This international financial organization is owned by the central banks of 60 countries, including the European Central Bank and the Federal Reserve System. BIS “fosters international monetary and financial cooperation and serves as a bank for central banks”. And in the Basel Committee decided that the cryptocurrency is not suitable for use as money, because it does not perform their most important functions – to be a means of exchange and accumulation of value. Growing cryptoindustry poses a threat to the global economy, according to bankers. And it has big risks. An influential organization warns central banks and commercial banks against working with crypto and lists annoying requirements: to have protection against hacking, scam, subscribe to AML, etc.

In the middle of last year, in a downturn in the market, BIS general manager, the Mexican Agustín Carstens, had already opposed crypto, claiming that it had no future, it is not competitive with fiat. BIS at the same time made a statement against the blockchain, which allegedly threatens to stop the Internet. Experts of the “bank of banks” calculated that the bitcoin blockchain requires as much energy as some small states as Switzerland, Denmark, and Ireland. If Bitcoin blockchain will be used for retail payments, the overload will put down the Internet servers. It is clear to any competent specialist that this is nonsense – but the bankers are aiming not at specialists, but at everymen.

Independent research is also a good way to lower the prestige of cryptocurrency. Another study published by the Foundation for Interwallet Operability, FIO.

It is stated that almost quarter of hodlers from 200 respondents never use crypto to pay.

More than half experience various difficulties in conducting transactions.

After the payment, the hodlers are plagued by various concerns.

It’s good that those who have owned crypto for more than 3 years – all kinds of anxieties gradually disappear, that is, the dynamics is positive.

How is it without TRON?

The indefatigable CEO of TRON Justin Sun also made his contribution to the beating of Bitcoin. According to him, Bitcoin only opened the way to crypto, but it itself is not suitable for business. This was said not to Twitter’s community, but in an interview with CNBC. Perhaps for the TV audience such a message was useful. But the crypto-community has been living with this knowledge for 10 years already, because Satoshi Nakamoto stated at the very beginning that Bitcoin cryptocurrency was launched by him just to demonstrate the enormous possibilities of the blockchain, and not to carry out financial transactions. Justin Sun continues to promote TRON as a platform for applications where TRX tokens will certainly be used. According to his estimate, the number of TRX users will soon reach one billion!

Why this counter advocacy? Indeed, in a cryptoworld, nothing happens by chance. Already, it is clear that the cryptoworld is in the process of restructuring. Fiat financiers cannot ignore the existence of a cryptomarket, but they are not yet ready to seriously invest in it. Indeed, much that is said about Bitcoin is fair. This is a slow, energy-intensive blockchain, which cannot compete even with existing payment systems. And this is despite numerous forks and quite successful improvements like the Lightning Network. Ethereum is also not good enough, it’s a kind of sandbox for new projects.

But that shouldn’t be long. It seems that the spring fever with critics is connected with the expectation of very serious events that are about to happen. Speech about the expected premieres of Facebook Coin and Gram on the TON platform . The blockchain team of Mark Zuckerberg involved 20 super-programmers. It is already known that it is preparing to launch a stablecoin, which is genetically free from high volatility. And the total audience of token users can reach 2 billion. Some experts claim even more, summarizing 1.1 billion Instagram, 1.5 billion WhatsApp and 2.13 of Facebook itself. While forgetting that this is most likely the same users.

Pavel Durov with his darknet TON for a long time has been setting the stage for Gram. So even despite the rush in the race with Facebook Coin and possible mistakes due to this, the start of Gram promises to be successful.

Aren’t bitcoin detractors clearing the space for them?