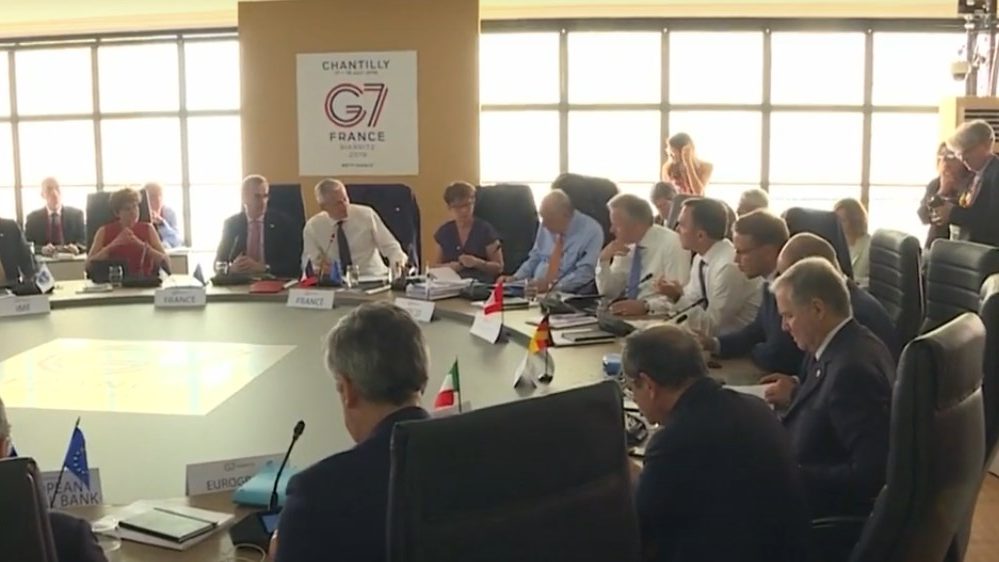 The G7 Finance Ministers and Central Bank Governors (FMCBG) met in Chantilly in northern France on July 17 and 18. In fact, Europe directly perceived the signal from the hearings in the US Senate on Libra and showed great obedience, as always. The ministers and bankers, following the senators, gave the green light not only to Libra, but also to other stablecoins.

The Old World has once again proved that it does not solve anything in global finance – all important decisions are made in the New World. Of course, ministers negotiated taxes from Internet giants, not only from Facebook, but also from Google and Amazon to save face. And they “have agreed for a minimum taxation on private companies. They reiterated their determination to put an end to the aggressive fiscal competition among states, to put an end to fiscal dumping, to put an end to aggressive optimisation by certain companies that find several ways to avoid tax!” (Bruno Le Maire, French Finance Minister).

The ministers and bankers also “showed firmness” in matters of crypto regulation. Crypto currencies “must be regulated as tightly as possible!” – the call was made. But it was immediately relaxed by the chief banker of Germany, Jens Weidmann (Bundesbank President and member of the ECB Governing Council):

– Today was a start towards an internationally agreed regulation of stablecoins. It’s not about thoughtlessly repressing innovative concepts – we are open to technology developments and stablecoins offer opportunities for economic prosperity. So there is no reason to be alarmed but there is reason to be vigilant.

Well, what – vigilance does not hurt! But if it goes on like this, then Europe will not set barriers to the prosperity of the global cryptomarket.