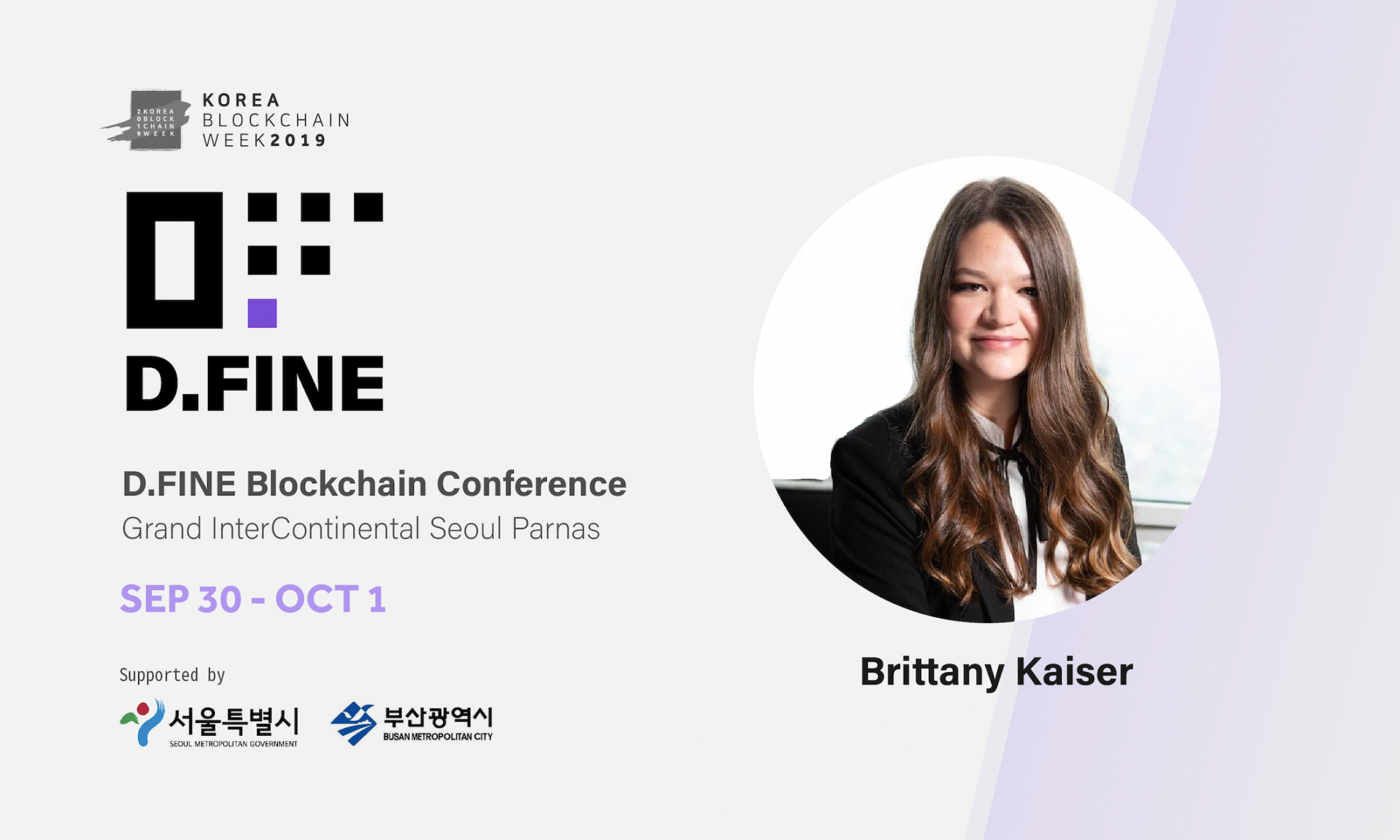 Kaiser, the co-founder of DATA is in the process of filing a data ownership petition (#OwnYourData) for Facebook founder and CEO Mark Zuckerberg.

Brittany Kaiser, co-founder of Digital Asset Trade Association (DATA), who has informed the world about Facebook’s leaking of user personal data, will be visiting Korea to share the importance of data rights. Kaiser will also be explaining the benefits of blockchain technology when it comes to protecting those rights.

Kaiser, who worked for Cambridge Analytica (CA), a British data analysis firm during the 2016 U.S. presidential election, revealed that CA had been transferring tens of millions of Facebook user’s data over to Trump’s election campaign.

Global blockchain project-specialized accelerator FactBlock has revealed on the 16th that Kaiser will be speaking in the upcoming Korea Blockchain Week 2019 (KBW 2019) main conference, D.FINE, taking place from September 30th to October 1st at the Grand Intercontinental Seoul Parnas.

Brittany Kaiser, who currently leads the campaign #OwnYourData will stress in her speech and panel discussions, that anyone should be able to exercise “self-sovereignty” based on blockchain which cannot be falsified. In addition, Kaiser expects to allow individuals to utilize data they produce in real time as digital assets and enjoy added value based on a ‘Decentralized Identifiers System (DID)’.

Kaiser has emphasized that “data ownership is a necessary human right” and has stated that, “We should be free to decide how we use our own data and be paid justly for the value it generates,” through the #OwnYourData campaign.

DATA, co-founded by Kaiser, is also a non-profit lobbying company to protect individuals’ rights to control their digital assets, including personal data. DATA was formed with the obligation to work closely with the government to enact laws focusing on distributed ledger technologies, such as blockchain and cryptocurrency, stated in DATA’s official blog (Medium).

Kaiser has starred in Netflix Original documentary, ‘The Great Hack’ and has been opening up about CA’s corrupted usage of Facebook data privacy in the Trump campaign. Given this, the blockchain and cryptocurrency industries call Kaiser the ‘star in the age of surveillance capitalism.’ As digital surveillance technology and the data economy amalgamate, human behavior goes beyond ‘predictions’ and is regulated by giant platforms, according to a recent publication by Professor Shoshana Zuboff from Harvard University.

For more information on the D.FINE conference and participation, visit the D.FINE official website at koreablockchainweek.com