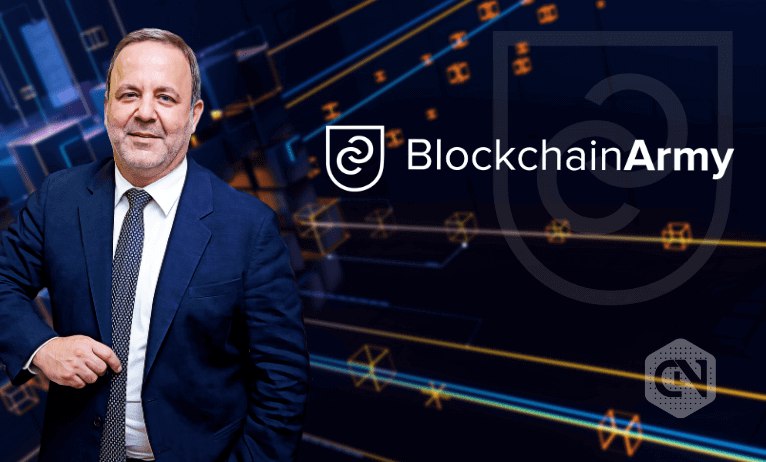 Erol User, the chairman and co-founder of global capital advisory and venture capital firm with blockchain development capability, blockchain consulting company BlockchainArmy, has made an assessment of 10 new trends that would change the technology of blockchain next year. The Founder strongly believes that if blockchain technology is adopted, it will revolutionize processes and operations across industries, as well as government agencies, although the adoption would need efforts and time.

As per Erol User, ten trends, listed below, would dominate the technology of blockchain in 2020:

According to Erol, BaaS (Blockchain as a Service) is one of the promising blockchain trends in 2020. It is a cloud-based service that lets users build their own digital products, such as dApps (decentralized applications), smart contracts, or other services that can work without the need to set up a complete blockchain-enabled infrastructure, through the blockchain technology.

Amazon and Microsoft are a few firms developing blockchain which offer BaaS.

Blockchain networks are categorized into Public, Private, Hybrid, or Federated. Out of the four, Erol considers the Federated blockchain as one of the best in the sector. He thinks of it as an updated form of the basic model of blockchain, making it ideal for numerous use cases.

In such kind of blockchain, multiple authorities, instead of a single entity, can control the pre-selected blockchain nodes that will do the block validation. Erol feels that 2020 would see growth in federated blockchain usage as it allows room for customization for private blockchain networks.

3. Stablecoins will be more visible

Erol pointed out that digital currencies are highly volatile in nature and this was why stablecoins strongly entered the picture. Stablecoins, as the name suggests, are stable in their value, unlike cryptos such as Bitcoin. Though stablecoins are very much in their early phase, it is estimated that these coins would reach their all-time peak in 2020.

Currently, there are approximately 2.77 billion social media users in the world. With blockchain technology implementation, social media can solve numerous issues that include privacy violations, scandals, content relevance, and data control. Moreover, blockchain can also ensure increased security, ownership control over the content, and content relevance to facilitate data to remain untraceable and unchangeable, even after deletion.

Erol User highlights that 77% of financial institutions are anticipated to adopt the technology of blockchain as part of an in-production process or system by 2020, as per the PwC report. He also brought to light the fact that the finance and banking industry won’t have to undergo radical process transformations for blockchain adoption, unlike other conventional businesses.

Blockchain would, in fact, let banks reduce excessive bureaucracy, improve secrecy, and carry out transactions faster at a lower cost.

According to Erol User, the concept of a distributed ledger is very appealing to government bodies administrating huge chunks of data. At present, these agencies have their separate databases and have to reach out to each other if they require certain information. However, blockchain technology’s implementation would result in the effective management of data, improving the way such agencies function.

With centralized architecture and billions of connected devices, IoT is naturally a huge target of cyber attackers. However, blockchain brings a ray of hope when it comes to IoT security, shares Erol. That’s because blockchain is a decentralized, public, and secure platform. Anyone on the network can view the blocks and stored transactions, as well as approve them. A single authority doesn’t enjoy complete control on the blockchain, removing the single point of failure. Moreover, blockchain doesn’t allow modifications of previous records of data.

Erol also shared the findings of the International Data Corporation (IDC), which expects 20% of IoT deployments to facilitate blockchain services by 2020.

As per IDC, 51% of businesses would transition to Artificial Intelligence (AI) by integrating blockchain technology. Adding further, Erol explained how blockchain and AI could benefit each other. He said that blockchain could make AI more understandable and coherent, while AI can accelerate the efficiency of blockchain way better than standard computing or humans.

With increasing popularity and excitement around blockchain technology and its implementation, there would be a huge demand for blockchain experts by 2020, said Erol. It has already created a scenario for people to develop their skills and experience with respect to this wide-spreading technology.

Apart from that, colleges and universities are also trying to catch up and offer blockchain programs. Furthermore, companies are also incorporating training programs for creating and managing networks of blockchain.