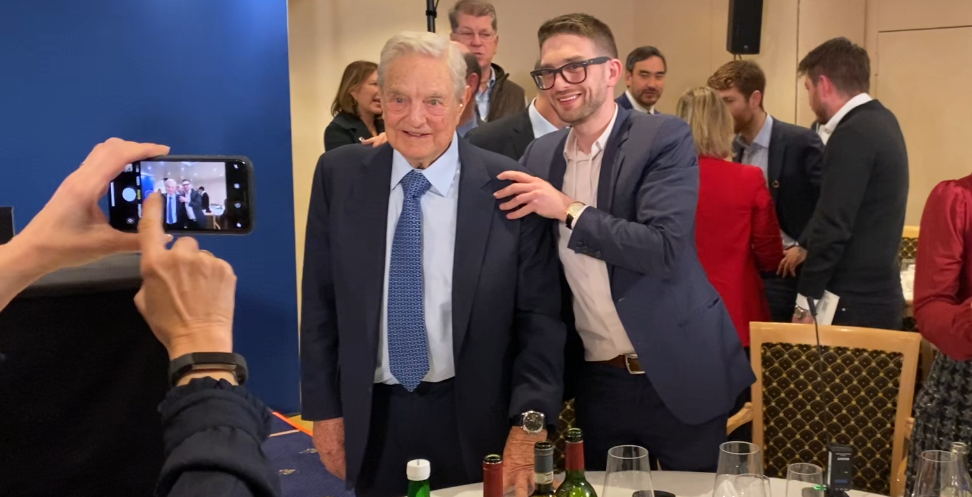 At the World Economic Forum in Davos, Switzerland, representatives of the Coinstelegram Fund Co-Founder Alexander Belov and CEO of Coinstelegram agency Anna Tutova attended a private dinner with George Soros and learned his personal opinion about the most important world challenges.

At a private meeting, George announced that he would allocate $1 billion to fight against global warming and authoritarian political regimes. It is these two problems that he considers the most important challenges of mankind, on which our survival depends. The billionaire announced the launch of the Open Society University Network, whose main task will be educational and research activities. The University will be created with the support of Central European University and Bard College:

«As a long-term strategy, our best hope lies in access to quality education, specifically an education that reinforces the autonomy of the individual by cultivating critical thinking and emphasizing academic freedom»

Soros’ speech touched on several important global issues, including economic tensions in the United States, as well as the monopoly and growing influence of Facebook. The authoritarian rulers of several countries, including the Secretary-General of the ruling party of China, Xi Jinping, and US President Donald Trump, were severely criticized:

«Taking into account the climate emergency and worldwide unrest, it’s not an exaggeration to say that 2020 and the next few years will determine not only the fate of Xi and Trump but also the fate of the world»

In the report, George also drew attention to the largest Internet companies, in particular on Facebook and Google. The businessman believes that social networks should be better regulated, as they may be user-addictive and manipulate their data.

George Soros is an American billionaire, financier, investor and founder of the Soros Foundation, a network of charity organizations. The 89-year-old philanthropist is a great supporter of democracy and humanism, which can be traced through all his activities.