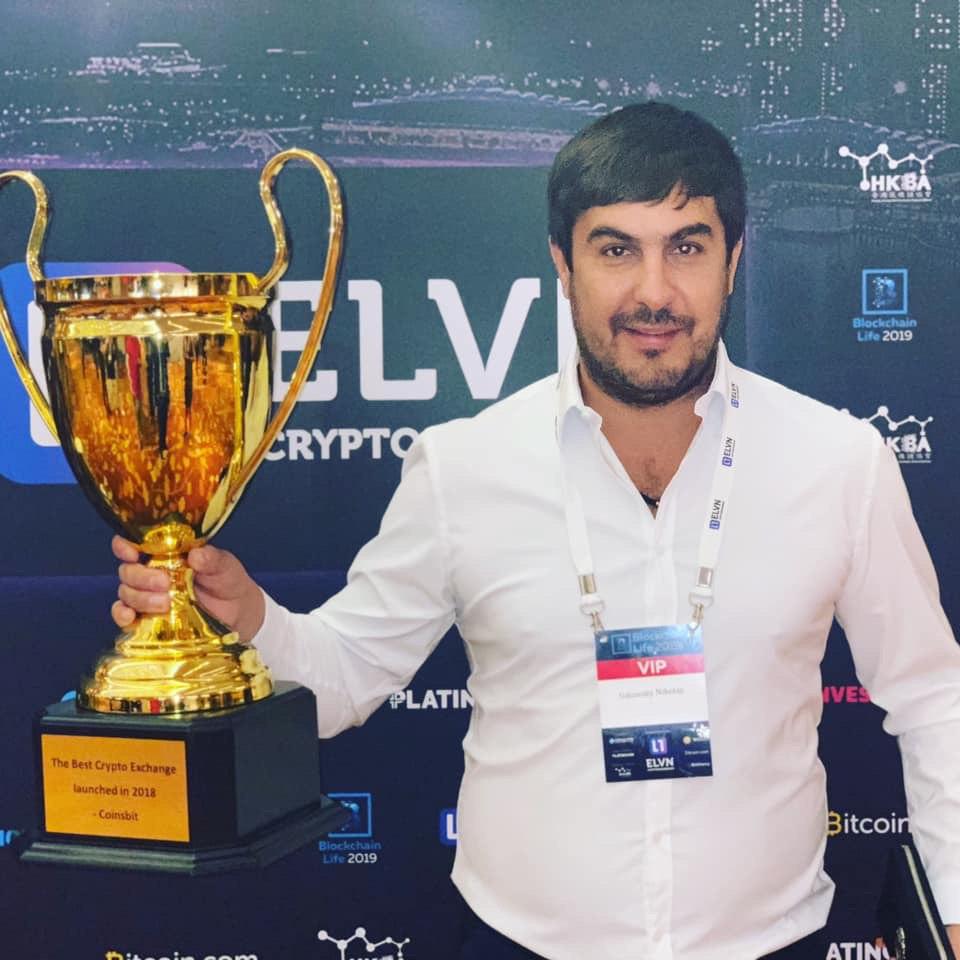 Bitcoin Ultimatum (BTCU) is a new fork of Bitcoin from the Prof-it Blockchain development team, with the support of the leading cryptocurrency exchange Coinsbit, co-founded by Nikolai Udianskyi.

The Prof-it Blockchain team, lead by Nikolai, faces a serious challenge. The developers are working on improving the Bitcoin blockchain and creating new technologies that would solve the main problems of the crypto community.

The concept of BTCU is similar to the concept of the second cryptocurrency by capitalization – Ethereum. Like Ethereum, the Bitcoin Ultimatum blockchain provides smart contracts in the blockchain protocol as one of the important functions for the implementation of transactions and DAPP applications. The BTCU team sets itself the task of developing the direction of smart contracts and implementing atomic swap technology natively to the blockchain protocol to allow carry out transactions not only within the framework of a single blockchain protocol but also interacting with other protocols, which will globally expand the possibilities of this technology. Like Ethereum, the BTCU team opposes classic mining through the use of cryptocurrency mining capacities. Ethereum developers use a more loyal approach – setting themselves the goal of switching to the LPoS mining algorithm combined with PoA.

The regulators, distributors, and validators in the BTCU network will be authoritative advisers, blockchain companies, and crypto exchanges, which will gain control over the master nodes. This decision was made to unload the network, and to avoid classic, extremely energy-intensive mining.

“The crypto community has become more erudite and is developing every day, changing their point of view in favor of preserving the environment and using more humane mining protocols” — says the development team.

That is why the BTCU blockchain will be based on the LPoS mining algorithm combined with PoA, where LPoS will be used for mining by users, and PoA for transaction validation. When the fork is launched, an airdrop will be conducted to all users of the Bitcoin network to wallets identical in the BTCU network in the ratio of 1: 1 to the BTC balance on the branch block. After branching, all users will be able to find in the BTCU network the same amount of BTCU coins as in the BTC network at the time of branching. And most importantly, to use them you only need to enter your own address in the BTCU network.

The blockchain of the new cryptocurrency needs 20 validators. In order to prevent centralization and control over the network, half of the validators will be chosen by the team, and the second half will be determined by the community on the basis of the PoA principle – they will be determined by the 10 largest coin holders, who can also themselves be validators and holders of master nodes. The PoA algorithm will also be modified and will differ from the classical model – transaction validators will be able to change and will be chosen by cor-coin holders, but their number will remain unchanged.

The PoA transaction confirmation protocol will allow developers to realize the blockchain throughput at the level of 200 transactions per second, with the ability to scale up to 10,000 tps.

To make secure transactions, the BTC Ultimatum blockchain will use smart contracts that will save users from having to look for intermediaries or other ways to protect themselves from scammers.

It is worth remembering that the first and most important element of any blockchain network, especially in the matter of transactions, is anonymity. If a person, for some reason, chooses crypto payments as an alternative to the classic, then anonymity interests him no less than the absence of commissions and intermediaries. To keep BTCU users anonymous when making transactions, the development team added the ability to conduct private transfers within the network.

The BTCU team also plans to launch a decentralized multi-currency mobile wallet, which will allow sending BTCU and other bitcoin-like cryptocurrencies by phone number. In addition, a desktop version of this wallet will be released.

The BTCU team does not intend to stop developing a universal solution for the crypto community and plans to further develop and improve its product. Indeed, over time, competitors, fraudsters and the world of blockchain technologies will move forward, and in order to always remain relevant and equally demanded, the project needs to monitor industry updates and become better and more convenient every year.

The head of this project – Nikolai Udianskyi is a well-known blockchain entrepreneur and one of the most prominent representatives of the crypto industry from the CIS. The name of Nikolai Udianskyi opens the rating “TOP-10 blockchain entrepreneurs of the CIS and Ukraine”, from the popular publisher Hackernoon. The largest entrepreneur project – Coinsbit Exchange, in 2019, at the Blockchain Life Asia conference in Singapore, received the title of the best project of the year and entered the TOP 10 largest blockchain companies in Asia.