The conviction is growing among experts, that it is a time for stable coins just now. It is easy to understand the background of these assumptions. Players begin to tire of the excessive volatility of cryptomarket. And the reason is in scams, fraudulent projects. Each case of a collapse in connection with the scams is feverish for the market and encourages the search for stabilization mechanisms. Stable coin in this respect has two advantages at once: the prospect of own growth and the impact on market stabilization.

The successful ICO of Basis project  (formerly Basecoin) with a new force fanned the fire debate about stable coins. Basis gets $ 133 million from institutional investors. Among them are Andreessen Horowitz, Bain Capital Ventures, Lightspeed Ventures, Google Ventures, and others. Observers are looking forward a good future for the project, which isomebody called “Algorithmic Central Bank.” According to Basis founder Nader Al-Naji (Nader Al-Naji), the project was able to meet the expectations of players who want more stability on cryptomarket.

Plus, BTC Dominance shows a steady decline, now already below 37%. That tells about the growing importance of the alts and about the greater stability of the market. 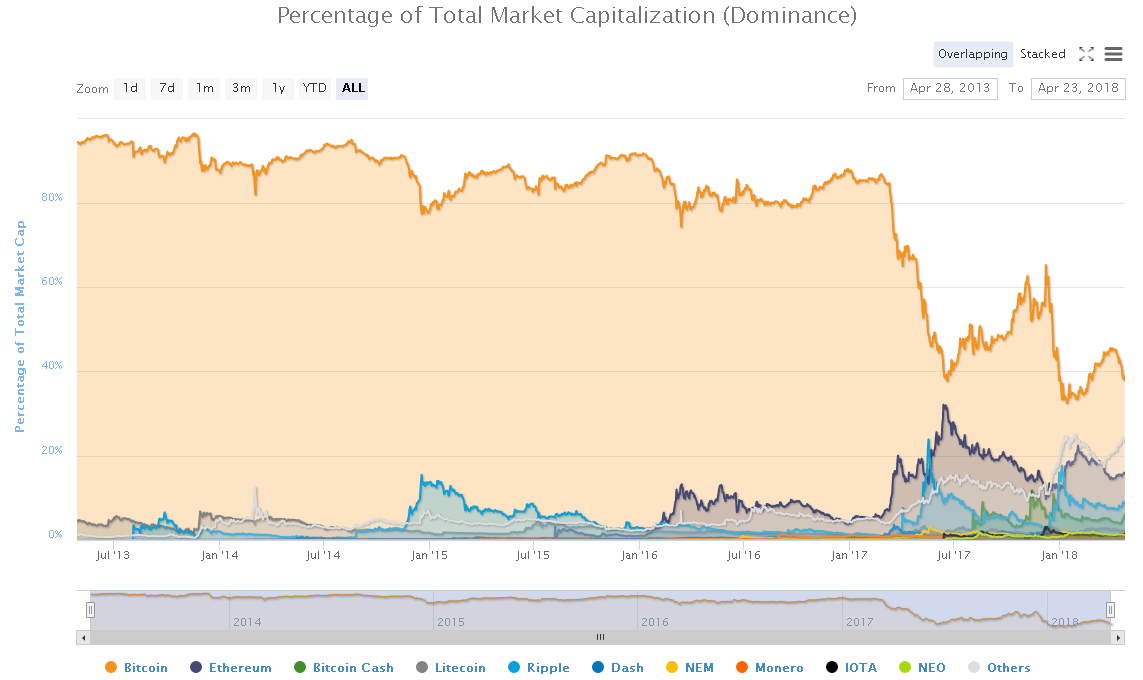 Optimists tend to assume that 2018 will be the year of stable coins. If Basis is supported by the institutionals, then the free crypto community will most likely want to support “its own horse”. As a result, at the market in the top there will be two stable coins. Not counting the veteran USDT. Which is also not inclined to give up positions, despite the problems with the audit of reserves. 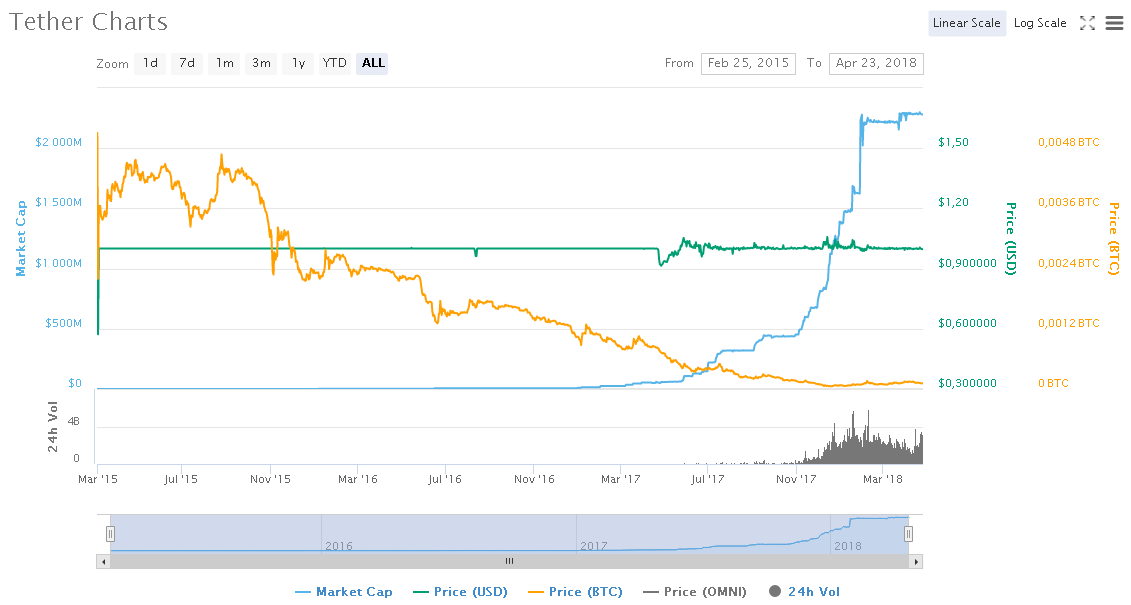 How will this affect the market? Unanimous opinion is that positively!