Neonexchange (NEX), a platform for complex decentralized trade and payment service (DEX) – has announced its crowdsale start on Monday Sept 3: “Round 1 will start Monday, September 3rd on the first block after 18:00 UTC and end Friday, September 7th on the last block before 18:00 UTC”. NEX team claims it will pay dividends to token holders.

The crowdsale is based on lottery: 125 K were registered, only 25K selected in a lottery and submitted KYC through NEX suite to choose Round 1 or 2 participation. Round 1 is with max contribution $1000, Round 2 $9000.

NEX leverages an off-chain matching engine to enable faster and more complex trades across multiple blockchains such as NEO and Ethereum. Nobody doubts ICO will be successful. The hype is huge and very pretentious:

But there are some details that made NEX really very attractive token. As for official twitter, NEX is approved as security by the FMA (Lichtenstein). As for USA – it is stated: “We are looking into many possibilities in the US, including securities and broker-dealer licenses.”

Important: security approval allows it to pay dividends to token holders from exchange fees. Also NEX will be incorporating payment within the NEO network of projects, and have banking partners that allow to buy crypto with fiat through NEX. The fiat to crypto purchase fees also gets paid out as dividends to token holders. It’s true that NEX is the first token exchange security, it supports NEO, LTC, BTC, ETH and have fiat gateway.

Perlin (PERL) will be Acquired by Google Cloud?

Perlin claims it is “the first practical, trustless and decentralized cloud computing marketplace that leverages underutilized compute power in everyday smart-devices to make supercomputing economically viable and accessible globally”. But some doubts about the future of the project appeared after the latest meetup in Singapore on the 27th of August in collaboration with Google and the Ethereum Foundation. A key speaker at this First Event was Google Cloud Developer Advocate Allen Day who announced that “a new suite of tools created by Google for users to gain greater insights and clarity into the Ethereum blockchain” will be available for free by Google and published within the coming weeks.

At first glance – wonderful! Every team dreams about such great partner as Google is. But with open eyes one can see that it is only sweet dream. Google used to implement startups into Google “free” services.

So will we ever have a supercomputer in the palm of our hand as Perlin promised? And bleeding-fast ledger with 1300 tps? Or the team is already merged with the Giant? The interest in Perlin ICO is still high. But there are still no details for several months – no cap, no Whitepaper (only tech draft). And only a long list of investors (88 at now) is in favor of the project. 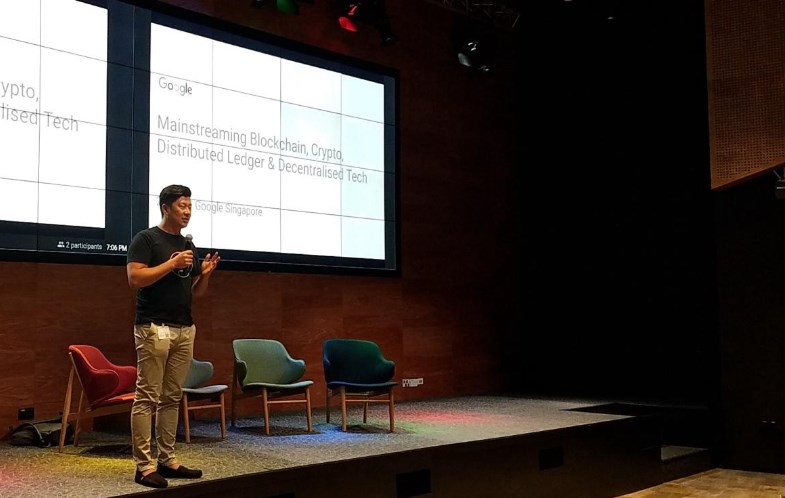