Elysian is an innovative new decentralized platform that will use the Ethereum blockchain to secure customer data, facilitate Ecommerce transactions, and drastically change user experience – as it is stated. The integration of smart contracts and blockchain technology will provide a higher level of security in the realm of Ecommerce. The interoperability of the platform will serve as the basis for future scalability and growth.

Problem & Solution
Though Ecommerce industry is growing up to 10% a year, some processes are still restraining its development. First of all – lack of security as for personal data. “Ecommerce industry is the lack of trustworthy cyber security, primarily in the form of identity theft,” – said the authors. Blockchain is a key solution in that case. The high level of cyber security is positively correlated to the level of consumer trust. But still many businesses in the Ecommerce industry are unaware of blockchain technology or are content with the current status quo in terms of cybersecurity. The ability to store customer data on the blockchain provides a new level of security.
Another one way to increase security is the use of smart contracts. It also provides another element of trust for consumers. The contract that is coded by the developer will store all aspects of the transaction to ensure that the process goes smoothly.
The Elysian blockchain will use Proof-of-Authority consensus. Proof-of-Authority is a newer concept in the blockchain space which is similar to Proof-of-Stake, but instead has a number of pre-approved authority nodes called ‘sealers’, which you can think of as mining nodes. Any new node that wishes to be added must be voted on by the currently approved set of authority nodes, giving Elysian full control over which nodes can seal blocks on the network. Proof-of-Authority consensus will provide the Elysian ecosystem with a private blockchain to store encrypted credit card information and other user data securely over a distributed network. All user data will be encrypted to the private key of its individual user. This level of security will be available for all stores launched on the Elysian platform
The second problem of Ecommerce is lack of useful consumer experience as for the process of buying. The implementation of Artificial Intelligence and Virtual Reality into the Ecommerce industry will provide efficient website navigation, product visualization, and consumer convenience. The extrapolated Ecommerce revenue projections indicate a lucrative future if companies can adapt to necessary market transformations. The integration of the Elysian token into the platform as a method of access to transactions provides entry into Elysian ecosystem. Consumers will be incentivized to become incorporated into the Elysian community and play a main role in the growth of the company. Elysian will implement AI to provide the ultimate user experience – convenience, simple website navigation, remembrance of items previously viewed, a renewed feeling of interpersonal interaction, and product customization. The AI will specifically direct the consumer to its last page visited or item viewed through verbal communication and vivid graphics to provide a simple yet thoroughly impressive level of user engagement. As a result, more items will be sold and Ecommerce businesses that operate on the Elysian platform – will generate more revenue. The Elysian AI will handle general tasks and information slightly more efficiently by providing more accurate, in-depth responses to user questions. Elysian focuses on specific answers and directions in a simple, fair way without the need to acquire user data.
As for VR – it will provide vivid graphics and detailed descriptions of items on the Elysian platform. It will allow to connect both elements into one experience, to the point when it will be hard to differentiate reality and virtual reality.
The authors stated: “By implementing these innovations into the Elysian ecosystem, we are able to transcend the boundaries of human perception. The ability to contribute to simple, comfortable consumer satisfaction, combined with a drastic improvement of efficiency and enhanced graphics, will provide the revolutionary user experience that is vital to the advancement of the Ecommerce industry”.
And for sure – they make the platform scalable to adapt to necessary future implementations. 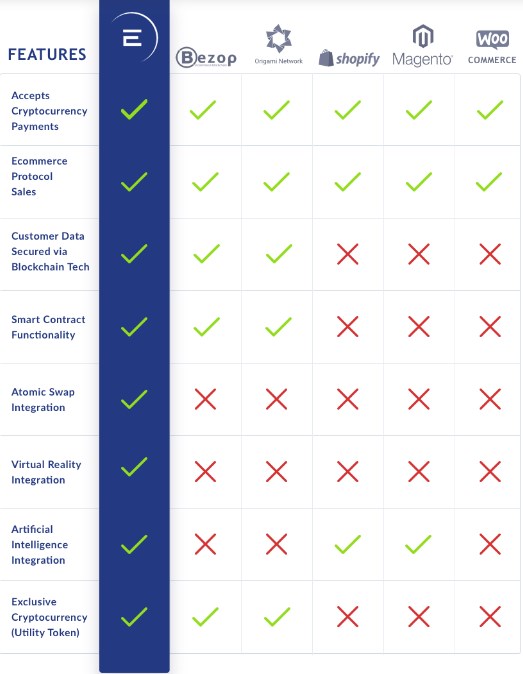 Tokenomics
Elysian will host its Token Generation Event as an ERC-20 token on the public Ethereum blockchain. Upon completion of the TGE, all tokens will be converted on a 1:1 basis to a private Ethereum side-chain with Proof-of-Authority consensus, reached by independent validators. A private chain will have many advantages over a public one, such as cheaper transactions, lower latencies and more control.
Elysian will be minting 1 billion total tokens, with a starting circulating supply of 250 million at the completion of the TGE; a number that is subject to future change based on the amount of Growth Pool tokens released per annum. The hardcap for the TGE is $19 million.
Period of token sale: 4 June – 8 July
Ticker: ELY
Token type: ERC20
ICO Token Price: 1 ELY = 0.12 USD
Fundraising Goal: 19,000,000 USD
Sold on pre-sale: 1,600,000 USD
Total Tokens: 1,000,000,000
Available for Token Sale: 23%
Whitelist and KYC: YES
Сan’t participate: CANADA, CHINA, IRAN, NORTH KOREA, USA
Bonus for the First: UP TO 50%
Token Issue: ONE WEEK AFTER THE TGE.
Accepts: ETH 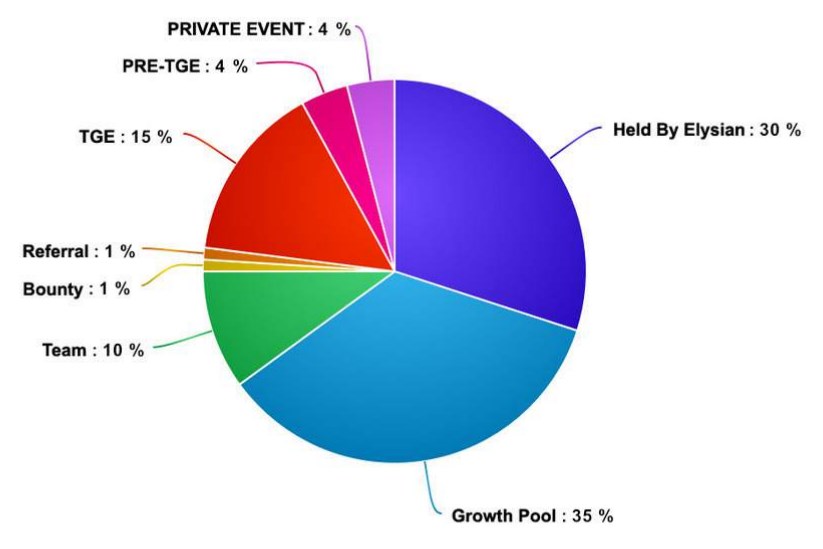 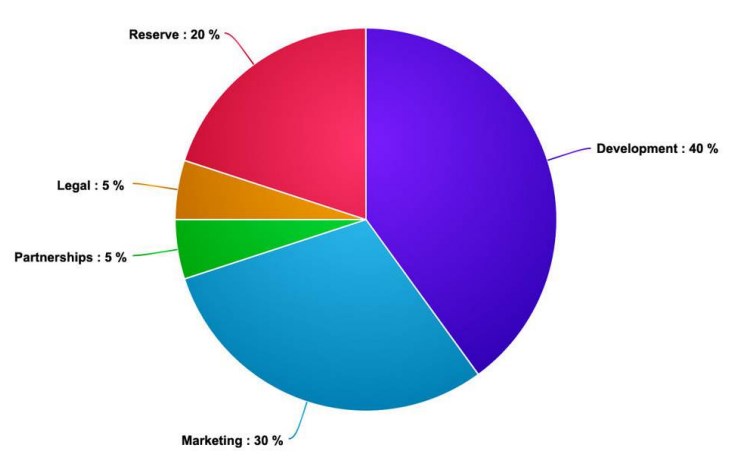 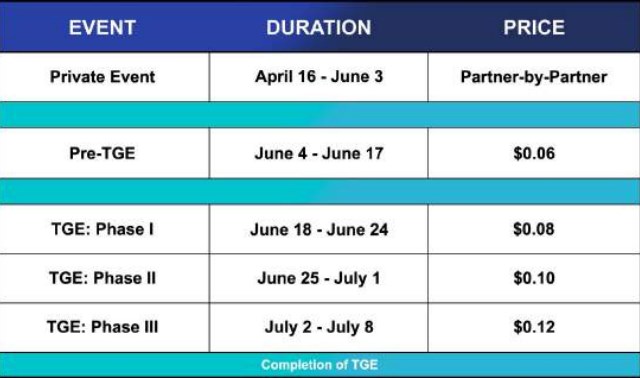 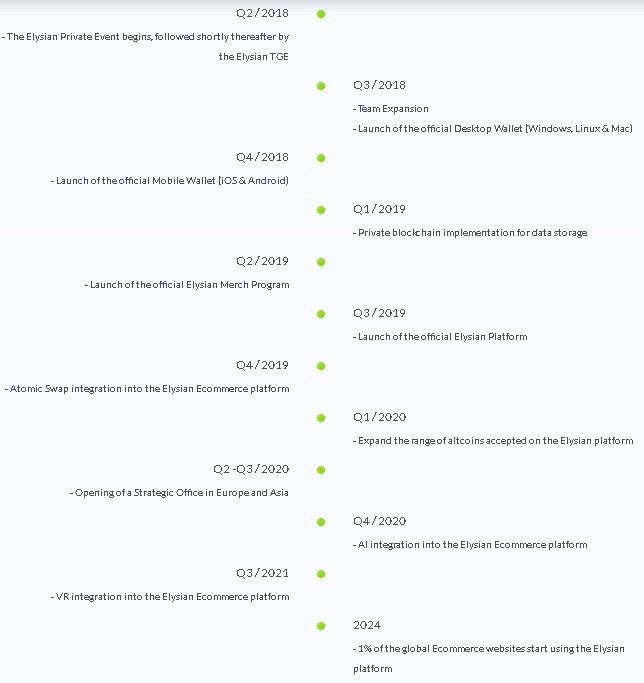 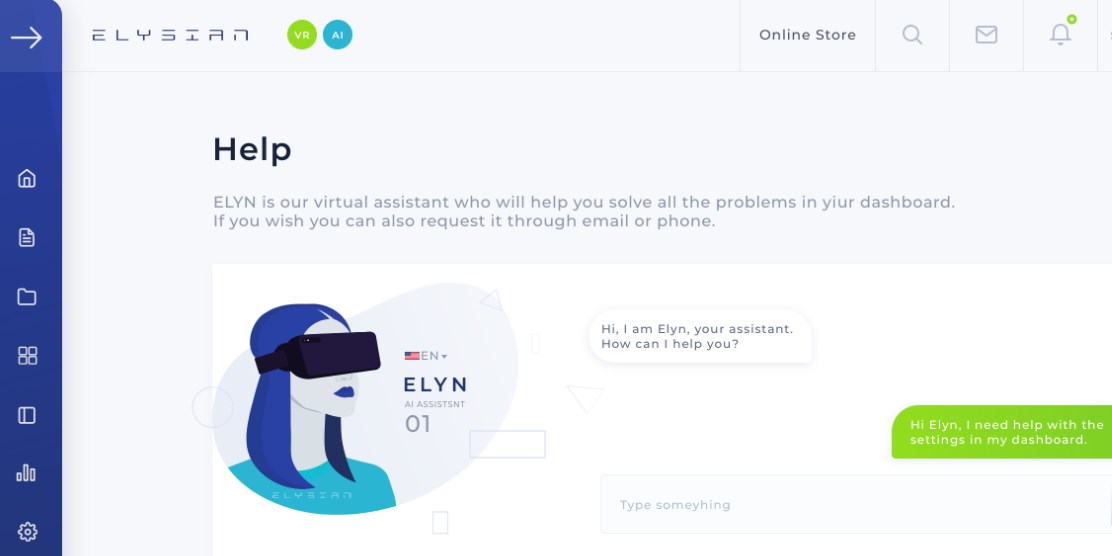 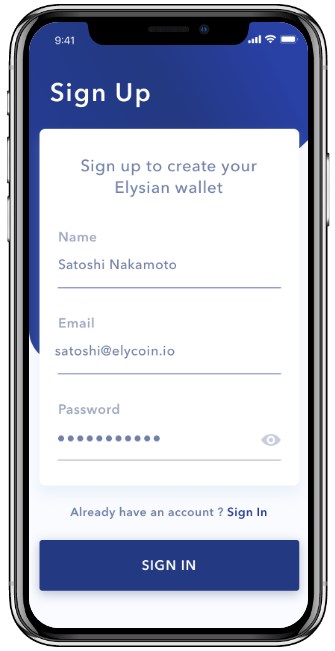 Team
Leo Ameri, CEO & Founder – a tech entrepreneur with successful exits of multiple Ecommerce stores. He has been involved in the Blockchain space since 2014. Through his former company, Leo traveled the globe assisting individuals in scaling their Ecommerce stores, developing extensive knowledge about competing platforms such as Shopify.
Jesse Brandenburg, CFO – is a graduate of Rutgers University with a B.A. in Economics. He is an early investor and cryptocurrency advocate with experience in managing an IT business and advising entrepreneurs.
Ioan Hategan, CMO – has expertise in marketing, Ecommerce, entertainment industry, business development and shared economy, along with extensive hands-on experience managing several websites, people and start up projects.
Levon Tikoyan, CTO / Lead Developer – has several years of development experience, and is passionate about technology and coding. He has been involved in blockchain since 2016.
As for marketing – it is important that there are such positions as Marketing consultant, Designer, Community manager, Head of strategic partnership, and Corporate Secretary.

Advisors
Stuart Farmer, Technical Advisor – is the CEO of Lamden and Logic Labs Ltd. He has a B.A. in Human Computer Interaction from Ohio State University and is passionate about blockchain and how its rapid growth can benefit society.
Geoffrey McCabe, Business Advisor – is a serial entrepreneur and CEO of Divi Project. He is the leader of several startups, including being the founder/owner of the innovative VR site virtualrealitytimes.com and cryptocurrency news site cryptomorrow.com. He has a M.S. in Physics/Materials Engineering from the University of Central Florida.
Graham Doggart, FinTech Advisor- is the lead strategist at Dynamic Abundance, and has worked with numerous blockchain projects internationally. For more than 20 years he has provided tech management consultation, structuring for token offerings, compliance advice, and growth strategies covering legal, compliance, and investor relations, as well as design, authorship of materials and TGE marketing.
Anders Larsson, Communications Advisor – has worked for two decades in 10 countries with Ericsson, creating ecosystems of 2G, 3G, 4G, 5G, and IoT that led to 7.8 billion mobile subscriptions today. He is a top blockchain advisor who is committed to taking cryptocurrency to the same level as telecom, and is the co-founder of allcoinWiki.
There are key persons such as Advisors for Strategic, Content, TGE and Security too.

Conclusion
Great idea and huge coverage of Ecommerce needs, with AI and VR solutions implemented. Elysian is truly ambitious project. And there are many reasons to believe that these ambitions are not from scratch.
Roadmap is well-developed, from 2017 to 2024 when 1% of global Ecommerce will start using Elysian platform.
TWO MVPs are realized. They are: Mobile Wallet and Dashboard with even AI-based ELYN, AI assistant.
Cool team with detailed segregation of duties. And the same – as for Advisors team.
And last but not least: Greeaat marketing! To say truth, marketing is the most significant side of the project. It is visible from any point of view: with key marketing persons in Core Team and Advisors Team; with almost all possible types of adv campaigns including airdrops, bounty, bug bounty, referral, YouTube Marathon – and so on.
What’s that all about? Elysian project, from one side – seems to be real and solemn. And from the other – with great marketing and hype. We can expect the price of the token to increase.

Bitcoin Ultimatum team announced the launch of the BTCU Mainnet

The Future Of Bitcoin and About Mining Industry

Decentralization has reached Tik-Tok: Review of the first blockchain project for bloggers