Not the first time EOS acts as a “troublemaker” in the market. This coin likes to show surprises. The first pump EOS showed at the turn of October and November 2017, when in 5 days it grew 2.5 times, from 52 cents to $ 1.38. 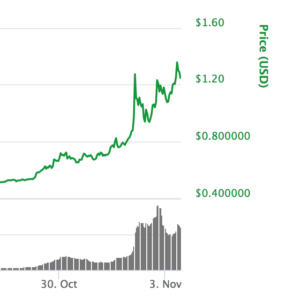 Experienced players then did not take the pump seriously and acted with verbal interventions. They said: we would not be hodlers, EOS still had no working product, it was just speculation, we’d wait until it drops to 50-70 cents. It is not known whether this was a verbal intervention aimed at knocking down the pump and buying up coins under the noise. Or really – a game of ambition. In this case, somebody later strongly regretted. Because from mid-December to mid-January there was a new pump, and what a pump! EOS soared 10 times, to $ 15.6. 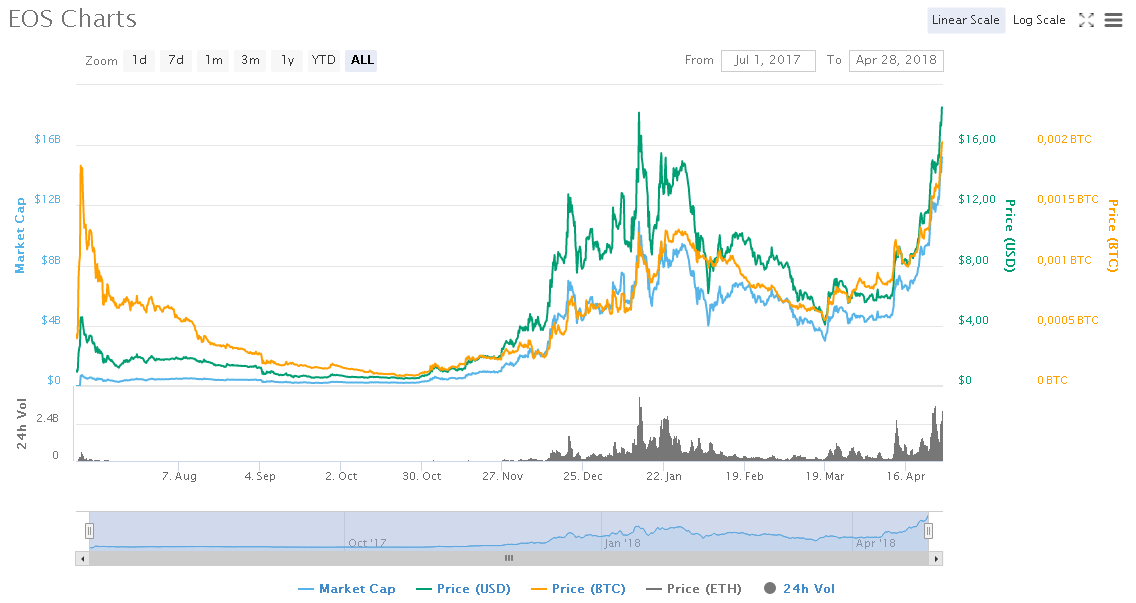 The working product is still not there. ICO is approaching its undoubtedly successful completion. Of the important data, only this is known – the duration of the ICO – 341 days, from June 26, 2017 to June 1, 2018, and the fact that the team left for themselves 10% of the tokens, and gave 90% to investors. All the rest is either N / A or TBA. And, of course, a fascinating description of the project: a construct in the form of an operating system for creating decentralized applications and scaling blockchain both vertically and horizontally. With the nickname “Killer of Ether”. Neither much nor little.

Can all this explain the pump? Given the fact that until June 1 there is a month – probably, yes, maybe. But there is another explanation.

Block producers are those who will develop EOS blockchain in the interests of the community and stakeholders. In any case, this is expected of them. There are only 21. Stakeholders choose them, by voting with tokens. Each token gives 30 votes, while voices cannot be given twice to one node (but the producers are 21, not 30). Total tokens – one billion. Hence, there are 30 billion votes. And the maximum number of votes that one producer can collect is also a billion. Such funny arithmetic. Looks like the election of the American president, but the level of the numbers is different.

So, ahead – a dump? But if not a dump? After all, EOS likes to do surprises. And by the way, why the unlucky candidates should drop the coins ? Block producer is not a lifelong position. Flashed information was that those block producers who will not promote the EOS blockchain – will be replaced. Maybe this mechanism gives guarantees from the EOS dump in connection with the dropping of the coin?