After the recent fall, the second cryptocurrency made an attempt to grow, however, it did not overcome the important level above $ 2,000. Understanding what is happening with Ethereum and how price movements can tell about the future!

The Ethereum move broke the 50% Fibonacci level during a corrective sharp move from $2285 to $1700. After a long decline in sync with Bitcoin, the ETH price bounced off strong support at $1700 and attempted a strong rally, rising above the $1800 and $1900 levels. However, the important resistance levels of $2050 and $2060 ETH did not overcome. 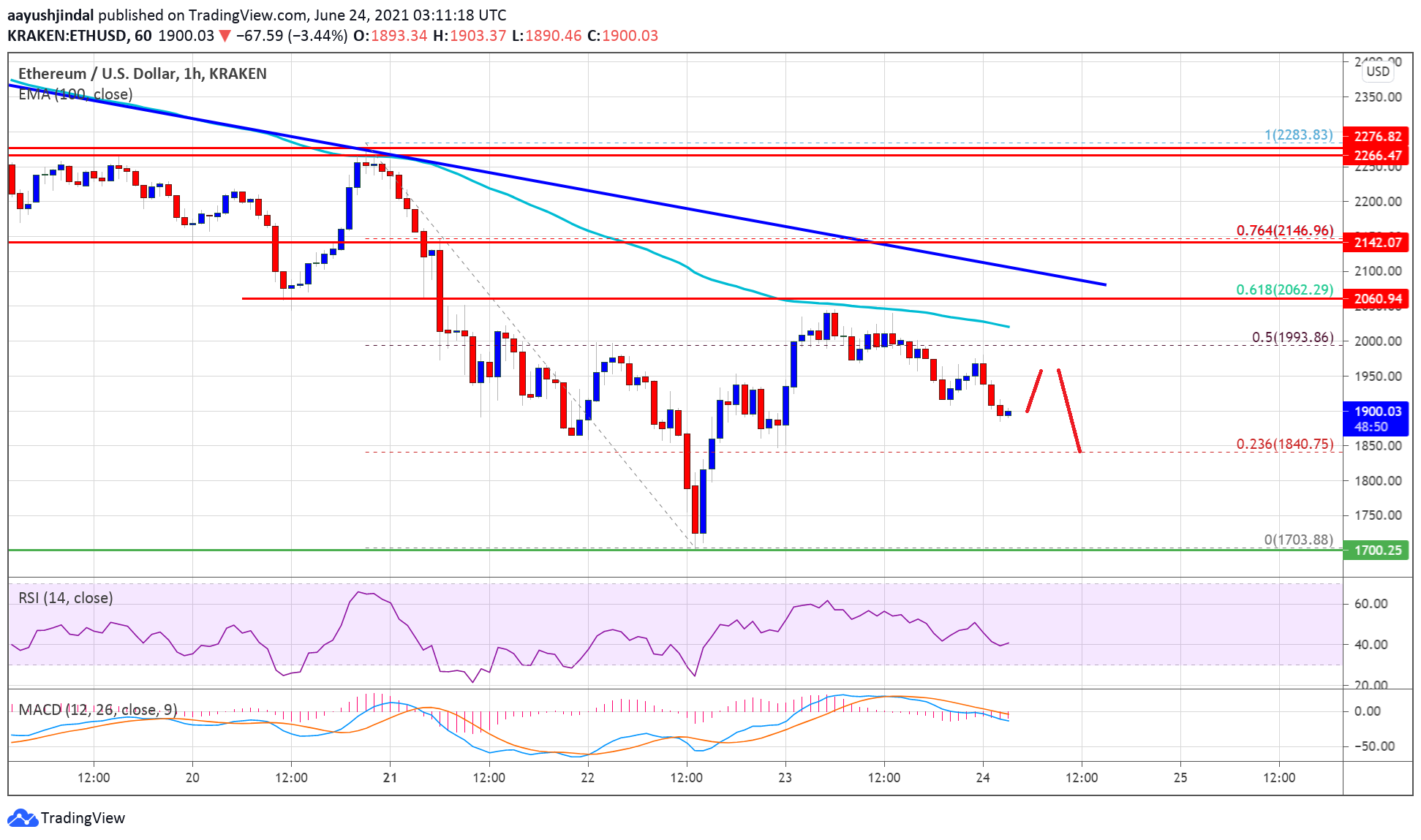 As of June 24, the price of the coin is trading below the 100-week moving average, at 61.8% Fibonacci. The hourly chart shows a bearish trend where $2060 looks like strong resistance.

The first line of resistance on the way to $2060 and above is located at the level of $1950, if Ethereum holds above this level, it may attempt further growth. More serious resistance awaits the coin at the 100-week SMA, this is the $2000 level. The strong trend line, where the bearish pressure will be maximum, is at the $2050 level indicated above. If the coin breaks this level, we can talk about a trend reversal.

If in the near future the ETH chart does not overcome the above mark, we can expect a continuation of the decline to the level of $1850, then $1820 and $1700 dollars.

It is important to understand that fundamental factors can also positively influence the price of Ethereum. For example, Bloomberg today announced that the Ethereum platform will be used by Israel to create the digital shekel. In addition, London HardFork was uploaded to the Ropsten test network, which is designed to fix the fees for miners for new blocks, thereby reducing fees on the main network.