Did you think that blockchain is about freedom, anonymity and – what is especially pleasant – about impunity? The Traceto project will convince you otherwise.

Traceto positions itself as a project combining competencies in the field of Fintech, RegTech and blockchain. Thanks to this, it is possible (or it will be possible) to create a framework for solving the problem of KYC (Know Your Customer) – that is, authentic identification. Scope of application is very wide. So the prospects are the most iridescent.

Judging by the language support of the project, it is targeted, in addition to the international market – also specifically to the markets of China, Korea and Russia (and Russian-speaking countries-satellites). Why these markets? It is also understandable – this is addressing to the theme of “Big Brother”, which in the locations listed, according to the authors – is most in demand. Although, for example, in London the number of monitoring cameras per person is an order of magnitude higher than in Moscow.

If everything is more or less clear with the Fintech and the blockchain, then RegTech is a sphere, which is still little talked about. And in vain. Market experts say that RegTech is a rapidly growing direction, which is predicted to be explosively developed in the coming years. RegTech companies collect on one platform all the laws, by-laws, court decisions and so on. And such documents every year there is an increasing number. According to IBM estimates, regulators produce at least 20,000 new requirements per year, and a full set of rules and regulations will exceed 300 million pages by 2020. In fact, RegTech provides a big help to the business sinking in the sea of ​​directions . Therefore, venture funds have invested $ 2.3 billion in this sector since 2012, and the number of investment in RegTech for the year 2017 has grown by 15%. Most RegTech-services are used in India and China – 52% and 69% of Internet users, respectively. Apparently, in the crypto industry, RegTech can become a particularly popular area, due to the activation of AML issues (against money laundering). Therefore, the chances of the Traceto project to succeed are very great. The approach adopted in the project is certainly promising.

The authors of the project believe that the processes of KYC in the cryptosphere are now at an insufficient level of attention and implementation. There is an erroneous belief that due to anonymity, there is no such need. And cut budgets for such activities. That subsequently, during the AML-campaigns – leads to great troubles and losses.

Traceto is ready to solve the problem, due to its integrated solution KYC. The framework allows you to get clear answers to 4 fundamental questions:

The authors of the project argue that by solving this problem they created the first standard of KYC for the virtual world, which adequately corresponds to the standard for the real world. Here, the approaches already mentioned are used, plus the consolidation of smart contracts and artificial intelligence.

How it works? A user who wants to join the ICO or enter the stock exchange is redirected to Traceto dApp. Next, it provides documents that are encrypted and stored inside the application. To view them, you need the consent of the user or the  -Community Court. This profile is then shared with the AI ​​algorithm and the KYC-provider. The same algorithms are also used for monitoring transactions.

What do the owners of tokens receive?

According to the authors, a lot. As the growing demand for KYC services is predicted due to the toughening of the fight against money laundering (AML) and countering the financing of terrorism (CTF). Owners of tokens will also very simply go through the procedure of the KYC in the ICO and while entering to the stock exchanges.

Team Tokens are frozen for 2 years, the reserve tokens – for 1 year.

3rd quarter 2018 – Lite MainNet launches with a System Storage, and a Web application is made.

In the same way, all stages of the project implementation are described in detail (see Fig.) 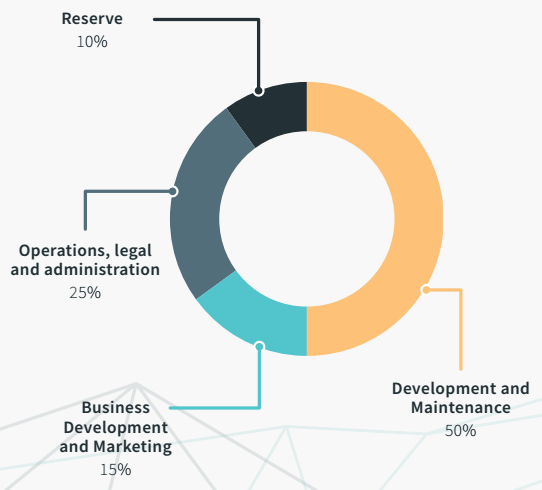 The team is headed by a very experienced and authoritative Chionh Chye Kit, he is the CEO and founder. As well as co-founder and managing director of Singapore’s Regtech-company Cynopsis, an advisor for Kyber Network and RegPac Revolution. Has 20 years of experience in regulatory matters and auditing.

Dias Lonappan is the project’s CTO and co-founder. 5 years experience CTO, 3 years – KYC, an expert in blockchain and Fintech.

Ooi Beng Chin is a professor at the National University of Singapore.

An impressively prepared project. A truly winning niche is found. Suffice it to recall what huge amount of complaints and misunderstandings on the exchanges is groving up – due to the toughening of AML requirements and the need to identify customers. The growth of the RegTech market is also forecasted.

Judging by the road map, the project will be implemented in due time. Credible and representative – team leaders and advisors.

An impressive list of partners, most of which are associated with the parent company Cynopsis.