Since the end of 2017 – beginning of 2018 such events happened on the crypto market, that some from crypto community inclined to see almost Divine intervention. Without any seemingly reasons, Corn took off, taking alts with it. As the market grew, volatility increased and crazy incomes appeared, rumors of which shook the community. However, the rapid growth of the market for the year faded away. Now we have about the same situation as a year ago. What was it? Who is beyond? And whatever next? On the eve of the anniversary of the glorious Corn takeoff we’re trying to figure it out.

One of the plausible explanations for the rise of the crypto is the entry of institutionalists into the market a year ago. Leading financial institutions, which used to say in chorus that the crypto was harmful, that this was supposedly a fraud at the tulip level in Holland in the 17th century – suddenly had changed the rhetoric. And they made steps towards cryptospace – some already since the summer of 2017, others later. Goldman Sachs Group Inc even went in for bitcoin futures. Twins Tyler and Cameron Winklevoss (Winklevoss Capital) invested $ 11 M in Bitcoin and announced it with sports passion. Drapper Associates invested in bitcoin about the same amount. But the main thing – Wall Street rushed into crypto, and with some youthful agility. And by mid-November, the critical mass was gained and led to Corn take-off. Even those who did not invest – hurried to catch up with competitors later. JP Morgan Chase & Co has been engaged in anti-script verbal interventions for a long time: “It’s all good and fun, but it all ends badly!” But then the bank quietly hired Oliver Harris, a major London expert, “to study the potential of digital currencies.” And launched its own crypto strategy. And soon JPM was already at the forefront of the cryptospace. Perhaps, following the principle: “If a riot cannot be stopped, it should be headed.” In August 2018, CIO of the Bank Lori Beer has already announced that in the coming years, the “blockchain will replace the entire existing financial system”.

Some institutionalists got stuck in the crypto in earnest, by initiating the developing of their own platforms. So, for example, made Target Global, investing in Blackmoon Crypto (BMC), which had 3x on take-off. And in September, mentioned JPM announced that 75 banks, including Santander and Societe Generale, are joining its blockchain platform.

Conspiracy theory is the first thing that comes to mind when a phenomenon seems inexplicable. The interest of the special services in crypto is understandable, and it is not at all connected with AML, as they try to present it. The crypto provides excellent opportunities for financing secret operations, which often cause problems in the existing fiat system. But after all, they are the security services, so we do not know anything about their actions. Unless new Snowden will make a new disclosure. So far, it cannot be denied that the secret services had pushed the crypto market to a more dynamic development, tired of waiting for it to grow to their needs. And we must not forget that humankind also received the Internet and mobile communications from the hands of the special services. One of the most recent clues about the involvement of special services in crypto was the statement by bitcoin.com CEO Roger Ver on the official YouTube channel : “Elon Musk backs bitcoin.” Interconnections of Elon Musk and special services have been talked about for a long time : The Intensive hype about Elon Mask is a sure sign of a conspiracy. Elon Musk is a Golden Boy, who manages to monetize high-cost high-end projects with inexplicable ease. Why not bitcoin? 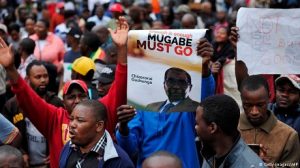 This option of the crypto’s take-off explanation is, if not the most convincing, then, at least – of great potential. Moreover, a series of events in emerging markets constantly reinforces this version. If you follow the well-known rule of investigation – Who benefits? – it is precisely in the emerging markets that the crypto is most in demand. In the United States and Europe, after massive “quantitative easing” campaigns, there is enough liquidity to back the economy growth. It is in developing countries that liquidity is not enough. If such countries switch on a printing press, their currencies simply collapse, since they are not supported by the global financial system – like a dollar, euro or pound. A crypto in this situation turns out to be lifeline for the exit out of stagnation. Especially if it were not internal factors that brought them into this state, but external pressure, such as sanctions.

The World War of Sanctions is only gaining momentum – therefore, it is emerging markets that are the driver of the development of the crypto. And curious situations in emerging markets deserve special consideration. We conducted a thorough study of the issue in the regions of Central Asia, Latin America and Africa, including Iran, Venezuela and Zimbabwe. Results – in the nearest future on Coinstelegram.