The International Credit Open Exchange is a reward points exchange organization that aims to address the shortcomings of traditional reward systems by issuing IO tokens as a solution.

Using the advantages of the blockchain distributed technology, the ICOE is going to create a project with millions of users who, when participating in the program of large companies, could earn bonus points, and then exchange them with other ICOE participants or spend in any ICOE partner stores.

The ICOE has 2,000 merchants who will provide the conversion of bonus points. ICOE works with the largest casino chain and duty-free shop in Argentina, as well as major airports and shops in other countries, including Brazil, Chile, Paraguay, and Uruguay. Recently, Siam Paragon, the largest department store in Thailand, and Triumen, the largest third-party centralized payment platform in China, have joined the ICOE. 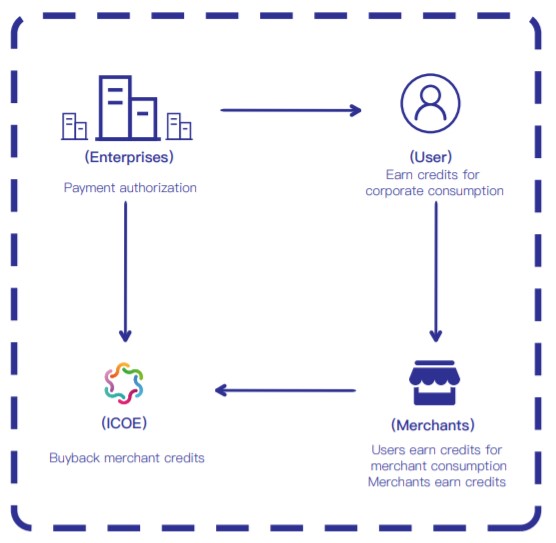 The ICOE system is a unified international financial platform that will help numerous offline stores to get more customers, and companies to improve the quality of service.

“Users cannot use the bonus points as a legal payment method”

The requirements for using bonuses in large corporations are often very tough, and just push customers to new, unnecessary spending. For a better understanding of the current situation, ICOE team gives an example:

“Lilian gets 300 miles by buying a flight ticket of Argentina Airline to Saint Paul. According to the policy of Argentina Airline, Lilian can either accumulate 5,000 miles to get a one-year golden card, or 1,000 miles to redeem some goods in designated airports. This means, to realize the value of the 300 miles she has already earnt, she needs to buy more flight tickets to meet certain threshold. Before that, the 300 miles are valueless.” 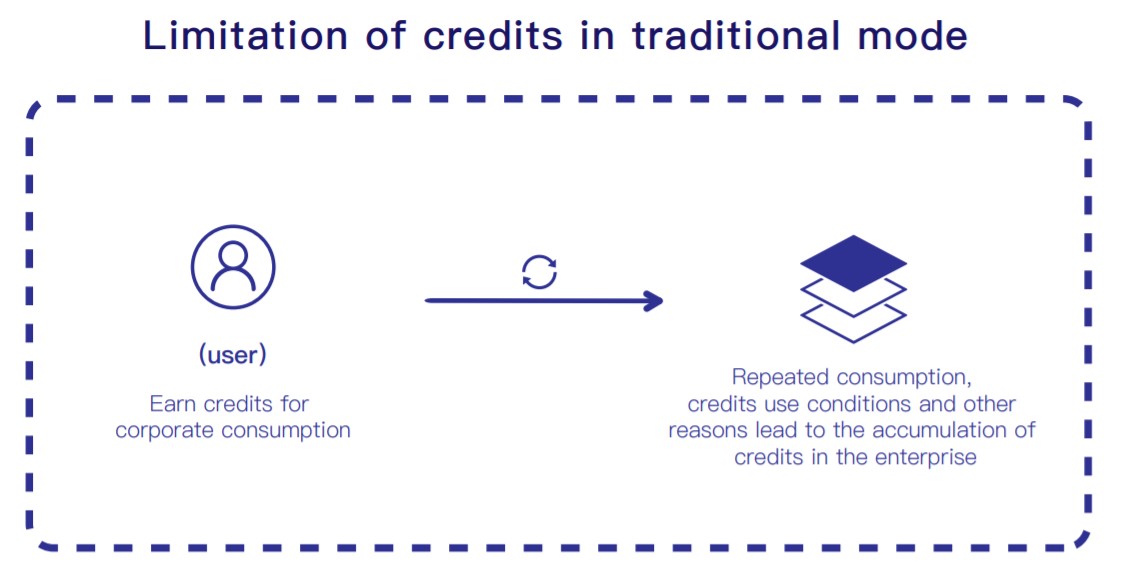 Currently, the industry of bonus credits is represented mainly by cashback services, which have united many companies and stores in one application but have not solved the main problem of bonus programs in the eyes of users.

IO Token is an ICOE certificate. It has a limited emission, and the IO Token will fluctuate along with the average value of bonus points in the ICOE payment system. IO – a digital asset can be used to conduct transactions or invest. It can also be sold, exchanged, and converted. 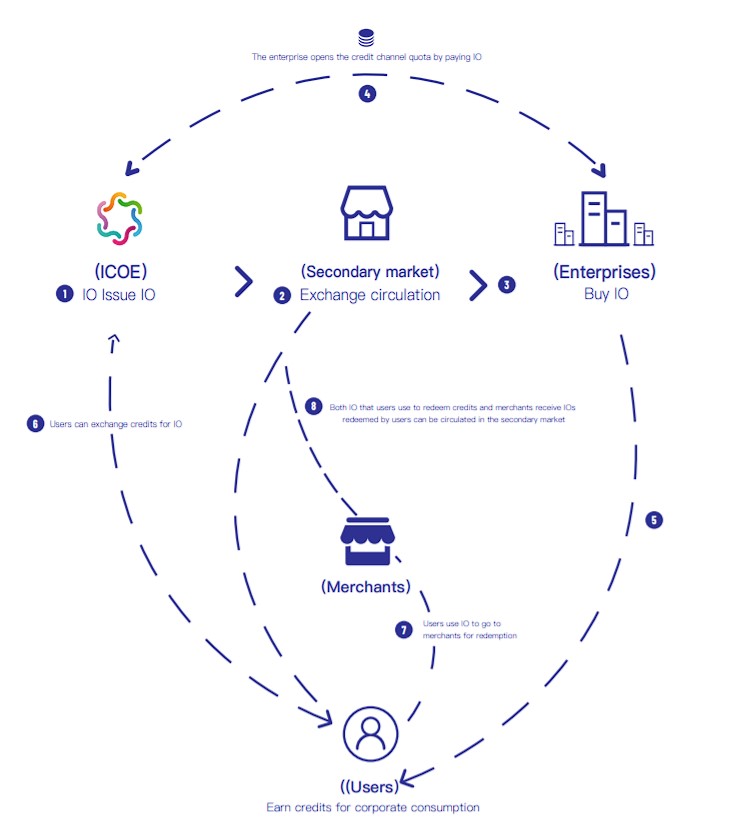 The growth of the token will be provided by the predetermined deflation. IO tokens have a number of differences. Individuals exchange bonus points received from companies for IO. Bonus credits earned on the ICOE platform will be calculated on the platform as the basis for the IO value. The huge base value of ICOE Rewards Points, spanning sectors such as airlines, gasoline, casinos, and shopping malls, should reinforce the value of the IO token. 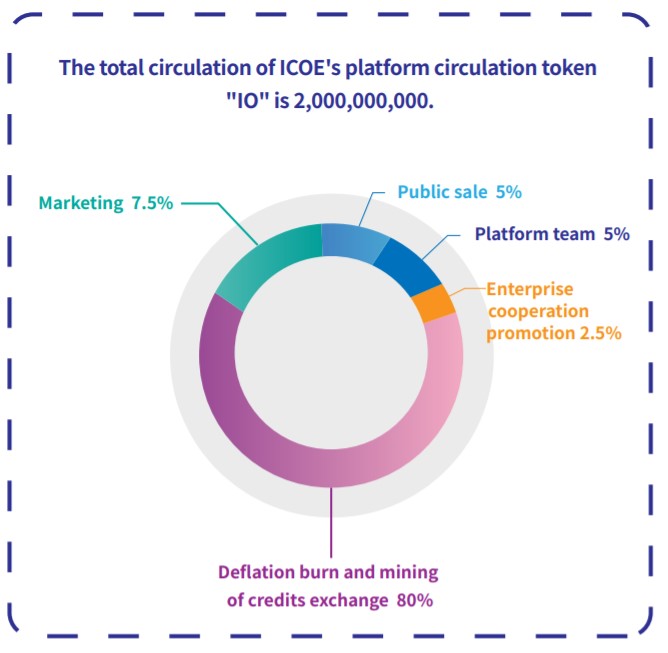 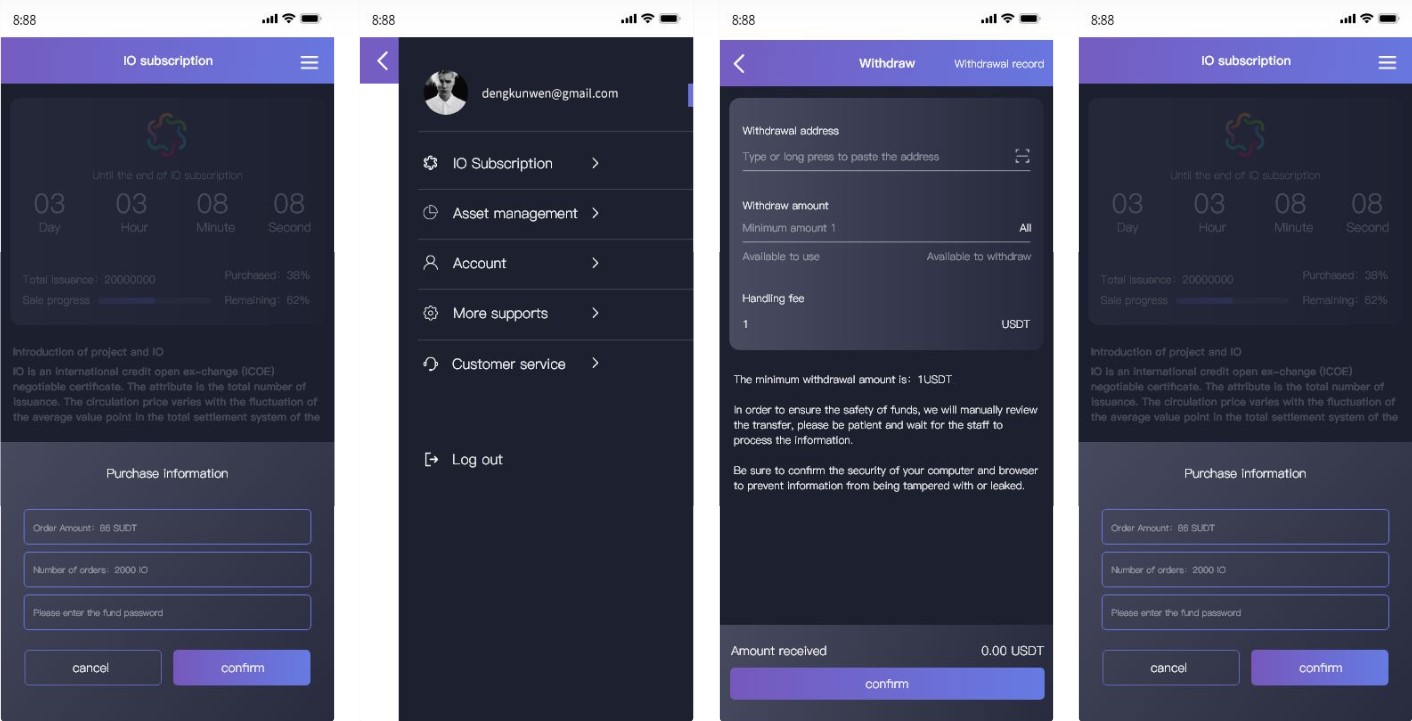 In the IO Token system, the security deposits paid by businesses on the ICOE will exist in the form of an IO Token pledge in the circulation system. 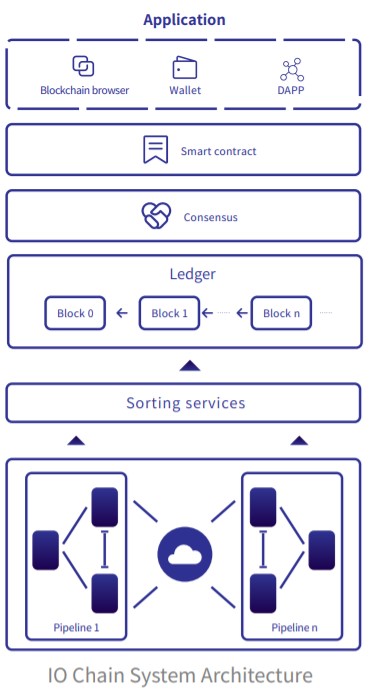 Every node and miner in the IO chain must follow the same transaction confirmation rules. Such rules are based on a password algorithm, not credit. At the same time, every transaction requires the approval of other users on the network.

With this consensus, there is no need for third party intermediaries or credit institutions to approve.

In a traditional centralized network, an attack on a central hub (such as a third-party payment intermediary) can destroy the entire system. However, in a decentralized system (such as the IO Chain network), an attack on a single node will not allow the network to be controlled or destroyed.

According to the official website of the project, its partners are: