Acapulco, Mexico (December 12, 2019) – Cryptopulco is excited to announce the
speakers for the 3rd Annual Crytpopulco as part of Anarchapulco, February 13th to
16th, 2020 in Acapulco, Mexico. 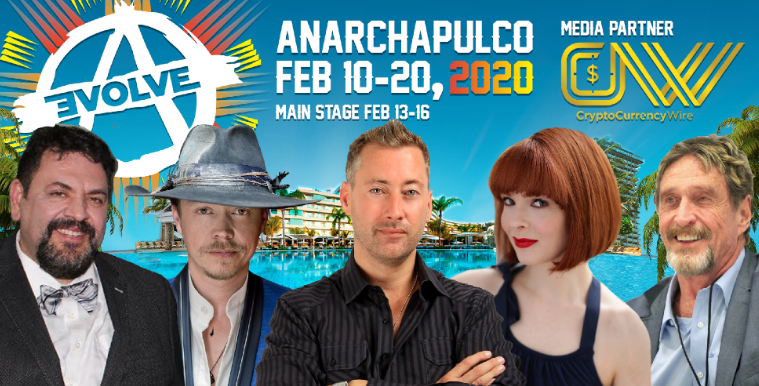 The speaker line up for 2020 includes:

The principal tenant of Anarchapulco is everyone is responsible for themselves and
that every relationship is based on voluntary participation rather than through forced
servitude or coercion. 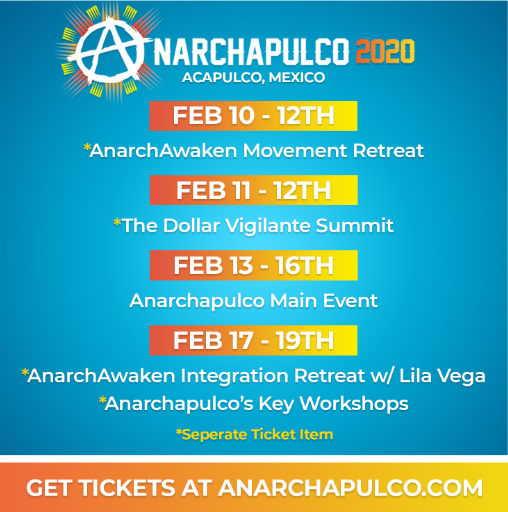 More speakers will be announced in the coming month including Cryptopulco,
The Dollar Vigilante Summit (TDV), AnarchAwaken, Free Your Family Camp as
well as musical guests.

The 10-day event series will feature a pre-event retreat focused on physical healing, movement and connecting from Feb 10-12th, the TDV Investment Summit will be Feb
11th &amp; 12th, the main Anarchapulco conference will be Feb 13-16th and Feb 17-20th
will feature key workshops hosted by known philosophical leaders with a post-event
a retreat focusing on healing integration.

CRYPTOPULCO is Latin America’s largest Crypto event held annually in Acapulco,
Mexico. Started by Jeff Berwick – Activist, and Host &amp; Producer of The Crypto Vigilante, The Dollar Vigilante, and Anarchast,, and has featured the leading thought leaders and activists from Roger Ver, founder of Bitcoin.com to activist John McAfee.
Cryptopulco is the only conference of its kind to accept crypto along with fiat for the
price of the ticket and the hotel reservations. Cryptopulco is produced by Anarchapulco where the principal tenant is that everyone is responsible for themselves and that every relationship is based on voluntary participation rather than through forced servitude or coercion. The development of cryptocurrencies has allowed for free market choices to develop which has given more sovereignty to individuals in regard to their personal financial freedom. Cryptopulco looks to bring the latest in news and technology on crypto and blockchain to the world at large.

The hotel room prices quoted on the site includes all fees. Guests will only need to
cover their incidentals, like food and beverage, when checking out.

To stay up to date and get your ticket to go to www.Cryptopulco.com or
www.Anarchapulco.com For interview requests or additional information please contact: media@anarchapulco.com