The World Investment Forum will be held at Nurimaru APEC House on Dongbaek Island, Busan, South Korea in October 2020.

Investment firms such as JP Morgan and Morgan Stanley and major international organizations such as the United Nations and APEC are also expected to attend. 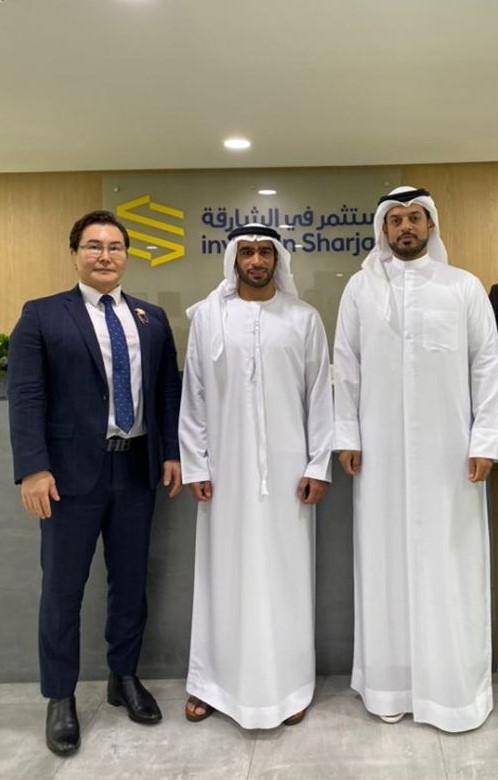 From the left side of the picture, Bruce Jeong (Deputy CEO of the Eulogian Foundation), Mohamed Juma Al Musharrkh (CEO of the Invest in Sharjah), and the Sharjah Royal Family. (provided by the Busan International Blockchain & AI Alliance).

The World Investment Forum will be held in October 2020 at Nurimaru APEC House, The Bay 101, and Westin Chosun Hotel on Dongbaek Island in Haeundae, Busan, South Korea.

During the Forum, there will be investment sessions on blockchain, artificial intelligence, smart cities, VR, AR, next-generation new materials, batteries, medical, and social problem-solving. In addition, there will be events that apply crypto banking and central bank digital currency(CBDC), the world’s first blockchain-enabled financial technologies.

According to the forum organizers, Investment firms such as JP Morgan, Morgan Stanley, Goldman Sachs, ID2020, BMW, Ferrari, IBM, Accenture, KKR, etc, expressed their intention to attend, and major international organizations such as the United Nations(UN), APEC, UNICEF, WHO, WFP, etc, will also attend. In particular, they explained that in the case of the United Nations, it was the first time that they announced their intention to attend a blockchain-related forum.

They also stressed that officials from overseas central banks, including Sweden, Japan, Brazil, and Egypt, have expressed their willingness to attend the session, while countries such as Iraq, Tanzania, Congo, Uzbekistan, Uganda, Colombia, Argentina, Nigeria, and Ethiopia are also considering to be present the forum.

In addition, blockchain-related companies such as Bakkt, Bitcoin Foundation, Facebook Novi, Hyperledger, and R3 are also expected to attend.

The World Investment Forum, which will be held in Busan in October, will be hosted by Pave the Path, which promotes the Busan International Blockchain & AI Alliance(BIBAA) project and the 2030 World Expo Ambassador program with the Eulogian Foundation.

The official of the forum said, “Investment firms around the world are very interested in South Korea, where the country is still operating normally in the Corona phase, They are paying attention to the fact that Busan is the world’s first officially designated regulatory free zone for blockchain, and this is crucial to why Busan can become a city that can create a global technological standard for the fourth industrial revolution,” he said, revealing the background held in Busan.

“The Eulogian Foundation and others are paying attention to the fact that the 2030 World Expo in Busan could lead to North Korea’s economic opening and the Eurasian railway project. This will create tens of times more value than the current value if North Korea`s mineral resources, which are known to have a potential value of $3 trillion and South Korea`s top technology companies work together to develop and mass-produce new material,”he added.