Sergei Khitrov is an entrepreneur, investor, and crypto influencer from Russia. Sergei, with a team of PR specialists, marketers, and managers, has been hosting the world’s largest crypto forum Blockchain Life since 2017. The event is attended by TOP speakers from the cryptocurrency and blockchain space.

We managed to talk with Sergei, listen to his opinion on many issues relevant to the entire crypto-community, find out plans for the future, secrets, and tips that will help to achieve better results in work, business and investment!

That’s right, this is our 6th Blockchain Life. We do all these activities not to earn money, but to unite the community, people from all over the world. It is clear that, given the closed borders, not so many foreigners came, one way or another, many could not get to the event.

We collect the best speakers, the best audience and select the best exhibitors. We work very closely with the speakers, we do not have any advertising during the speeches, only useful content. In addition to the conference part, we have a large exhibition part, various activities, gifts, networking areas where people can tell about themselves and get acquainted. Also, a job fair where attendees can find jobs with companies from the crypto industry.

We make the event for the community, not for the money.

We held the event both in Russia and in Singapore. And when this happened in Russia, we invited and brought those speakers who would never have come here, but we were able to come to an agreement.

Our main activity is the listing of projects on cryptocurrency exchanges, and this main business is known all over the world. And we, by virtue of our activity, manage to get very strong, TOP speakers who never come to Russia. Due to this and because of the speakers, because of the companies that are present with us, thousands of participants come.

And, of course, we were very strong marketers and advertisers in the past, even before the crypto sphere. One way or another, we know how to gather people.

The focus has not changed. There are people who come to earn money to find out how to make money in the crypto-sphere, those who want to increase capital, who are already in the market, who want to find some alternative sources of investment, etc. Those who come for mining, learn the secrets of trading, for regulation. Someone to find out what is there with bitcoin in terms of regulation in Russia and the CIS. Someone for blockchain implementation, find out information about it.

The topics are the same, but it is very important to understand that we hold a forum every six months, and during these six months the market is completely changing. And often what is said at an event in January may not be relevant already in February.

Why it is imperative to visit Blockchain Life – because it says specifically relevant information, the one that is relevant right now, and also says a lot about various perspectives.

We created such an event, and the speakers, who usually ask for transfer, accommodation, and some expenses, now want to join us, and we are already deciding whether to invite them or not. And if we invite them, they get there at their own expense. We now have such a policy that we do not pay anything to anyone at all.

Well, in fact, about the Blockchain Life Awards, the results of course were not entirely predictable, because only in some nominations everything was predictable. We saw in many nominations companies that significantly outstripped their competitors because they advertised the Award well among their community.

But if you look at several other nominations, such as Best Media, or TOP Person, there was a very hot struggle between the main competitors. We didn’t know until the very end which of them would win. 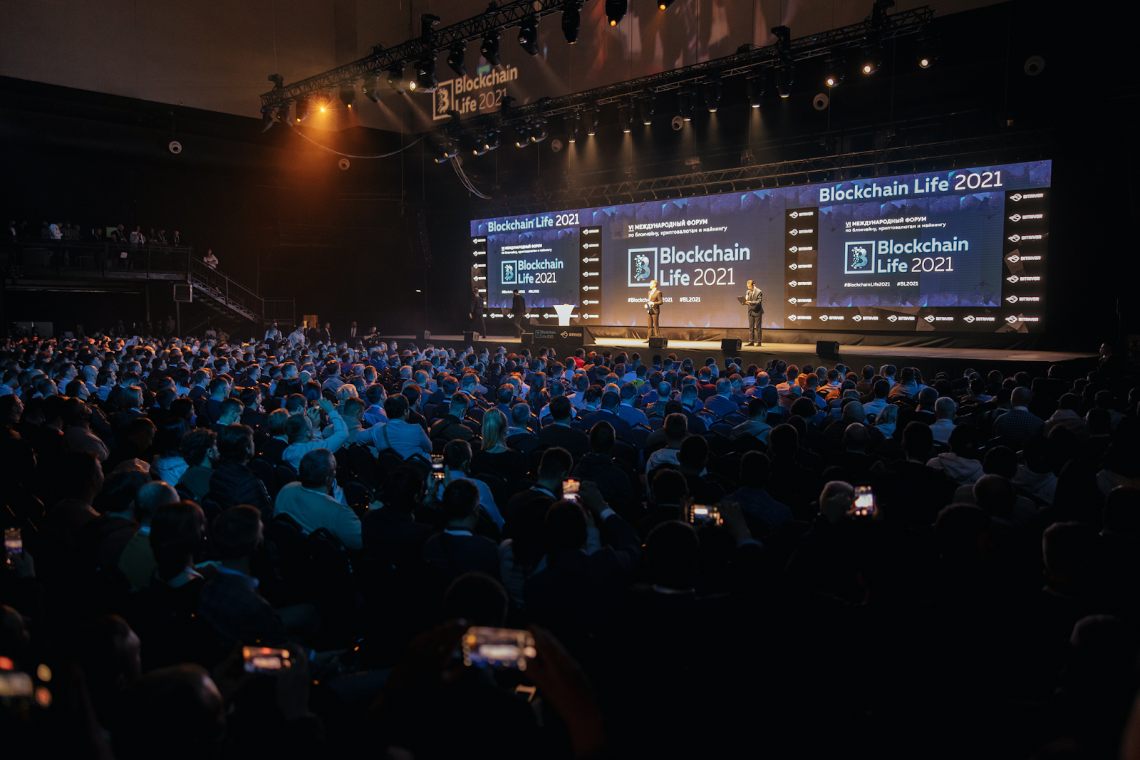 Yes, I predicted this, but it is clear that in the current cycle the ceiling maybe 65-70 thousand, it may even reach 100, but one way or another the market will still be corrected, we see a fall. But if we talk about the long term, my forecast of $10 trillion is a long-term forecast, 10, 15, 20 years ahead. I believe, as it seems to me, we will still achieve such capitalization.

Bitcoin will be a kind of digital gold, and gold capitalization is now also about $10 trillion, to be exact, at the time of this interview, just over $8.3 trillion.

You need to understand that crypto and bitcoin are very volatile financial instruments, in any case, the market will throw up and down. But my long-term forecast is BTC capitalization of $10 trillion. I think it is realistic. When we will see it – in a year, in 5 years or in 15-20, it is difficult to say, but we will see it. I would consider Bitcoin and cryptocurrencies as long-term investments.

Probably my favorite altcoin is CHILIZ, I made x100 on it, and now I’ll tell you how it was. As long ago as Juventus F.C. was listed on the first exchange, a little later they were noticed in Coinmarketcap. We wrote to Juventus, PSG, and some other F.C. and offered to work on the listing, because we ourselves bought these tokens and decided to offer them our services. Juventus said “Make an offer for us,” and a day later they referred to the fact that they did not have specialists to understand the blockchain, listings, and all matters one way or another related to cryptocurrency and blockchain. We heard “here is CHILIZ, who is responsible for all this activity”. And at that moment we realized that CHILIZ is the platform that unites the football world and the crypto sphere. That is, they just help the top clubs to issue fan tokens. Later, CHILIZ helped tokenize and issue fan-tokens to even large gaming clubs such as Navi, OG, and so on.

We looked at it all and saw that football clubs began to be tokenized and one team was responsible for all this. We invested in it, in this CHILIZ token, and after some time, after 5-6 months, the project made almost x100. And we partially fixed the profit. It was very nice to make such a profit in six months. I believe that the project is still promising since many TOP football clubs will still be tokenized, basketball, other gaming clubs, and so on will be next.

The second token I would call TWT, Trust Wallet because it is one of the largest wallets in the crypto market, which will soon be able to give serious competition to Ledger and Trezor. Of course, they are in slightly different categories, one way or another, this is a project that should enter the TOP-50, as I see it. I have already made a good profit on it, but I still expect the project to grow much higher.

And the third is BNB. Binance made a very cool coin, which, due to low fees, was able to attract a very strong audience. A lot of staking, farming, and issuing new coins have moved to the Binance smart chain due to fast transactions and low fees. Because when, at peak times, even the supply of liquidity via Ethereum contracts can reach $ 1000, these are very high fees. And Binance smart chain was able to solve this issue. I think we will see more BNB growth in the near future. As for whether BNB will be equal to Ether in terms of capitalization, this is unlikely, but it will give it very serious competition.

One way or another, I either work with many crypto influencers of the first league or have communicated at some point. Since many of these crypto influencers are the owners of large exchanges with which we work, we solve some important issues through the owners. Well, many TOP speakers have already come to our event. 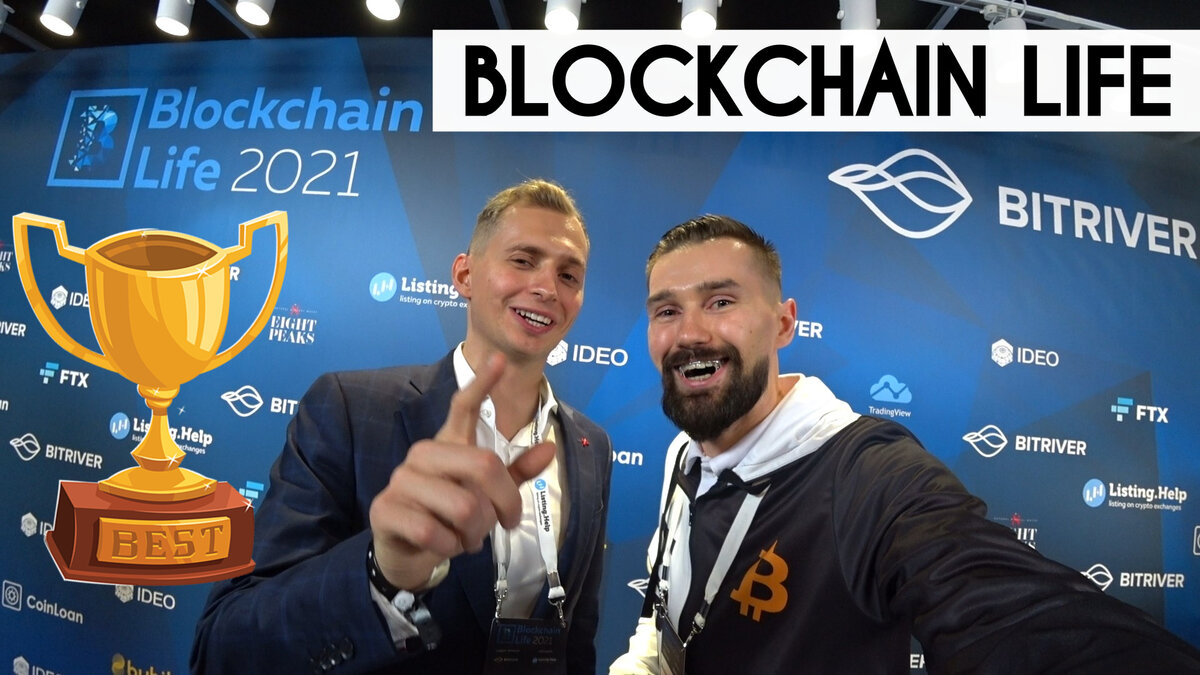 With whom I would like to speak most of all and with whom I have never communicated, probably with Buterin, with the Winklevoss brothers and Ray Dalio. It is interesting for me to talk to them, find out how they think and what their vision of the future financial system and the crypto world is.

The next event we will still have in 2021, will be held at the end of October, we have already announced it and more than 700 tickets have already been sold, although there are still almost 5 months before the event. Of course, we want to improve the quality of speakers so that there are more foreign speakers, we hope that the borders will have already opened by that time and we will do our best to attract those speakers who have never performed on our platform, but they are TOP influencers or TOP dealers in the crypto market. And of course, every year we have a growing desire to improve the quality of the audience and increase its number.

“One phrase heard on the sidelines, one acquaintance can change your life.”

We met a lot of people who came to the forum, found work there, some promising projects, thanks to which they made a profit, understood some topics and started earning very good money.

You should not be shy, not afraid to communicate, approach, and share some useful information with each other.

From the stage, we do our best for the speakers to give useful information, but also very interesting information is discussed on the sidelines.

We gather really strong people, TOP people in the industry, who can share important information. And you should definitely come to the party, because there is informal communication, in a free atmosphere, where you can also hear many interesting things.