On August 6, Singapore-based digital asset exchange ABCC announced in a Medium post that it would set up an office in Malta in a move aimed at strengthening its presence in Europe. ABCC follows in the footsteps of Binance and OKex which opened offices on the island earlier this year.

The firm’s move to Malta is anticipated to create new employment and investment opportunities in the island nation. 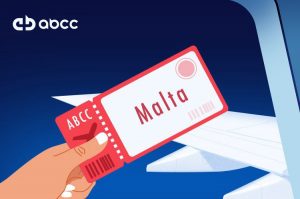 The exchange also announced its sponsorship of the Delta Summit 2018, the Maltese government’s official blockchain event.

In a bid to transform itself into a favorable investment destination for fintech, the Parliament of Malta has passed three bills into law to establish a regulatory framework for blockchain technology earlier this month. The bills include:

Junior Minister for Financial Services, Digital Economy and Innovation within the Office of the Prime Minister of Malta Silvio Schembri welcomed ABCC’s decision to establish its headquarters in Malta:

“This comes just a few weeks after the Maltese Parliament enacted into law the highly anticipated three bills which will pave the way for the creation of a new economic sector. I thank ABCC for putting their trust in Malta and for providing their input to implement our vision and make Malta The Blockchain Island. I look forward to ABCC’s participation in Delta Summit, Malta Government Official Blockchain event, which will exhibit how far Malta has gone in becoming a leader in DLT regulation,” – said Schembri.