æternity—the blockchain platform created by Erlang pioneers and programming industry legends, is ready for its first big public assembly. æternity Universe One, as the number suggests, is the first of what will be æternity’s annual convention, and will kick off this September 20-21 in Paralelni Polis in Prague, Bohemia. Paralelni Polis is a center for art, social sciences, and modern technology that hosts international conferences in the crypto space, with the renowned Hackers Congress Prague among them. 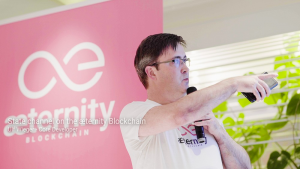 æternity prides itself of intensive development activity. In fact, a report released in March 2019 by Electric Capital noted the platform for having over 50 devs monthly, and for having over 13,000 code commits at that point, bringing æternity alongside the ranks of well-known projects like Augur, Lisk, and Holo.

And for the first time in its history, around 500 participants comprised of developers, entrepreneurs, students, and big tech minds from its global community will be coming together to discuss the platform’s scaling solutions for global use.

The conference is not limited to developers, and æternity highly encourages entrepreneurs, designers, students, techies and non-techies alike to join the gathering.

“Everyone is absolutely welcome to attend the conference. We’d be very delighted to meet as many like-minded tech builders and curious dreamers as possible. You never know which of the people you meet will someday become the founder of an industry-breaking product,” says Emin Mahrt, Member of the Board at the æternity crypto foundation (æternity’s non-profit arm).

“We want to be there to witness their early beginnings before they explode—before their own Big Bang, if you will,” he adds. “We do have to cap the attendees at 500 max, however. Maybe next year, we’ll be able to accommodate more.” 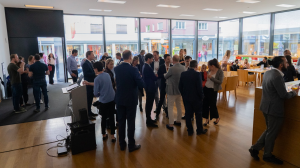 The event is a great opportunity to explore possibilities for change-makers and will feature valuable talks and workshops, as well as demo applications by start-ups building on the æternity platform. A hackathon will also be conducted shortly before the event, on Sept 14-15, where developers take on the challenge of building meaningful and disruptive applications using æternity’s tools and its signature smart contract programming language, Sophia. In keeping with the promise of decentralization and inclusivity, æternity has also very recently opened up community campaign proposals to the public—anyone can propose projects that would benefit the æternity ecosystem, whether specifically for the æternity Universe conference or the platform in general.

The æternity community believes opportunities should be open to everyone—regardless of financial capacity. In fact, those who cannot afford tickets but are interested in joining the event may apply for free tickets.